If the Switch isn’t quite Nintendo enough for you, third party hardware company 8Bitdo has you covered.

The Switch has obviously gone a long way to appeal to fans of classic Nintendo, since while it’ll soon be home to all-new and different takes on Mario, Zelda and Metroid it’s also home to things like Ultra Street Fighter 2, Sonic Mania, Namco Museum and a string of SNK classics. We’re also eagerly anticipating the day when Nintendo decides to bring the Virtual Console to the system, introducing games from the NES, SNES, N64 and hopefully beyond.

Third party hardware manufacturer 8Bitdo is ahead of the game in this regard, since they’ve already got a string of retro-inspired accessories on the way for the Switch. 8Bitdo has been around in the US for a while, but these accessories are now getting a wider distribution in Europe and other territories. 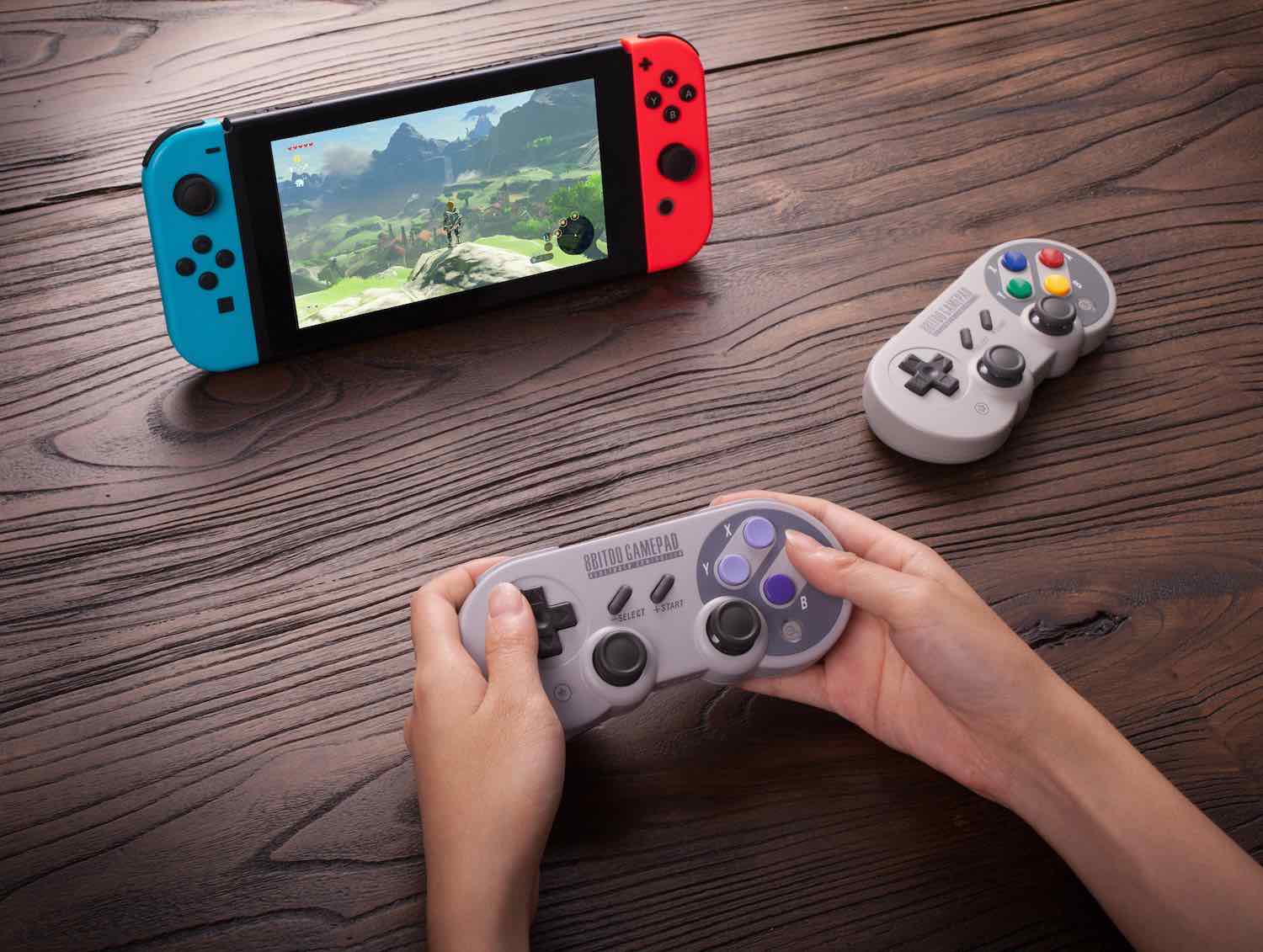 I’m fairly familiar with 8Bitdo, since a while ago I loaded my laptop with classic games and wanted a slim bluetooth controller for train rides and the like. I ended up picking up the NES30 Pro, a slimline bluetooth controller inspired by a NES pad with a strong build quality. I still use that controller now, and so I’m pretty excited to see what the company do on the Switch.

They’ve announced a few accessories, but the most interesting are no doubt the SFC30 Pro and SNES30 Pro – essentially SNES controllers in either the Japanese/European or US-themed colours but with added analog sticks, vibration, the Switch-standard motion control and a rechargeable battery. They’re bluetooth, so will work with phones, PCs and other devices as well as the Switch.

8Bitdo also has an arcade stick coming, the NES30 Arcade, ideal for the Switch version of Street Fighter 2, and some d-pad themed bluetooth speakers. The Arcade Stick features a NES controller design and the now standard eight-button layout. No word for arcade stick snobs on what kinds of buttons or switches are used inside yet, mind. The company also continues to ship the NES-themed controllers they put out before too, though these lack the newly added motion control and vibration options.

These things seem pretty cool – and serve as a decent reminder that the virtual console can’t come soon enough.