Destiny fans are not at all happy with the current state of weapon balance in Destiny 2 PvE, which they believe is the result of a skewed focus towards balancing PvP.

This sentiment has been shared everywhere online, including the VG247 work chat room. At the time of writing, the top five threads on Destiny’s sub-Reddit are all talking about the same thing: how the attempt to balance PvP has resulted in making PvE less fun.

If you’ve yet to jump in yourself, the short version is that Bungie has invested a lot in making PvP gameplay more balanced. This manifests itself first and foremost in how weapon classes are arranged in Destiny 2 compared to the first game.

Because the developer never quite got the balance of shotguns, sniper rifles, and heavy weapons right in Destiny 1’s Crucible, it went with a completely different system in Destiny 2. As seen in the beta, shotguns, sniper rifles, and heavy weapons are now all under the new Power Weapons banner. You can only use those when you have Power Ammo, which is itself on a timer and very limited.

Although PvP fans have largely received this well, the new designs had the complete opposite effect on PvE. You can no longer snipe enemies from a distance for crit damage before quickly switching to your primary. The tactic of keeping a shotgun equipped to deal with adds at close range is also gone. 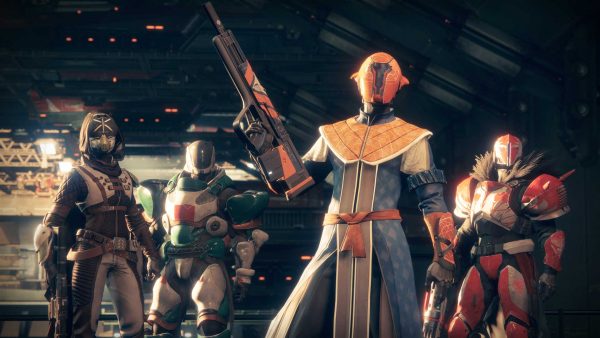 In essence, the Power Ammo you get has to go to either heavy weapons, your sniper rifle, or shotgun. This, on top of Power Ammo itself dropping less often than it did in Destiny 1, means you’re using your primary weapon for almost the entirety of a boss battle.

Despite the final encounter in the Inverted Spire strike being very dynamic with the way the arena keeps shifting, more and more players admitted that it’s just isn’t fun fighting the big guy. Many complained about how the new rules accentuate the fact that bosses are bullet spongy – something the original Destiny certainly had, but was made less of an issue because of better access to high-damaging weapons.

As it stands, Bungie risks pissing off PvE players – arguably the larger base – because the studio can’t or isn’t willing to balance each component individually. These voices will no doubt get louder when the open beta goes live tomorrow.