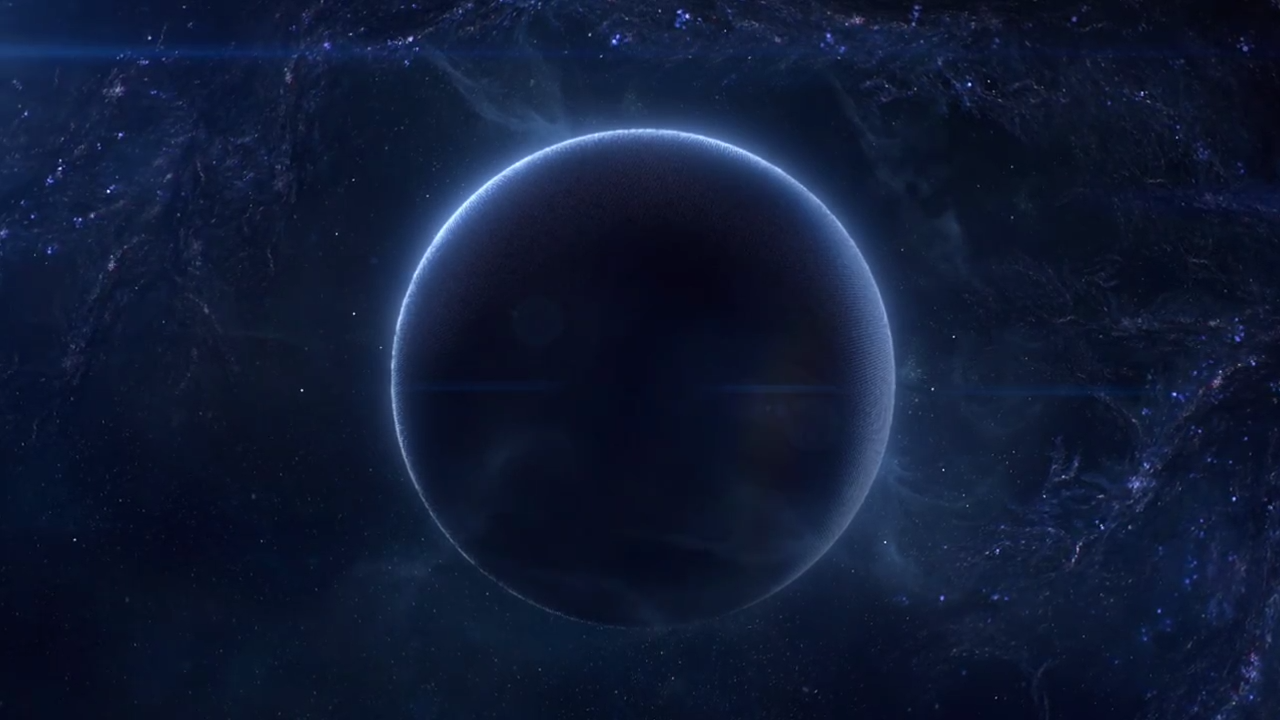 After The Journey to Meridian and optionally adventuring on Elaaden, it’s time to finish Mass Effect Andromeda. This is the final priority op, so completing it will bring you to the credits screen – although you can, of course, keep playing after the story concludes.

The Point of No Return

The absolute final point of no return occurs in this quest, at the “embark” prompt. Although most uncompleted side content will still be available after the end of the game, a few key missions won’t be. Additionally, some small aspects of the game’s ending change depending on what you have and haven’t done, and the choices you made, so you’ll want to get everything done and dusted before you take the final plunge.

As a general guide, you’re pretty safe ignoring any Task-tier quests that involve tracking down three signals, bodies, transmitters or whatever from random encounters on planet surfaces; these don’t have any effect on ending sequences. On the other hand, loyalty quests, the Ark missions and planetary viability quest chains are worth doing before you proceed.

Most importantly, make sure you finish anything involving the Hyperion. These quests will not be available later. Tidy off any quests marked as coming from the Hyperion in your quest log, for they won’t be available post-credits although everything else will.

We’ve listed all the side missions and tasks that unlock alongside each major mission on their walkthrough pages – you can use this as a checklist of sorts. You can check out all of the available quests via our guide hub, and you’ll find the most recent quests that unlocked on the pages for Hunting the Archon and The Journey to Meridian. 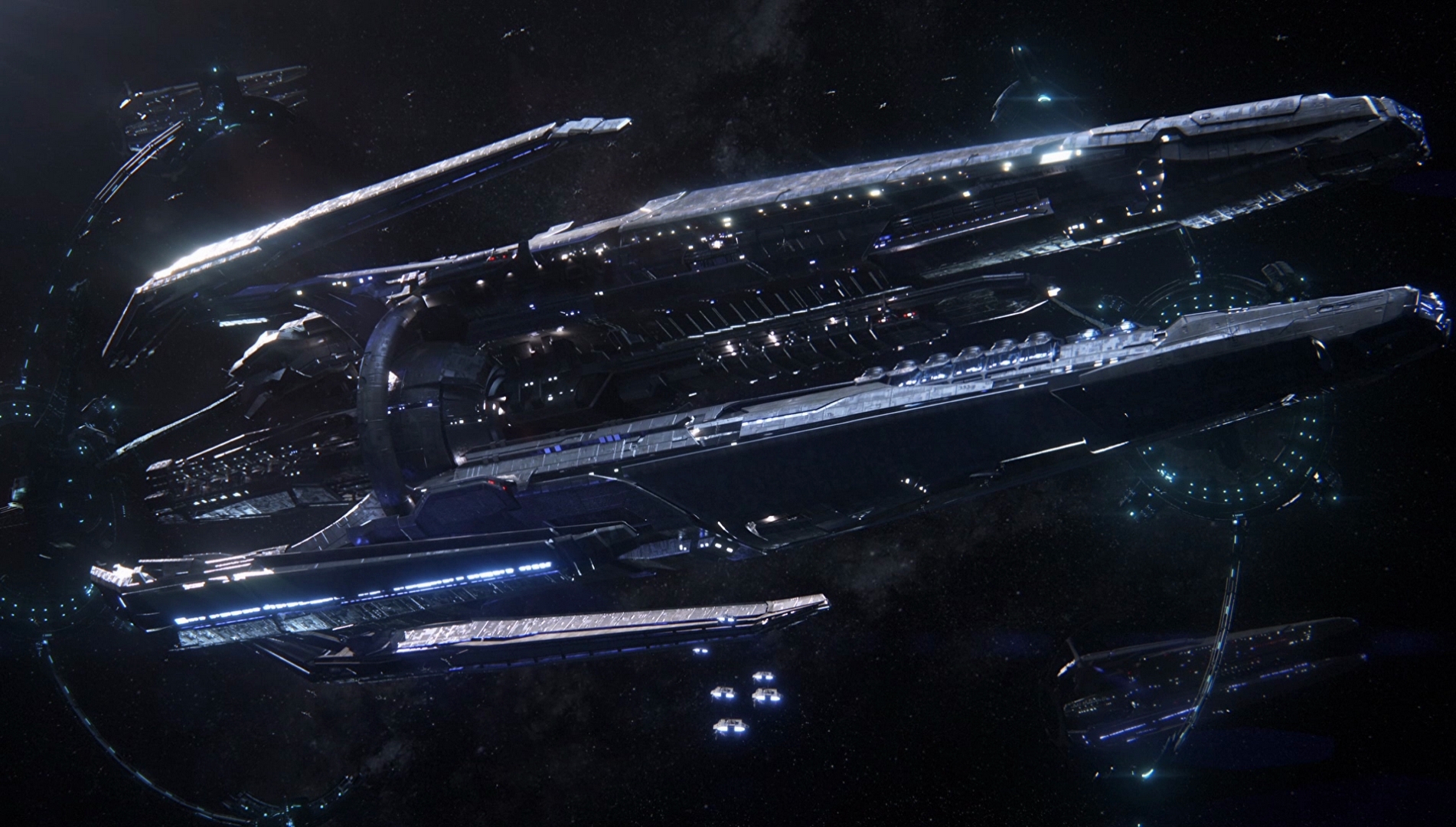 Before you head to Meridian, there are some quests you should consider doing. These quests will have a significant impact on the finale of the game – so if you don’t do them things will be different and quite possibly a little worse.

Below, we explain the missions in question and why: 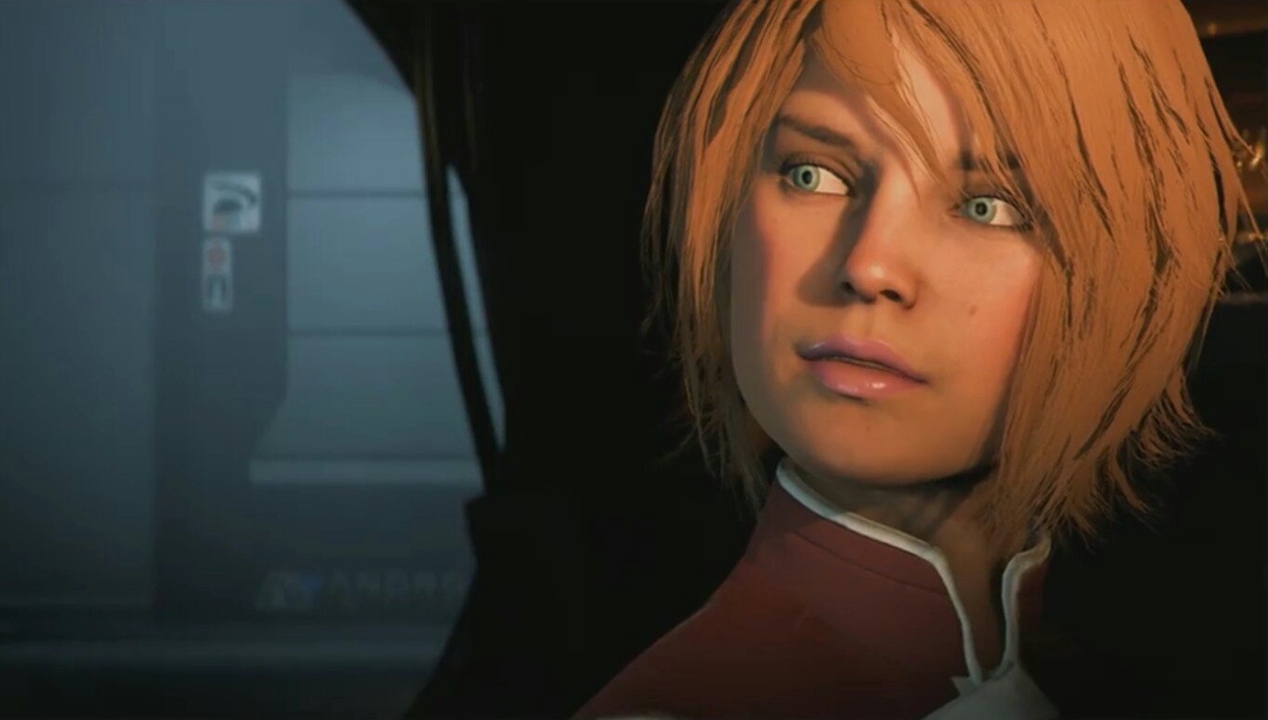 In order to track down Meridian, there’s a bit of busy work too. First off, chat to Suvi on the bridge of the Tempest. After some exposition you’re to use the Galaxy Map and collect data on the Scourge. Since you’ll be travelling around anyway this is an ideal time to tidy up missions, as mentioned above.

Once you’ve gathered the data you’re pointed to, use the terminal on the Tempest Bridge to analyse it. You’ll then be pointed back to Khi Tasira, the place we visited in the previous main mission, The Journey to Meridian.

This is where the true point of no return is, and the game will alert you of this fact. When you’re ready, head to Khi Tasira to kick off Mass Effect Andromeda’s finale. 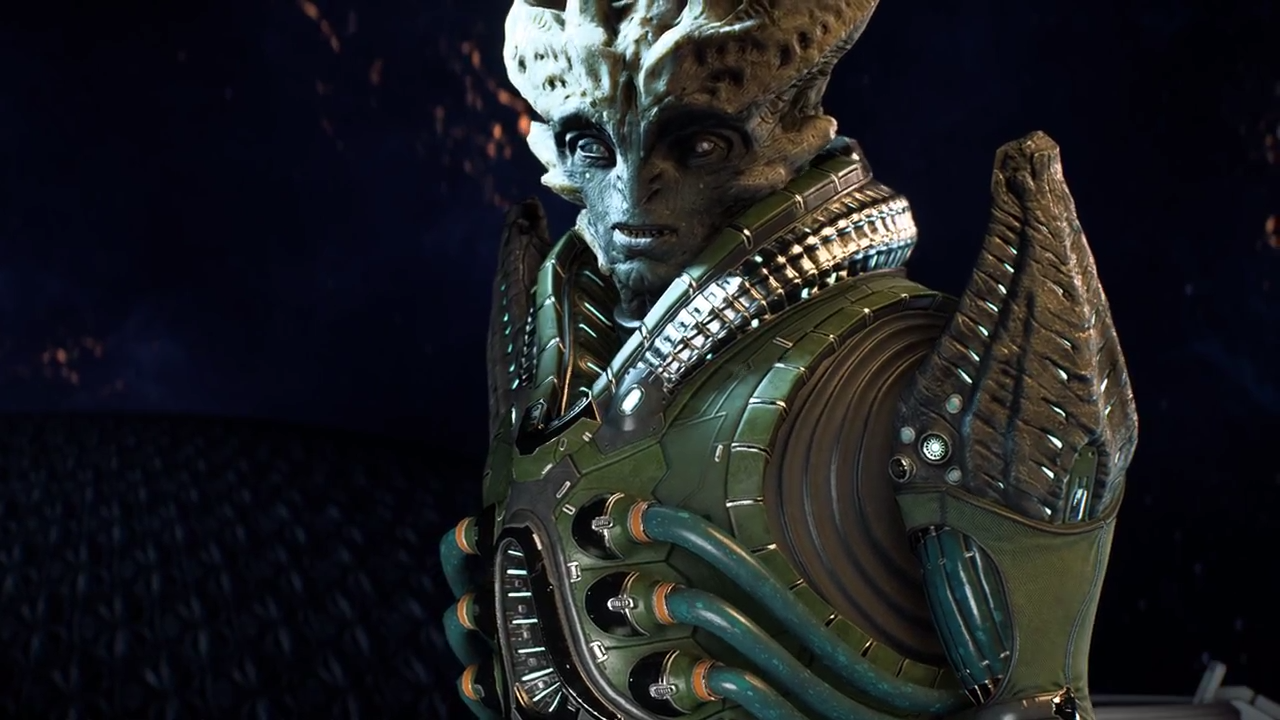 Back on Khi Tasira – and the Hyperion

On Khi Tasira you’ll face a number of Remnant enemies – remember that these guys are synthetic, and so they’re vulnerable to electricity-based attacks such as Overload and other tech powers. Remember, however, that the load-out you pick will carry through with you right to the end of the game – and that’s going to involve a big boss encounter and some further encounters with the Kett. Pick a load-out and build that you think can handle both sides of things.

Battle your way through Khi Tasira – then you’re in for a bit of a surprise. We won’t spoil it.

Now you have to battle your way through the Ark Hyperion – the difference being that you don’t have much in the way of weaponry. Use your pistol and grenades carefully to take down the Kett – it’s only the Chosen, so you don’t have to worry too much about this compared to other encounters. As you progress, you’ll soon find much deadlier Kett, but the story gives you a way around it.

Get to the console indicated and use it. Some story unfolds… and then you’ll find yourself back aboard the Tempest. 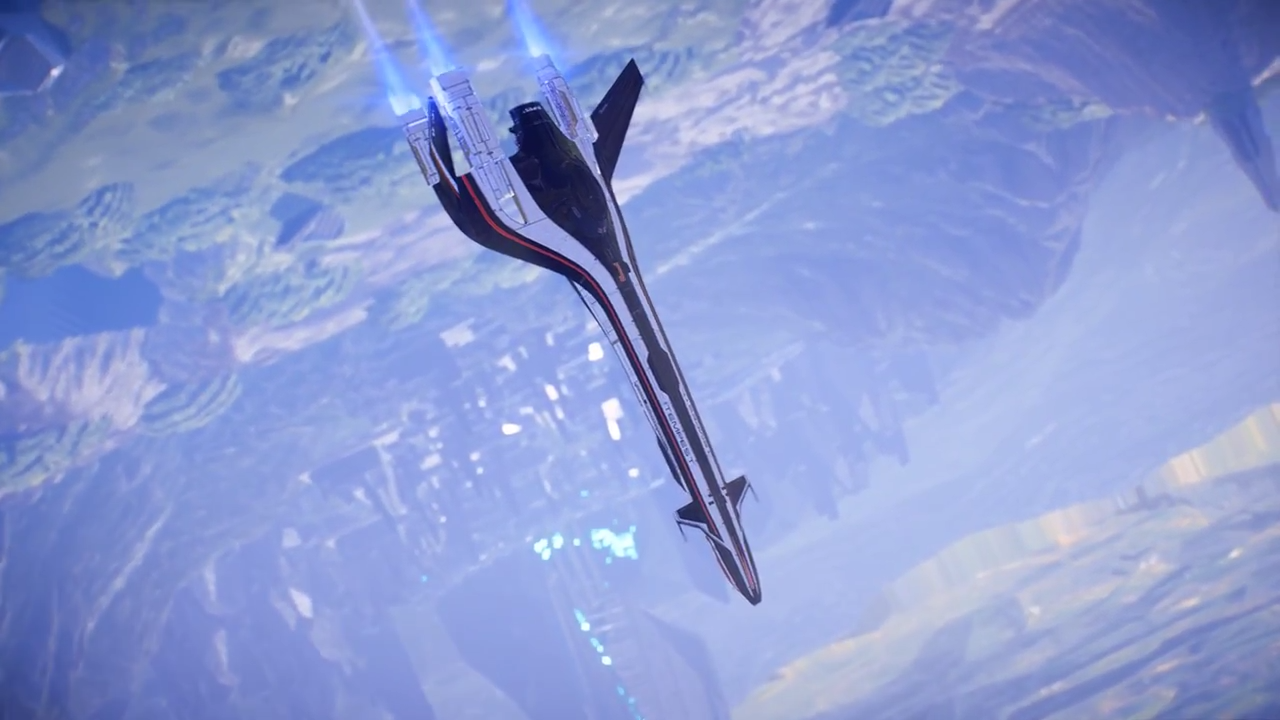 The Final Battle for Meridian

On the Tempest things don’t stop for a breather, not really. This is a last chance to talk to your squad before the finale – in case, you know, anyone doesn’t make it. Or just to give them a pep talk – either way, consider taking the time to have a chat with each of them. While you’re back on the Tempest, this still counts as part of the mission, so you can’t save or fly anywhere else.

This is now a final assault. Here, your choices from throughout the game will come back to help or haunt you in the form of which friendly faces show up to help you – or which ones don’t. The Pathfinders, the Angaran Resistance – lots of people can help you depending on your decisions throughout the game, as detailed in the rest of our guide.

Fight your way through the waves of Kett enemies. Everybody is at this party – there’s Ascendant, Chosen, Anointed, Destined, the works. You’ll even face the occasional rare Exalted Krogan. We’ve published strategies on how to take down several of these tougher enemy types on our other pages.

You know how to take all these down from hours of battling Kett right across the Heleus Cluster – just employ everything you already learned here. Remember that you can order your squad to focus fire and ability use on a particular enemy if you need to take them down fast, and keep moving from cover to cover to keep yourself safe.

The fate of Captain Dunn

At a point in this final push Captain Dunn of the Hyperion will throw herself in harm’s way for the greater good. She will die unless you made some prescient decisions throughout the game: if there is a helpful Asari Pathfinder and if Avitus is the Turian Pathfinder, Captain Dunn will be saved.

The Final Boss – The Archon and the Architect

After Captain Dunn’s fate is decided you’ll have a series of more difficult battles including an Exalted Krogan and a Fiend at the same time(!), but again, your basic combat smarts will see you through this one. Clear out the Kett and push on, and then you’re going to be given a more specific task.

What you need to do is get to the position pointed out to you by your helpful ally and then hold your position there until the console you need becomes active. You’ll have to repeat this three times. That doesn’t sound so bad, right? Well… there’s a catch.

The catch is an architect. The good news is that if you’ve been fastidious about your side mission completion you will have already battled a few of these bad boys, though this battle is a little different since you have an additional objective to worry about. Still, our original architect strategies still very much apply.

Here are some basic tips:

Once you interface with all three consoles you’ll be able to fully defeat the Architect and with it the Archon. Meridian is yours! We’ll leave what happens next for the game to explain. Or you could watch the video below.

Don’t worry, Mass Effect Andromeda continues after these scenes play out. You can explore the Heleus cluster at your leisure.