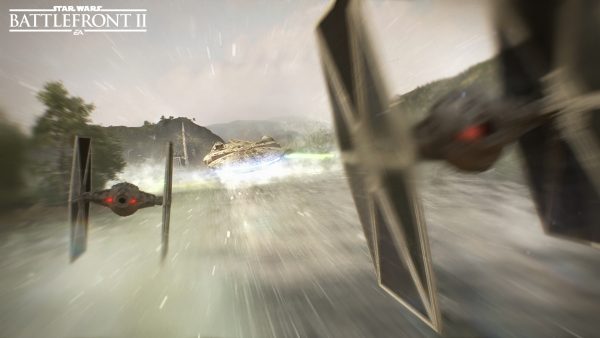 In the information blowout following the reveal of Star Wars: Battlefront 2 on Saturday, developer DICE has been clarifying many of the game’s features.

Among those is confirmation that Battlefront 2 will indeed support offline, split-screen co-op for two players. The studio did not say if this will be done via a separate mode or if it’s going to be part of multiplayer.

DICE did confirm, however, that rewards and other customisation items you earn by playing the mode will carry over to the online portion. Unfortunately, this mode will not be part of the PC version.

The game’s official website clearly mentions PS4, and Xbox One as the only platforms where this feature will be available. Though hardly surprising, the news will no doubt upset fans who want to play it in split-screen co-op on PC.

A lot of players with PCs hooked up to a TV treat it as a powerful console, so there’s definitely a market for these sort of local-play features on the platform.

The 2015 Battlefront has a split-screen mode that also snubbed PC.