Battlefest is back, and it kicks off on March 30 for Battlefield players, and DICE has laid out its plans for the event, along with some new Battlefield 1 features for the community.

Westie has all the information in his video, and nicely condensed as always; however, if you want to read a bit, there are many, many words below.

First up, DICE announced Premium Friends as a new system for Battlefield 1, where players who own the Premium pass can party up with non-Premium friends and drag them into DLC maps and modes. This sounds great for those who haven’t purchased They Shall Not Pass yet.

The studio said the addition was due to feedback received by the community, and the potential friction between friends who are Premium and those who aren’t. Plus, DICE says this will make sure maps have as many players as possible to “secure a good experience.”

How it works, is those who own Battlefield 1 Premium Pass can create a party which will be auto-tagged “Premium Enabled”. This allows everyone in that party to play on all maps, regardless if they own the content or not. Access to the maps will end when the party disbands.

There are some experiences are exclusive to Battlefield 1 Premium Pass owners, though. 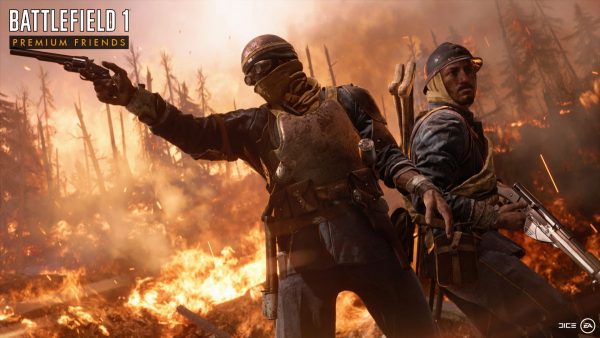 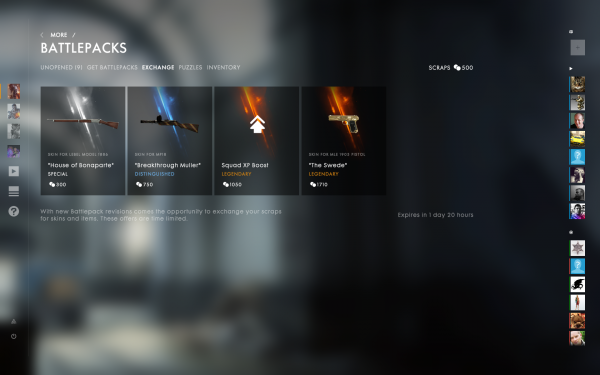 DICE has added new Scrap rewards for players highlighted on the End of Round screen during MP matches. Same rewards for simply playing a round and winning a round each day, which means there are 100 scraps to be grabbed each day from now on.

Players earn Scraps when turning in unwanted Weapons Skins, and previously, Scraps could only be used to buy Battlepacks. However, it is now possible to exchange Scraps for Weapon Skins and Squad XP Boosts. The amount needed to exchange for a specific skin or item may vary from time to time, and those with higher rarity have a higher Scrap cost.

Scraps can now be spent on three different Weapon Skins at a time, and these three options will be changed every week. Players will always be able to exchange Scraps for a Squad XP Boost.

Here’s where the fun starts just for playing. From today through March 31, players will earn Double XP in Battlefield 1, Battlefield 4 and Battlefield Hardline.

There is also a new Battlepack revision specifically created for Battlefest. 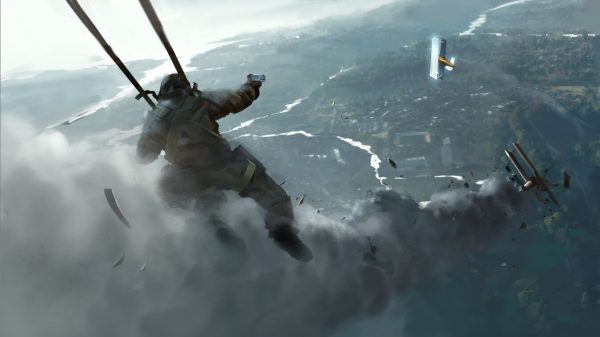 Again, Battlefest kicks off tomorrow, March 30. Look over the schedule below, and then jump in and have some fun. All times listed in UTC. To find what time that is in your area, click here.

Battlefield 1 – March 30 – April 9: Login and play between the above times and earn a DICE 25th Anniversary Dog Tag