The latest round of changes in the Overwatch PTR brings some changes to Orisa, days after she was first revealed. 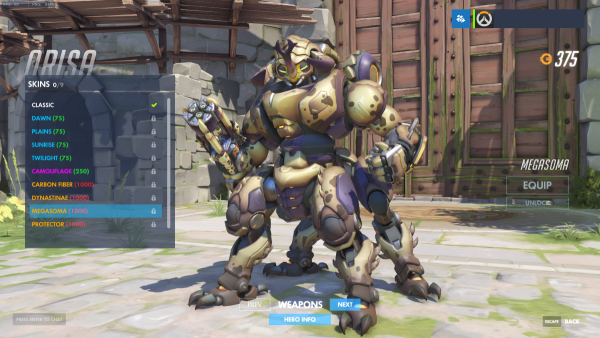 Last week, Blizzard revealed Orisa, Overwatch‘s new tank hero. Shortly after, Orisa hit the PTR, letting everyone who has access try it out and give feedback.

It seems Blizzard has already seen enough data to make changes to Orisa, as today’s PTR update promises to tone her down a bit. Specifically, Orisa’s Fusion Driver has had its magazine size lowered from 200 to 150. Her Supercharger ability cost increased by 15%.

The small patch should be available in the PTR today, and it also brings changes to a couple of other heroes. You can see the full list below: