It’s been a while since we’ve seen or heard anything pertaining to Michel Ancel’s PS4 game WiLD. Thankfully, that changed yesterday. 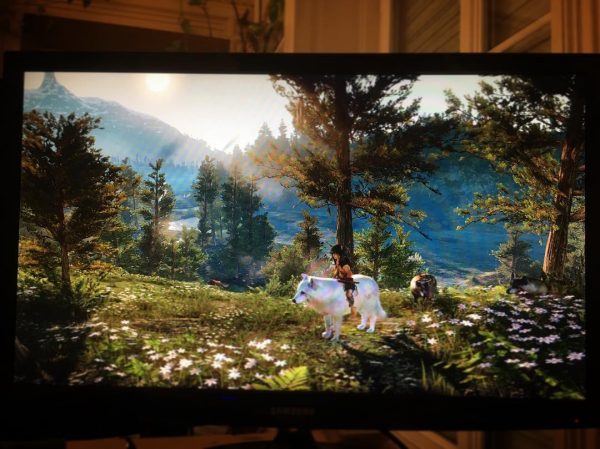 The off-screen image you see above was posted by Ancel on his Instagram account (thanks, Gematsu) along with the following:

“Getting lost in your own game is a great satisfaction,” he wrote. “So many landscapes and situations to be discovered. I will try to post regularly some screenshots of the wild. And I promise, I will not spoil the game´s plot.”

He’s also busy working on Beyond Good & Evil 2, so since he is s busy man, it’s no wonder word on WiLD hasn’t come in quite some time.

WiLD is in developement at Wild Sheep Studio, which was co-founded by Ancel in 2014. The online survival adventure game first shown during the Sony conference at Gamescom 2014, and the most recent look at the game before yesterday, was during Paris Games week in 2015.

Along with single player, the game will also feature a multiplayer which may be in a similar vein to Bloodborne, according to what Ancel said at the time. If multiplayer goes this route, it will allow players to invite others into their game to either “help or hinder their progress”.

WiLD is in development for PlayStation 4 and is without a release window.