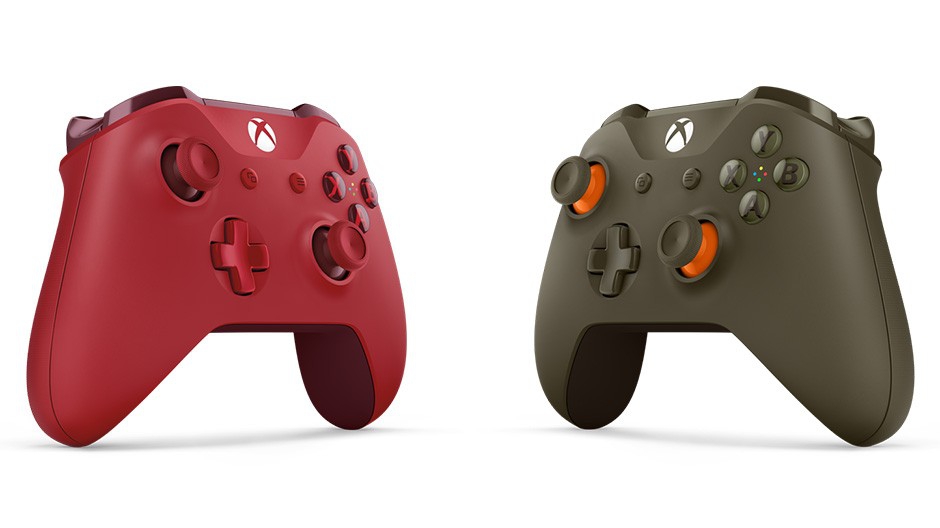 Xbox fans can now pick up the standard wireless controller in two additional colour schemes, which Microsoft has named Red and Green/Orange.

The red one is an unusually carmine hue, which makes it especially appropriate for use with Gears of Wars. We’ve dubbed it “drying blood”, which is perhaps a bit melodramatic, but it’s not exactly the shiny sports car colour we normally get with these things. A more grown up, restrained red option, perhaps.

In the US, you can grab this one from today at either the Microsoft Store or GameStop. Worldwide, it’s coming to “select retailers” – likely the big chains.

Green/Orange sounds like it ought to be some sort of tropical frog combination, the kind that warns birds eating you will result in a terminal stomach ache, and advertises a handy source of toxin for arrowheads. But Microsoft’s interpretation is a sort of dirty khaki that looks more like brown on my monitor, and a disappointingly modest amount of orange, AKA the best colour. Add some toggles and pockets and you’d have a nice set of cargo pants.

This one won’t be available till January 24 in the US, when you’ll be able to grab it from the Microsoft Store or Walmart. It’s also coming to “select retailers” worldwide, but not till January 31.

Both new Xbox controllers go for $65 and can be used with Windows 10 and Samsung Gear VR in addition to all models of Xbox One.