The cancellation of Scalebound is sad news for Platinum and Kamiya fans, but the designer is dealing with it as a professional. 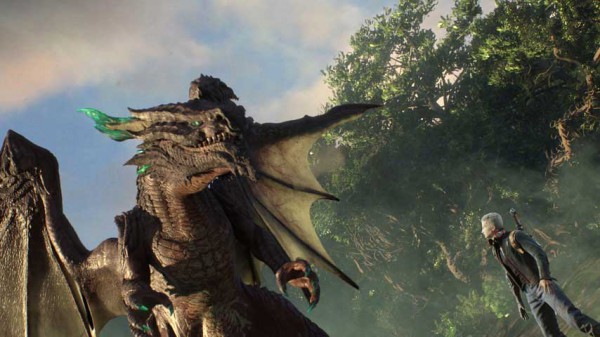 Microsoft kicked off the year by announcing the cancellation of Scalebound, Platinum Games’ ambitious action RPG. Game designer Hideki Kamiya, known for being outspoken on Twitter, is adopting a surprisingly chill attitude about the whole thing.

“I’m very sorry to everyone who was looking forward to this game,” Kamiya told his followers in a series of tweets.

“Sorry to bring you such bad news at the start of the year. All I can do for you is to promise to keep delivering fun games,” he added in another tweet.

In another tweet, the celebrated designer laughed off a particular detail that made its way into initial reports about the state of the game’s development, particularly concerning a vacation he supposedly took due to “mental health issues”.

Platinum Games, for its part, released a short statement following the news on its official website. The statement did not bring any new information, as expected.

“We are very disappointed things ended up this way, especially since we know many of our fans were looking forward to this game as much as we were,” the statement read, before going on to highlight upcoming Platinum projects such as Nier: Automata.

Hideki Kamiya had similar thoughts to share as well, ending his string of tweets on a more positive note.

I'll work extra hard to never have to let you down like this again, so I hope you will keep watching over us in the future too.

Scalebound’s cancellation made a dent in Microsoft’s 2017 schedule, that’s for sure. However, the news is more saddening because of what Scalebound represented: a western publisher willing to spend millions on a AAA, blockbuster Japanese game in this day and age.