There hasn’t been a lot of movement on the Steam charts lately, but new releases still scored big. 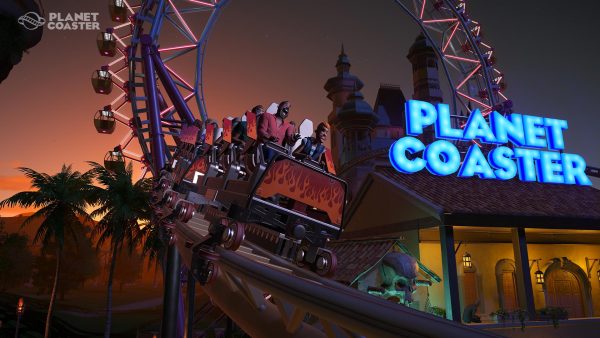 Just like every week, Steam has published the previous week’s top-sellers across the entire store. Games that occupy multiple spots on this top-ten list are a given, and both Civilization 6 and Planet Coaster have managed it the past week.

See below for the top-ten sellers for the week ending Sunday, November 20.

The tycoon game from Frontier has been getting a lot of good reviews and generally decent buzz from fans of the genre. It released last week and has since landed on the top and bottom spots, as well as no.6 for the Thrillseeker Edition.

Planet Coaster is an amusement park simulation, from the same lineage of games like RollerCoaster Tycoon.

Rise of the Tomb Raider popped up on the second spot this past week after getting a 50 percent discount during the same week. Nothing exciting on that front, unfortunately, as deep discounts will always get you to the top of the charts.

Dishonored 2 is back again after topping the charts the week before. The standard edition no doubt sold a few more copies after reviews starting hitting. Dishonored 2 came in at no.3.

I don’t think Civilization 6 has left the top-ten list since it came out. The game has been dominating the charts with more than one entry for a few weeks now. Last week, it managed to land at no.4 and no.8. It’s also currently one of the most played Steam games, so no surprise there.

Siege is no stranger of the top-sellers list, but last week, it landed at no.5 thanks to a 50 percent off discount. This was timed nicely, too, just around the launch of the game’s latest content drop, Operation Red Crow.

The evergreen Global Offensive is back at no.7 that week. There’s no particular reason why, as the game wasn’t discounted during that week. But, it’s the no.2 most-played game on Steam, and has been for years, so I guess it’s not totally surprising.

This Obsidian-developed CRPG has been a hit with critics and fans, and was at no.3 the week before. Last week, it went down to no.9.