After close to 23 years, Chris Metzen takes the gryphon out of Stormwind one last time. 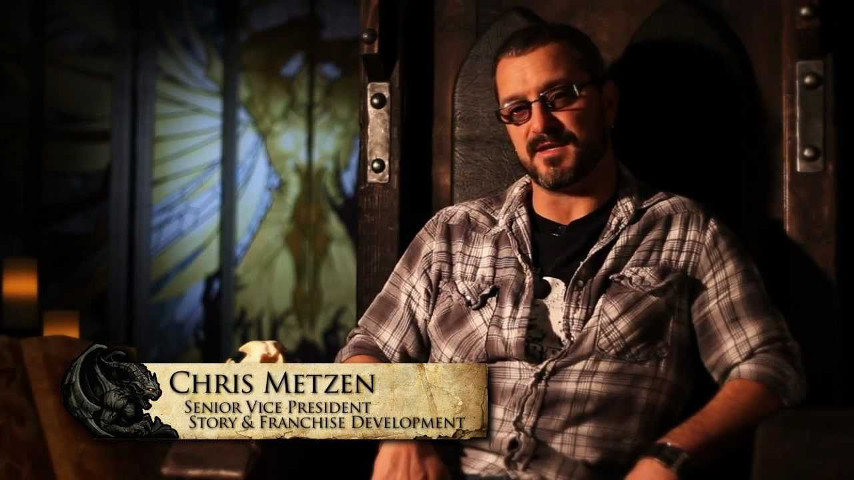 According to Business Insider, Blizzard Entertainment’s Senior VP of Story and Franchise Development, Chris Metzen, is retiring at the age of 42.

Metzen holds a storied place in Blizzard’s history, stepping away from the company with an exhaustive stable of work behind him. In 1996, he co-created Diablo with ex-Blizzard designer Bill Roper, contributed to Warcraft (in both its RTS and, later, MMO formats) before assuming the role of Lead Designer on Starcraft and later Story & Setting Lead on Overwatch.

Business Insider reports that Chris broke the news to fellow Blizzard employees on Monday, before taking to Blizzard’s Overwatch community forums to deliver a heartfelt farewell to fans.

“For nearly twenty-three years I’ve had the very distinct privilege of shaping worlds and building games with the brightest creative minds in entertainment. I’ve walked with giants (and stood on some giants’ shoulders, too).

In short, I’ve had the time of my life.”

Chris’s post goes on to highlight how his love of D&D campaigns with close friends as a teenager informed his passion for building ideas, and how this led to the countless opportunities he’s had at Blizzard to shape worlds and bring ideas to life.

“Thank you all for letting me be a special part of your community. For letting me belong with you. We’ve shared countless adventures together and I’ve always been overwhelmed and humbled by your passion for our games as well your commitment to each other. Thank you for all the BlizzCon hugs, smiles, handshakes, and stories over the years. You will never know how much you’ve all touched my heart and inspired me to give my all into this craft.”

So where to now? Chris goes out of his way to emphasise his very deliberate use of the word ‘retirement’. He won’t be popping up at a new company or going his own way to do his own thing. So don’t expect a Kickstarter or indie studio anytime soon. For now? It’s all about family. Chris explains it best:

“I’ll be focusing on the one thing that matters most to me in all the world—my family. They’re the core of my life and the source of my deepest joy and inspiration. In addition to raising our two little ones, we recently welcomed our new baby into the family! Being home with them all, having time and space to really live…to love my wife with all my strength…that’s my career now.”

It’s a moving post from one of Blizzard’s longest serving members. One that’s well worth a read for long-time Blizzard fans and newcomers alike. You can read the post in full over at the Blizzard Forums.