Humble Bundle wants you to play games, but also make games. This is the great cycle of life. 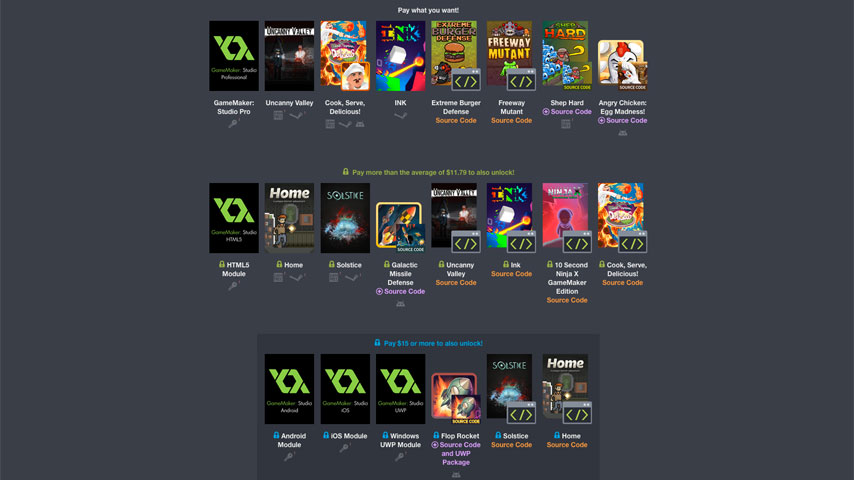 The latest Humble Bundle is all about GameMaker, the popular development software which is at the heart of more professional releases than you might realise.

That’s about $1,800 worth of games and development software licenses all up; not too shabby. Some of the stuff included is DRM-free but much of it isn’t, and the software is all for Windows PC even if some of the games support Linux, Mac and Android.

As ever, you decide how your payment is split between developers, organisers and charity. The nominated beneficiary is Doctors Without Borders (MSF), but you can nominate your own favourite fund through the Paypal Giving Fund, too.

Also, if you’re not keen on buying in Humble Bundle will give you a couple of free games this week; hit the link above for that. Well? Go take advantage.

You’d be amazed how many great games were made in GameMaker, which is known for its friendliness to coding newbies. Examples include Hyper Light Drifter, Stealth Bastard Deluxe, Spelunky, Nidhogg, Downwell, Gods Will be Watching, Risk of Rain, Death Ray Manta, Super Crate Box and Gunpoint.