Frank’s back, but is Capcom changing too much of a good thing? 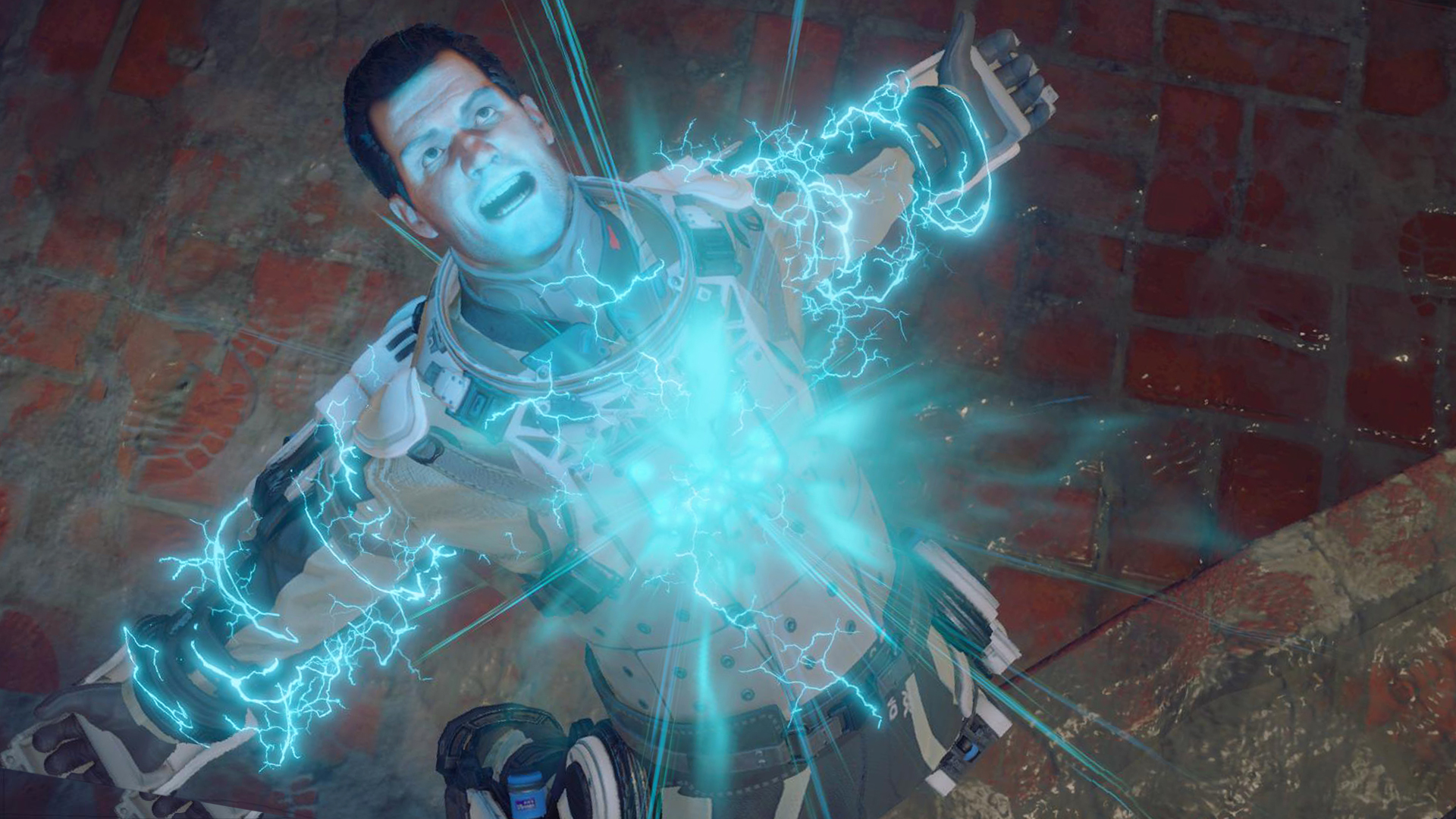 My favourite trailer of E3 2016 was the excellent reveal trailer for Dead Rising 4. I loved the tone of the trailer – Frank West returns to Willamette, where his zombie-slaying heroism began, with a macabre sense of humour about yet another outbreak there. It was a great pitch for the game.

Playing it a few days later at E3 I left fairly enthusiastic about some of the gameplay changes, especially the new concept of having three weapons equipped at once that are split into three weapon types – melee, ranged and thrown. It’s a significant change for the series but one that does make sense, and I said as much back in my E3 hands-on. It makes for a more fluid zombie-slaying experience.

A couple of months have passed and a little more information has been released about Dead Rising 4. I also had the chance to play it again at Gamescom, a video of which you can see below. Aspects of what I hear have me worried, however – Is Capcom Vancouver putting what made the series great at risk?

“Demos of Dead Rising 4 so far seem focused on the ridiculous: the exosuit is key, and Frank spawns in with mega-powerful weapons such as an electrical axe that lets you get up to some Thor-style antics.”

I was okay with Dead Rising 2 making the mission timings far more forgiving and surprisingly just as willing to accept Dead Rising 3 further reducing the difficulty and emphasis on time-keeping. I was also okay with the ludicrous combination weapons and vehicles – both seemed to fit the series in a broad sense. Part of what made the original game great was how much of a sandbox the Willamette mall was. Some of my best times were spent doing stupid stuff, like standing atop a store counter and flinging CDs at zombies.

The previous sequels seemed to show more restraint with these systems. You could craft some ridiculous stuff in Dead Rising 2, but your go-to weapons with readily available ingredients were often more grounded – things like a spiked bat, or a makeshift IED. The truly silly stuff came not only later, but also only if you wanted it. Demos of Dead Rising 4 so far seem focused on the ridiculous: the exosuit is key, and Frank spawns in with mega-powerful weapons such as an electrical axe that lets you get up to some Thor-style antics.

The timer? That’s gone entirely, with the developers explaining that in previous games it got in the way of fun. A hop onto NeoGAF or another gaming community reveals a split opinion on this: a lot of people are furious about the timer’s death, but others are incredibly happy about it.

I’m unsure. I didn’t mind it being sidelined somewhat, but the complete removal perplexes me. One of the best things about the series has been how the story has branched based on your time management skills.

Even in the completely unforgiving original Dead Rising players could just have fun slaying zombies for three in-game days and then escape without following the main campaign at all. Indeed, absolute focus on zombie slaying was necessary for some achievements. Equally they could focus on the story and thus the clock.

Choice was there between two different gameplay styles, encouraging multiple play-throughs. This latest entry mashes them together: slay zombies and track down a mystery all at once without a worry. In this I feel both gameplay styles, both of which were fairly distinct in Dead Rising when it first launched, risk dilution. 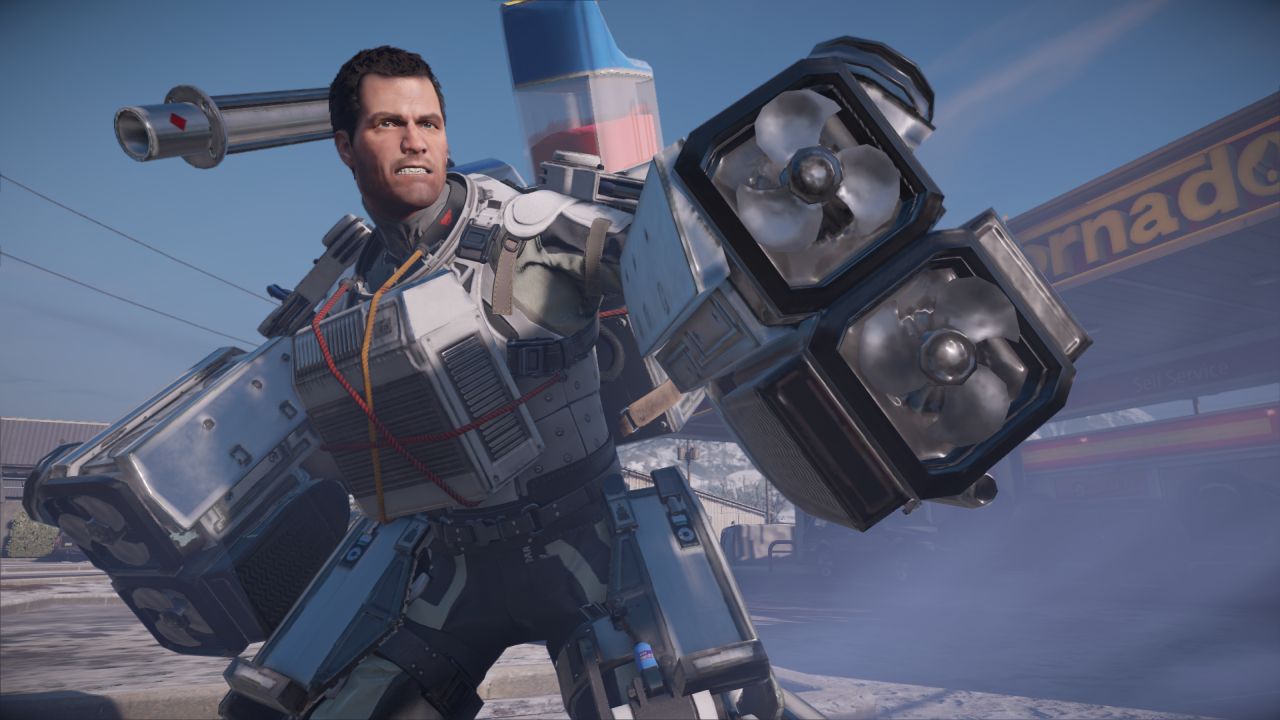 I’m uneasy about all that stuff, but it could pan out fine. The final major change I actively dislike: regenerating health. A major component of every Dead Rising so far has been tracking down food to restore health, even combining foods for better heals. It was a huge part of the experience – scrambling for food with low health was always a thrill.

Dead Rising 4 features regenerating health instead. You can see me cowering behind a car to recover health after being shot by commandos in the video. This presumably that means there’ll be no more desperate scramble for food or the inventory management that goes along with it. There’ll be no more being trapped in a food-scarce location with a psychopath boss that you instead must beat with a limited amount of health – you’ll just be able to hide from the boss instead.

“There’ll be no more being trapped in a food-scarce location with a psychopath boss that you instead must beat with a limited amount of health – you’ll just be able to hide from the boss instead every time you get hurt.”

I get that like the timer it’s divisive – a bit of googling as research turned up a great forum thread where one user described regenerating health as the best thing to be changed in Dead Rising 4 and the very next comment crowed “Coward. Enjoy your bullshit casual fest.” Some people will welcome it. I can’t, though – I feel like it takes from Dead Rising’s very soul.

All these worries, and yet… it’s Frank, in Willamette, Dead Rising 3 left the series story in an interesting place, and there’s more zombies on-screen than ever. The new system of different types of weapons on different buttons is a change, but as soon as you’re in a crowd of zombies you realise it’s for the better. So much of this works, but other changes make me wonder if this will be a game that misses the point of what made Dead Rising magical.

I want this game to be something I’ll love, but some of these changes have me worried. Please, Capcom and Microsoft – don’t screw this up. Dead Rising is bloody special.

Dead Rising 4 is launching for Xbox One and PC on December 6.