A vital early crafting ingredient, you’ll need this. Here’s how to get it. 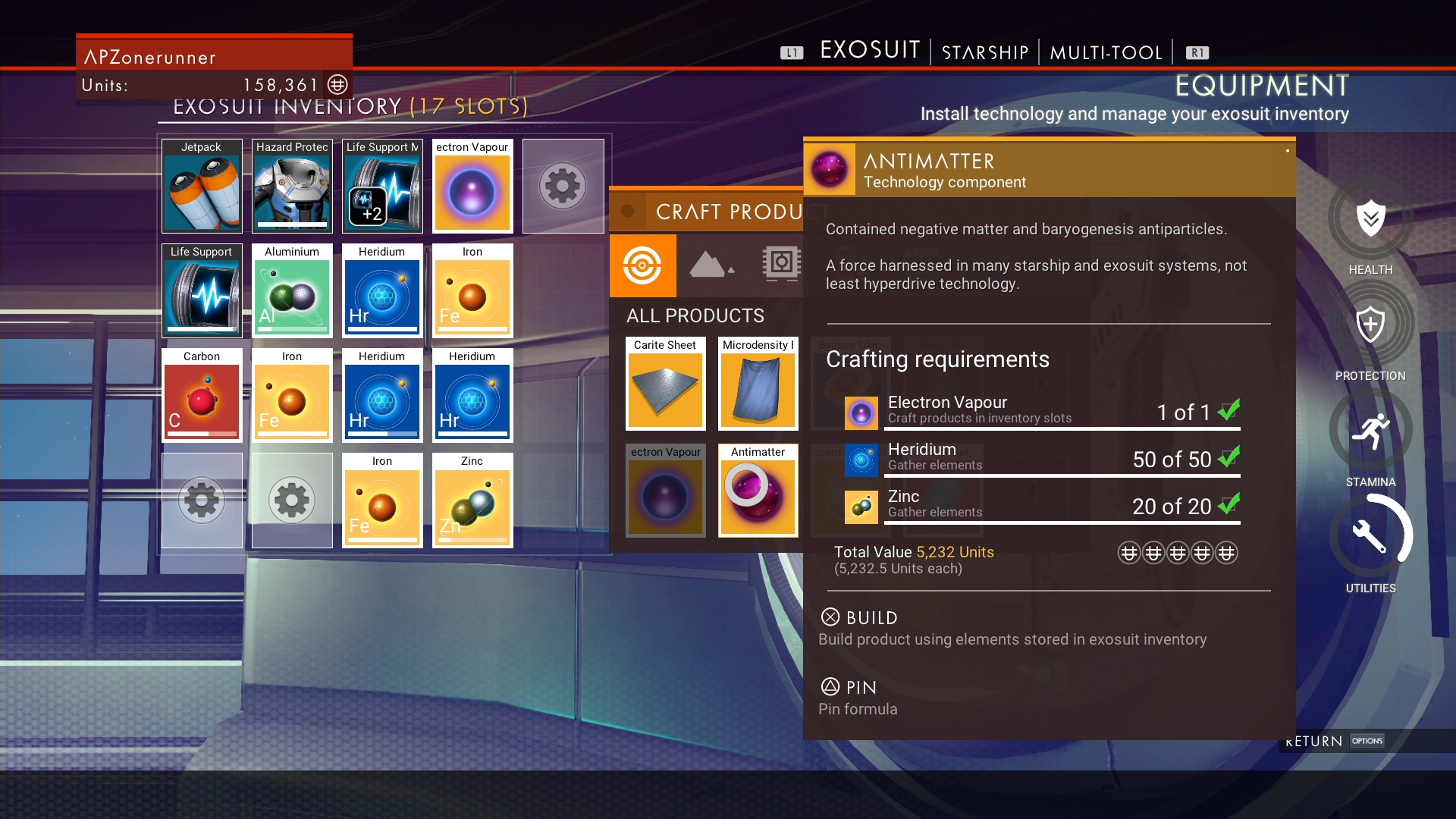 Antimatter is a pretty damn important item in No Man’s Sky as it gets you up and travelling space more quickly. It’s a necessary ingredient to build warp cells, the all-important item that fuels your faster-than-light drive and allows you to actually travel from star system to star system without it taking hours to do so.

Because warp cells are a resource that depletes as you play and travel the universe you’ll need to replenish them constantly. We’ve got a separate guide page all about that, but if you’re struggling to find warp cells in the wild you can also craft them. To craft them you need antimatter, but that too will need to be found or crafted. So here’s how:

How to find or buy Antimatter

Antimatter can be found as a potentially random drop in chests and the like at outposts that you find on planets, or occasionally in chests at space stations. If you’re following the Atlas ‘story’ path the game will also funnel you towards a free one to get you started. Others can drop at random, but there is an easier way…

That aforementioned easier way is to just buy antimatter. While it isn’t available at every single galactic trade vendor, many vendors will carry a single or a couple of units of antimatter. It’s expensive, costing over 50,000 credits at is basic price, but for such a rare resource it’s worth it.

How to craft Antimatter

Your first ever Antimatter should be rewarded to you by a friendly alien as part of No Man’s Sky’s main story quest which the game gently guides players that choose the Atlas Path through with objectives.

After that however you’re on your own – and you’re going to need a heck of a lot of them for your journey. Eventually the expense will become too much to regularly expend on buying them too – but thankfully an alien in your second star system will also give you the crafting recipe so you can get making it.