Freelance concept designer, Ioan Dumitrescu, has posted some rather interesting concept art for an “undisclosed project” for Sony. Is Sony working on a wild west VR title?

The three images are over on his Artstation page, and appear to be for a first-person shooter set in the wild west.

There’s a rather dramatic image of a train hurtling towards the ground from a bridge, the interior of a train being destroyed in a pretty hectic gun fight, and a barricaded railway track accompanied by Dumitrescu’s comment “I love westerns!”

Although the artwork was only recently spotted by AGD, it was posted a year ago, so either the project has moved on since then, or it’s been cancelled, allowing the artist to share the concept artwork.

Dumitrescu has also worked on Sony’s VR luge game, so perhaps the western title is a VR project, if it’s still in the works.

You can check out all three pieces of concept art below. 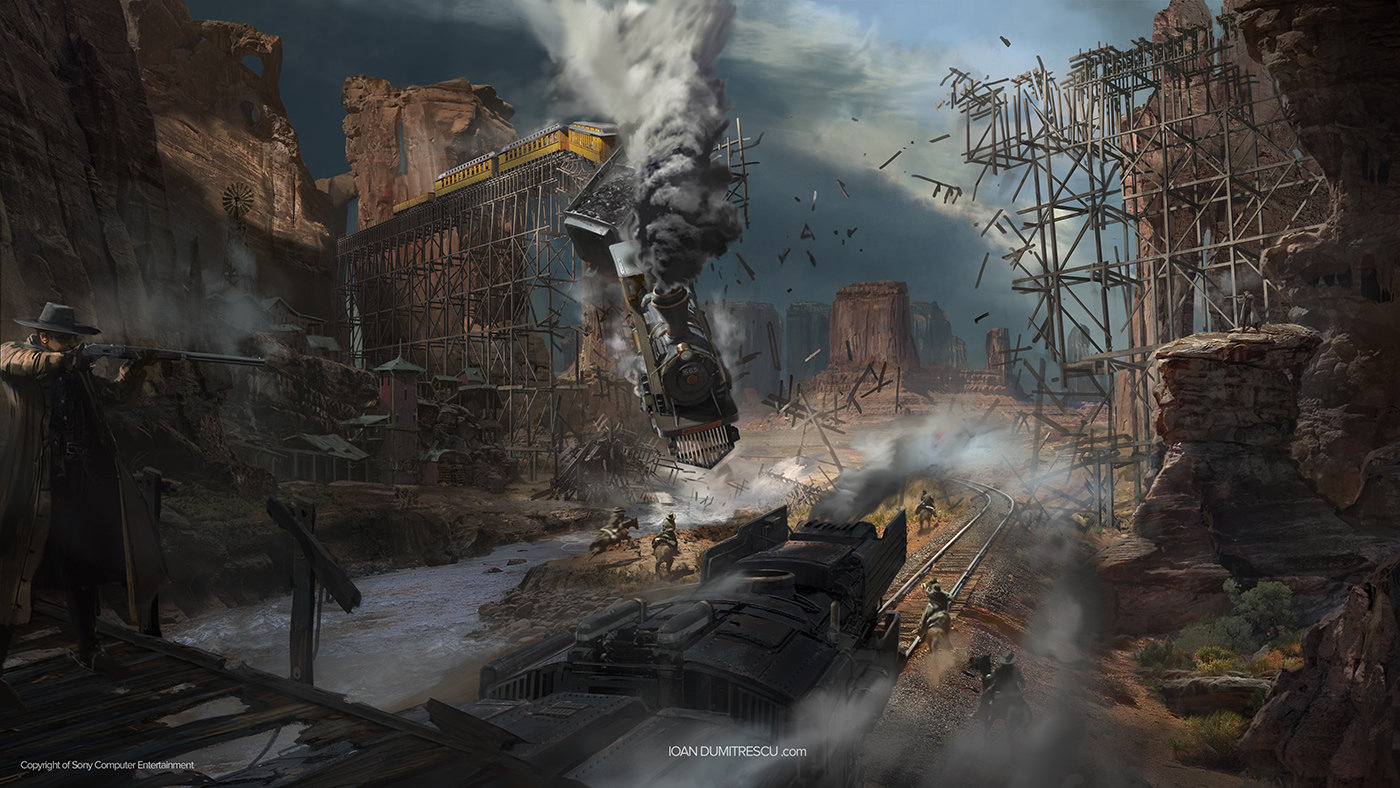 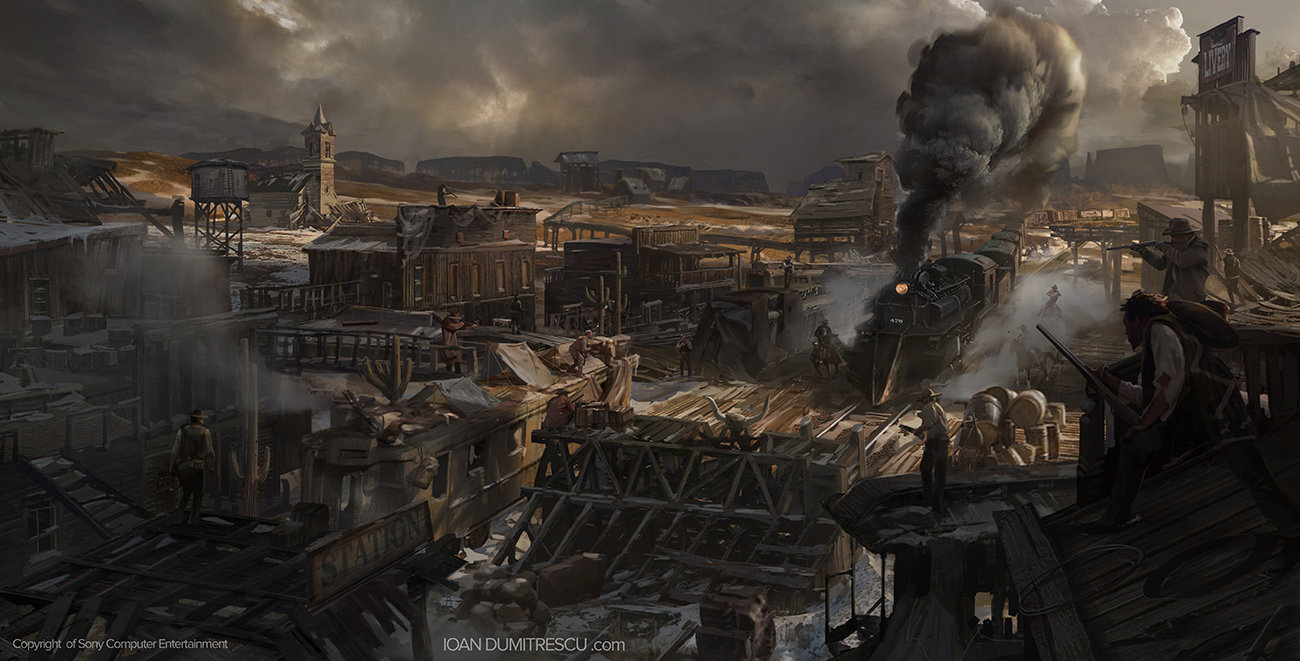