The indie is now bound for release on 3DS, PC, PS4, Vita and Wii U later this year, by download only.

Citizens of Earth has players in the role of the global Vice President on a vacation in their hometown. After some sort of international catastrophe, players must explore the town, find the source of the trouble, and correct it with the help of 40 recruitable citizens.

Check out the factsheet and trailer below for more. 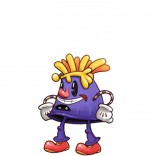