Nintendo will introduce the Nintendo 2DS, an entry-level dedicated portable gaming system that plays all Nintendo 3DS and Nintendo DS games in 2D in October.

The system will launch on October 12, the same day as Pokémon X and Pokémon Y, at a suggested retail price of $129.99.

It is designed specifically as an affordable entry point and will made available in Red or Blue.

Nintendo 2DS plays the entire library of packaged and downloadable games for Nintendo 3DS – only in 2D and is a slate-type form factor.

Nintendo said that 2DS maintains “many of the same hardware features as Nintendo 3DS” such as dual screens, game-play controls and touch-screen features.

It is also backward compatible with the existing library of more than 2,000 Nintendo DS games, as well as access to wireless connectivity features like multiplayer, Nintendo Video and digital games listed in the eShop.

Just because Nintendo has introduced a new handheld model focusing on the 2D aspect, doesn’t mean it is ditching 3D.

Speaking with GI International, the company’s executive vice president of sales and marketing Scott Moffitt said the firm is only trying to address the “value barrier” with the handheld, aimed specifically at those who’ve yet to upgrade to 3DS because they are still enjoying their DS device.

It is also aimed at children just entering the video game market, and for parents who don’t want to drop $200 on a gaming system for them.

“Now we’re much closer to $100, which makes it much more affordable for them,” said Moffitt. “I think that was probably the audience we expected or intended to design the unit for.

“The ($99) DS still exists, so it’s really four [items in the lineup]. Certainly our emphasis and our priority is on the 3DS platform. That’s where we’ve made our commitment. That’s our future. So we are not developing gaming content for DS at this point. Our resources are focused on 3DS. But that’ll still be in the lineup.

“Clearly our development efforts all include 3D games. Our installed base, we have eight million units installed. If 3D wasn’t selling and wasn’t part of our future, we wouldn’t be seeing and enjoying the robust sales we have on 3DS right now. The 3DS is the number one gaming platform on the market. We’re having a very good year with 3DS. Our games continue to sell extremely well. Our forecast for pretty much everything we’ve launched this year has surprised us on the positive side.

“We’ve been very happy with the 3DS part of our business. This is really all about addressing that next opportunity in the US market.”

Moffitt went on to say that gamer feedback suggests they enjoy 3D as a feature and Nintendo doesn’t “want to walk away from that at all,” but the games created for 3DS also play well in 2D, which has allowed Nintendo to create a system with a price point it couldn’t get to with a 3D screen.

“If we can get to that in another way… get to a price point of $129 with 3D functionality, it didn’t look like it was possible,” he said. “That’s the reason. It’s less about wanting to have 3D in and it’s more about trying to get to the value price point that’s going to allow us to open up that next part of the market.”

An official information site for the UK is through here. 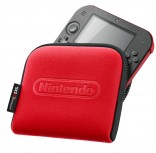