Support for both GameCube games and hardware is being ejected by Nintendo for its upcoming Wii re-design. Merry Christmas.

[Update] Eurogamer has reported that, in addition, the existing Wii model will be phased out.

The new, slimmer, Wii included in the Family Edition bundle - pictured - will not support GameCube peripherals or games, Eurogamer has reported.

The bundle includes Wii Sports and Wii Party, both designed to make the most of the included Wii RemotePlus, but if you want to play any games with a standard, non-motion sensing pad you'll have to shell out for the Wii's Classic controller.

There's no word yet on pricing for this new, even smaller box of tricks, though it will be out in time for Christmas. 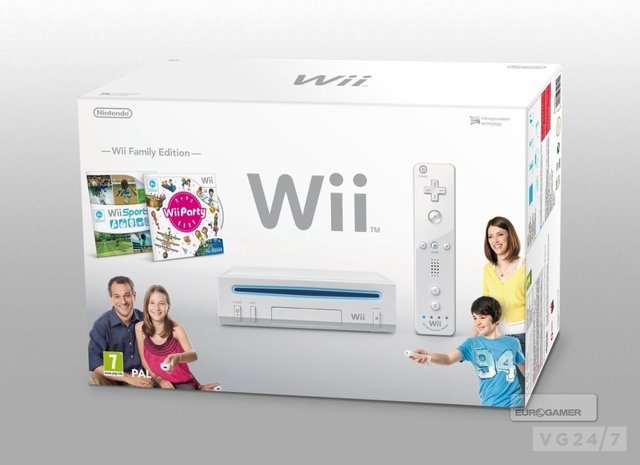