NeocoreGames has delayed WH40K: Inquisitor - Martyr to June, but it will work over 90 hours a week to make sure it does't see another delay.

Update: Neocore has clarified that the 90+ hours-a-week comment was meant to be "ironic". The studio is based in Hungary, and it says the phrasing plays better in Hungarian.

As such, the developer edited the original announcement to remove the sentence and replace it with the more generic "With the three extra weeks, we’ll now have the time to do this."

"I would like to make it clear that we don’t force people to work 90 hours a week of course, even the three producers/owners don’t do it, although they have the longest working days," said a Neocore rep (via PCGamer).

"We at Neocore Games all consider Inquisitor as our own love project and it’s true that we’re working hard on it in this final rush but we gladly make those sacrifices for a great result. I kindly ask everyone not to judge the company and the game on one unfortunate statement. Thank you and really sorry for the misunderstanding."

There's a bit more to the story, though, as the developer made a similar remark in a development update in March. The studio says it was also supposed to be "ironic" like the 90+ hours mentioned yesterday.

"Neocore Games never forces people to take such long working weeks. It's true that people are working hard but most of us have worked here for 5-12 years, so we feel really involved in every project and every success."

Original story: In a press release today, NeocoreGames announced it had pushed the date for WH40K: Inquisitor - Martyr to June 5.

The studio said the delay would provide the team with more time to "ensure the action-RPG is a truly great experience."

Apparently, some technical issues were solved a bit late on one of the console platforms, per the studio.

"Therefore the release candidate version couldn’t be sent to manufacturing in time," reads the statement. "We’d like to release the game - in agreement with our console publisher Bigben Interactive and our licensor Games Workshop - on all three platforms at the same time.

"In a nutshell: we have somewhat overestimated our capacity for releasing the game simultaneously on three platforms."

Now, about that 90+ hour work week. Please tell us that was a joke on your part, NeocoreGames. 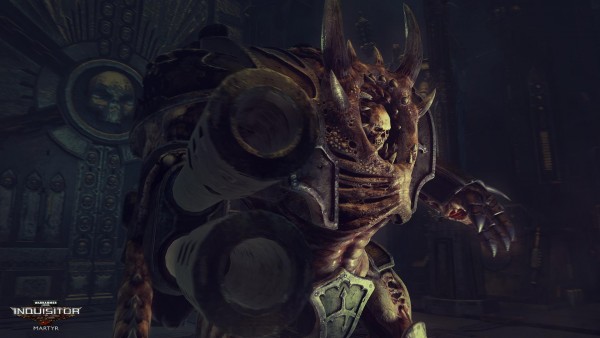 According to a post from the studio on the game's Steam page, the development team will "do one big beta build update for Steam" set for availability on May 21 (thanks, PCgamesN).

"With the three extra weeks, we’ll now have the time to do this and  the extra feedback will help us immensely to balance and fine-tune the game.

"Again, sorry for this as we kindly ask for your further patience and hopefully it won’t be a deal breaker for any of you. In return, we promise we’ll push this extra three weeks in 90+ hours per week so it’ll be very-very useful for Martyr."

Seriously, don't work 90+ hours a week. Don't do it. That's not emotionally, mentally, or physically healthy. Get the job done, but don't do it at the sake of your health, folks.

Announced in July 2015, Warhammer 40K: Inquisitor – Martyr is an isometric action-RPG sandbox, and Neocore promises it will continue to evolve with a “continuous flow of content” as well as years of entertainment value. And blood. Lots of blood.

Warhammer 40,000: Inquisitor – Martyr  will be made available on Mac, PC, PlayStation 4 and Xbox One.