Tales of Link publisher Namco Bandai has opened the game's teaser site, and scans from Jump Magazine have emerged online.

Gematsu reports that the game is due out in the Fall across Japan and it's coming to both App Store and Google Play.

The title is being directed by Hironori Naoi, produced by Okitomo Shiratori and Ryouji Oodate and features character design by Daigo Okumura. Tales of Link's plot will focus on something called the Seed of Calamity and stars adventurers Sara, Rippi, Shiza and Leone. Gematsu has character bios from Jump Magazine here.

We've got a scan of the magazine spread below, via AGB. 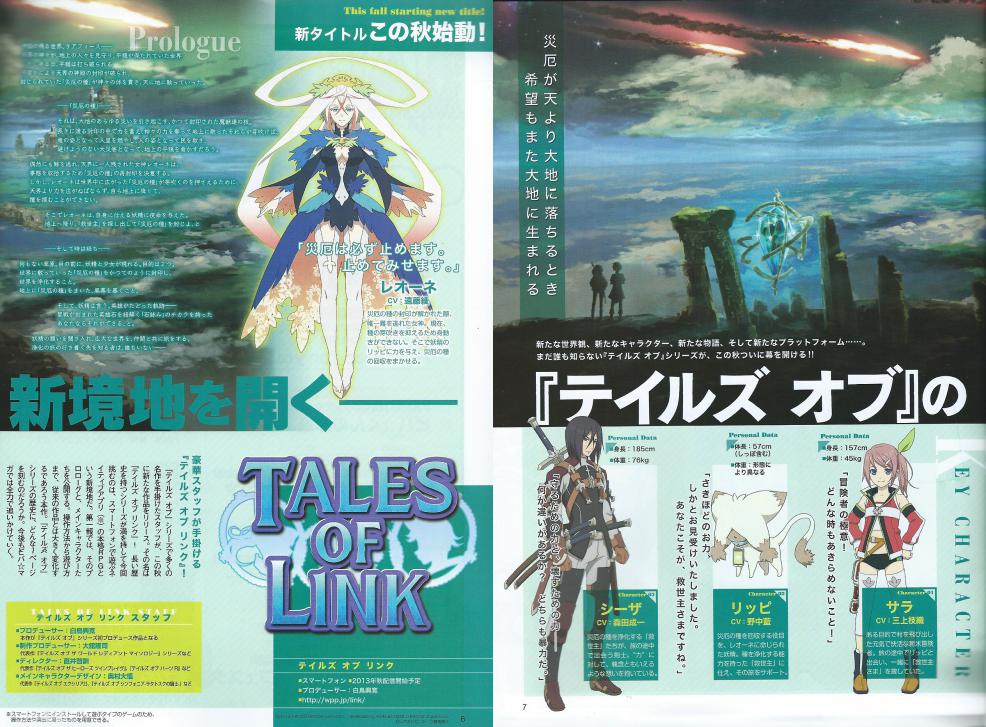