The Switch Pro rumours are circling again, and maybe this is the year we finally see it release. As always, the supposed upgrades over the existing Switch (which has already seen a small revision to improve battery life and an entirely handheld version in the Switch Lite), aren't enough for everyone.

Key points to note are that the handheld's screen is being enlarged to a seven-inch OLED, but that its resolution is remaining 720p - which should actually be plenty when you calculate the pixel density on a screen that small. When connected to a TV, the new Switch will output at 4K, although exactly how this could be accomplished is somewhat vague in terms of hard details at the moment. Alex, our tech nerd, says that without significantly raising the power of the machine 4K would most likely be accomplished through deep learning super sampling, or DLSS, a technique used on PC to make frame rates bearable in ray-traced games. But the tech wizards at Nintendo (and Nvidia, who provide the Switch’s chipset) might have other ideas.

However 4K might be accomplished, to me it's also the most important part of what a Switch Pro could offer.

My feelings on the current Switch (revised extended battery life model, to be clear) are thus: when playing in handheld mode it's great. Some games look a little rough (with very few big releases actually hitting the maximum res of 720p), but it serves its purpose superbly and can get through plenty of hours without needing a charge. It's the best portable console of all time, and for me where it truly shines. Playing Switch on a TV is an entirely different matter.

Your own views of the Switch-on-TV experience will likely vary depending on your setup, but on my non-OLED 4K TV most of the games look borderline ugly. Some of Nintendo's output on the Switch has been glorious, but blown up on a 55 inch + 4K TV is a long way from the optimal way to view gorgeous games like Mario Odyssey, Luigi's Mansion 3, and Breath of the Wild. For me, these games already look way better when played in handheld mode. 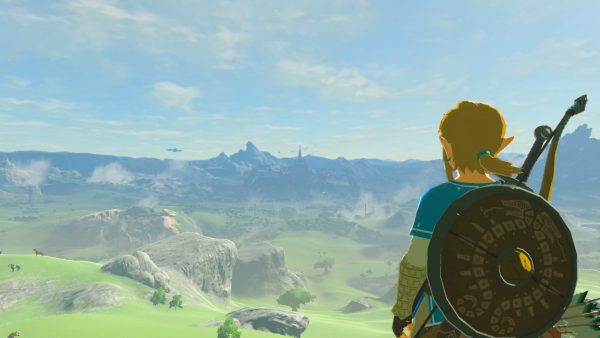 If the rumoured Switch Pro can mean most games render at native 720p on the handheld, that would already be a nice upgrade, and the OLED should give colours a bit more punch as a bonus (Do you remember how nice Vita games looked? RIP, we miss you). It's the TV output that is really going to sway me on this revised console, though. Until we get final specs it's going to be hard to know what we're dealing with, but it seems unlikely we'll get anything that can brute force a full 4K output without some form of clever upscaling - something Nvidia is excellent at should Nintendo use a chip with the right capabilities.

Four years into the Switch's life the cracks are there to see for more and more people as adoption of 4K screens goes up and up. At launch I was gaming on a 1080p plasma and Switch games looked great, but times have changed. What I really don't want is a console that half-arses some aspects and ends up being less than ideal in any scenario.

For Switch Pro to succeed, in my eyes at least, it will need to retain the battery life of the current model, offer a sharper handheld experience, and most importantly give games a new lease of life on TVs where they currently offer more jagged edges than a steak knife. No doubt there'll be talk of how this new model will enable more third-party ports of games built for PlayStation and Xbox, but I don't think Nintendo will leave existing Switch owners behind like that and I don't think those games matter as much as people think.

Give me a smooth looking Breath of the Wild 2 on my TV and I'll be happy. Oh, and while I'm making demands, please also get rid of weapon degradation. Thanks.