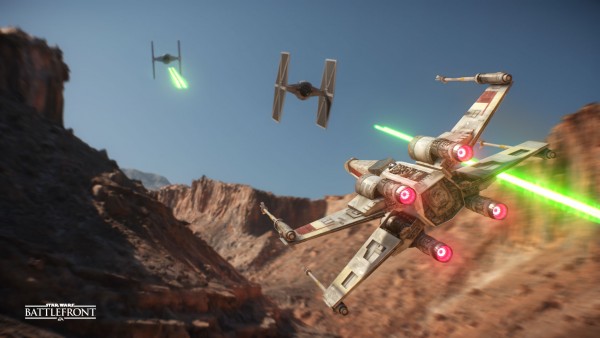 As promised, DICE has released a new Star Wars Battlefront patch to add in offline play through the new Skirmish mode.

Skirmish allows for split-screen co-op as well as single-player against bots, in both Fighter Squadron and Walker Assault game modes. Server maintenance is now finished on PC and PS4, and with Xbox One due to start at 11am GMT.

Other changes include an increase to the pre-round timer from 60 to 90 seconds across the board, though I can't imagine what brought on this increase. Bespin DLC maps have also seen some various balance changes.