Guild Wars 2 is attempting to revolutionise story in MMOs by offering non-cosmetic choices and a personal touch to a genre filled with cookie-cutter options. We speak with Ree Soesbee, ArenaNet's lore and continuity designer, on how this new-found sense of freedom ties into the biggest MMO release of the year.

"I don’t think that story and gameplay are in any way harmful to one another; a player should expect – and receive – high quality in both aspects. That’s what makes a game exemplary, and that is exactly what we aspire to create with Guild Wars 2."

Guild Wars 2 diverges from typical, monolithic story lines inherent in the majority of MMOs by using character-exclusive arcs. The intention is to provide the player with more of a sandbox environment, all based around a questionnaire filled out during character creation.

Player choices will matter during play, impacting the world around the character and allowing for a more personal, tailored experience. This was no easy task, as instanced and persistent areas had to not only adhere to player choice and biography, but remain connected to the core storyline without detrimental effects to gameplay.

How did the team manage it? Ree Soesbee, ArenaNet's lore and continuity designer, explained.

VG247: What are the challenges of making the game inclusive to everyone while allowing it to feel like the player's own personal RPG? Surely this is difficult to do in an MMO, given the amount of people involved.

Ree Soesbee: There’s no real way to allow a character the width of freedom available in RPG character creation, but we wanted to try to replicate that experience as much as possible. We wanted to allow players a great deal of latitude to define their characters. From that idea, we created the Biography system, which asks a player questions about their character’s history as they create the PC’s race, class, and appearance. We then use those answers in the game. Primarily, they give the player access to storylines that revolve around those background choices; secondarily, these answers change conversations and interactions with NPCs throughout the world.

One of the largest difficulties in this kind of story creation comes in trying to give the player the freedom to choose different outcomes, without overburdening the story team that has to design, spawn, and write each of those outcomes and how they interact continually from that point. Where a player might see three questions with three answers each, the story team is writing not nine but something closer to twenty-four (or more) results, based on the interaction of those answers. Add to that the fact that there are five races, each with that many questions; and that the races join together into a world-story with new questions, as well as more twists and options based on the original set. We try to bring out those choices as often as possible, in order to make a player’s experience unique and based on how they’ve designed the character – but that’s a lot of work!

Keeping those variables in mind when designing an overarching story is also difficult; we want the world story to make sense no matter what choices a player made for their character, but we also want it to follow a certain general path. Trying to remember how each branch arrived at the next story point requires a great deal of organization.

How will personal stories intertwine with the overall story while not succumbing to traditional MMO trapping of linearity?

All stories have an element of linear play; you begin at the beginning, and hopefully, there is a satisfying and climactic end. Our hope with Guild Wars 2 was to create that linear story more as a rope of intertwined threads, where many different smaller stories made up the larger, epic narrative of the world. As each player is one individual within the larger, constantly-evolving world, so too is their character’s story one aspect, or one viewpoint, within the grander whole.

Because no story should last forever, we gave the storylines in Guild Wars 2 breadth, rather than length. Once you’ve played through the overall story, you can go back and make a new character, with new background choices and in-game choices, and experience Tyria’s struggle against the dragon, Zhaitan, from an entirely different viewpoint. A player can also help others, and see portions of other stories by assisting with a friend’s storyline chains.

Will different personal stories and options come into play as the game advances, or are the story choices largely cosmetic? 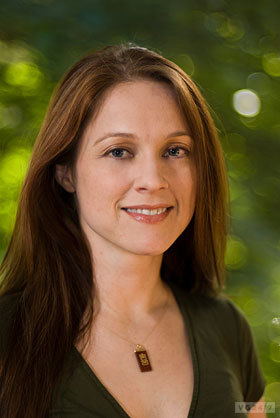 The choices that a player makes for their character, especially at creation, are more than cosmetic. They define the character’s history and personality, and they outline the initial storylines that the player will experience with that character. After that, the choices made in-game by the player (such as joining one of the three Orders of Tyria – the Vigil, the Durmand Priory, and the Order of Whispers) change the ongoing experience. By choosing an order, the character chooses to experience that perspective in the world story, and so on, through myriad different variations.

Also, within each individual smaller story piece, a player has internal choices that affect the outcome of that smaller tale. For example, a norn player is character is asked at creation to decide if the most important virtue of a norn is cunning, instinct or strength. Each of those answers defines a storyline, and within that storyline are choices. A norn who chooses strength has the option in fighting their enemy; whether to assist in forging a powerful new weapon, or to summon the power of a Spirit of the Wild to increase their ability. Those two options give the player different objectives, different methods (and stories related to overcoming those objectives), as well as a different type of gameplay when they do face down their enemy in that storyline – with whichever advantage they chose to obtain.

Later in the character’s gameplay, NPCs in the storylines (or in the overall world) may refer back to the player’s experiences, congratulating them on their victory, or offering them information based entirely on the options they chose in a past storyline, Biography, or as part of their order.

Will NPCs react to the player differently based on personality choices made in the biography section?

Yes, although this will happen primarily within a character’s personal story or home instance. A player will also find NPCs in the main world (such as members of your chosen order) who references the player’s choices, both those made in the Biography and during the game.

How many story combinations are there?

From level 1-10, there are approximately 30 different storylines; those are based on character race, Biography and pre-game background choices. Continue that in tens through 80 levels; then add in the various different combinations based on internal story choices, choosing an order, and continued in-game Biography questions, and you can see that the aggregate numbers somewhere in the upper thousands.

What sort of impact has opening up story choices to the player had on lore in general?

None in particular; the lore of the game has remained constant. Both in storyline areas and in the overall world, players have many opportunities to interact with NPCs, learn about the history of Tyria, and discover what’s happening with the world story and the dragons.

Large events in the overall storyline, major battles and other significant twists in the fight against Zhaitan, are experienced by all combinations of a player’s possible story. We made this choice deliberately, ranking those story moments as separate from a player’s internal story; meaning, no matter whether a player has chosen to fight Zhaitan because the dragon’s minions killed your family, or destroyed a friendly village, or destroyed something important to your heritage, all player characters are present at a certain major battle within the storyline.

An individual character’s motivations and goals during that major battle may be different, according to their story choices, but the location and occurrence of that epic “world moment” happens for all characters in the game. In that way, the numerous ‘story threads’ conjoin, and then separate again, after that “moment” in the overall play of Guild Wars 2.

There seems to be a great push to imbue MMOs with story at the moment. You clearly think this really is the way forward for online RPGs, but isn't there a risk of core gameplay principals being ignored in favour of plot? Doesn't it ever concern you that the entire narrative angle may be a red herring for the progression of the genre?

Not at all. I don’t think that story and gameplay are in any way harmful to one another; a player should expect – and receive – high quality in both aspects. That’s what makes a game exemplary, and that is exactly what we aspire to create with Guild Wars 2.

People play games like Guild Wars 2 for many different reasons. Some want competitive PVP, while others want an immersive story. Some are interested in strategic combat, others want to explore and discover beautiful or hard-to-find places in a huge game world. With each generation of MMOs, all of these aspects are advanced, and the genre becomes more immersive and more fun. I think that if we concentrate on only one aspect, we do our games – and our players – a tremendous disservice. Gaming technology is progressing at a massive pace, and on the whole gaming audiences are more interested in complex, interesting storylines.

ArenaNet has a wonderful advantage in that both our writing team and our design teams are talented and inventive people. We work in an iterative process, so that our story and our skills interact to make Guild Wars 2 a tremendous game. We think our players deserve nothing less.