Quantic Dream has created a new engine for PS4, which creates more emotive and believable character models, stating that developers are now only limited to their animation. 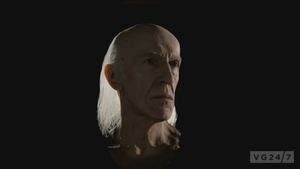 David Cage fell back on his common belief, that games should provoke emotion, and revealed that Quantic Dream has developed a new game engine to make characters more believable and easier to relate to.

To give a quick comparison, Cage stated that lead character in Beyond: Two Souls Jodie Holmes exists as 30,000 polygons, but that this new engine would utterly smash that total, but didn't give any solid numbers.

We'll have a video of his tech demo once it's live.

Meanwhile, check out our complete coverage of the PS4 reveal event here.