New Super Mario Bros. U is the main feature in the next issue of Game Informer. The site said the October issues is the first time in "16 years since our cover story has focused on one of [Mario's] adventures." The magazine paid a visit to Nintendo of America to play the game, nabbed an extensive feature on Wii U, and also interviewed Shigeru Miyamoto and Takashi Tezuka. The magazine's website will also feature month-long extensive coverage of the game as well. The cover is posted below along with a short video. You can view a larger version of the cover through the link. 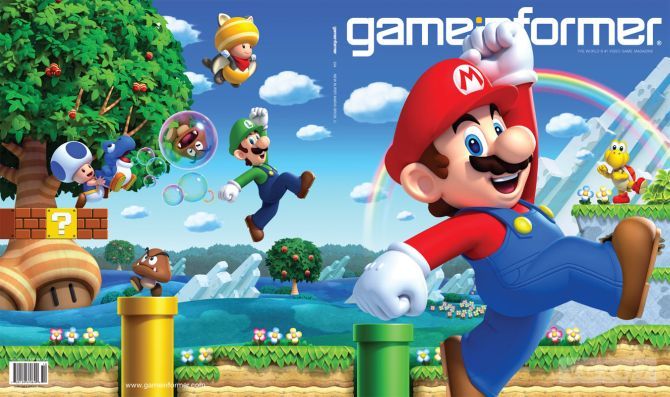