You might recall seeing the New Super Mario Bros. U trailer for the Nintendo Switch during Nintendo Direct. You might also recall seeing Toadette during the trailer, complete with her new power: Peachette.

Yes, Toadette will transform into Peachette on obtaining the Crown mushroom. Peachette looks similar to the Peach we know and has identical moves, but this time she has a braided hairstyle and a mushroom crown. She isn’t just a Peach lookalike, either - she’s a human form of Toadette who just so happened to use Peach’s aesthetic as inspiration. 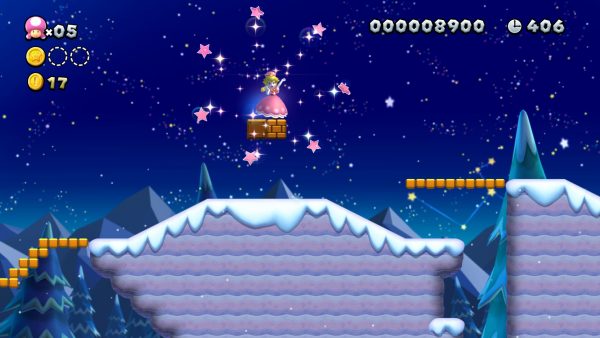 Not content with a new version of Peach to fan over, the community decided to take this in a slightly different direction: what if it was a Peach and Bowser hybrid instead? And thus, Bowsette was born.

We think it’s appropriate to give a NSFW warning here before you go searching for #Bowsette.

The idea of splicing Bowser and Peach together seems to have come from an artist and Twitter user Ayyk92, where Mario and Bowser get some payback after rebuffed advances.

Some of the images are typical of what you’d expect from any fandom - a more voluptuous Peach with horns, a more dragon-based Bowsette with Peach’s hair, and then there’s the absolute fresh hell of big-busted, deviant porn-style of drawings which have been burned into my mind.

This isn’t the first time a fandom has gone deep, deep down into this rabbit hole: Sonic fans have been creating sexy hybrid-hedgehog versions for years and Sonirotica (Sonic Erotica) is still alive and well.

We've trawled through the growing world of Bowsette fan art to bring you the best/worst of the bunch. Enjoy responsibly.

#Bowsette .... I don't know who created this... Sorry... I tough it looked "funny" ... But all credits to that person... If it appears here... ( i got this from Discord so maybe that person cut the name of the creator ) pic.twitter.com/Pktca6dNsp

ok I gave in #bowsette pic.twitter.com/OWMiSktnl2

do y'all even know how names work #Bowsette pic.twitter.com/buglwTBuDY

screw it, i'm hopping on the #Bowsette train!!!!! pic.twitter.com/GLwICQO8HF

I love this #bowsette thing but draw her body more like bowser and less animu with huge bazongas you cowards pic.twitter.com/8pUbCWi2Kg