Netflix is finally addressing one of our main concerns about its The Witcher television series:

The fact that it assumes a little too much knowledge about its complicated universe.

The streaming company has now put together an interactive map and accompanying chronological timeline of events taking place in The Witcher to help viewers follow along while they watch the show.

If you've watched the Netflix series you'll already be well aware of its jumping timeline, which can make it a bit tough to follow events if you haven't already read the series of books or played the games.

"The show is an adaptation of The Witcher’s short stories, giving it an anthology-esque quality," wrote our Kirk in a review of the show.

"Each episode takes place at a different point in time for each character, jumping backwards and forwards as it sees fit, and it’s up to you to piece it all together. Sometimes it works and sometimes it’s just confusing, since you’re never explicitly told what time frame each sequence slots into. Again, it feels like the show’s writers were writing only for existing fans, not trying to carve out a new audience of their own."

Over at www.witchernetflix.com you can now track events all in one place. Its timeline is split into four sections, which follow the show's protagonists Geralt, Yennefer, Ciri along with general history of The Witcher universe, while also specifying what events occurred in what episodes. 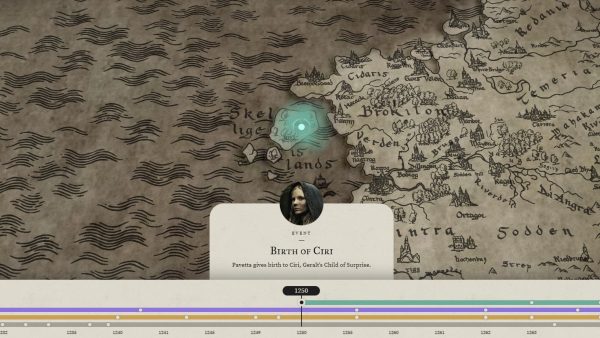 Netflix has already renewed The Witcher for a second season, which is set to kick off sometime next year.