I’m creeping through the forest at night, and all around me I can hear the gnashing of teeth. Shadows skit by in the near distance - packs of wild dogs - and every cracked branch makes my heart skip.

From the darkness a herd of deer emerge, stampeding towards me. That’s my cue to leg it to a nearby wooden walkway in the treetops. I reach it just in time to see a huge, mutated bear lumber past, its lips caked in saliva - I can make out a long dribble in the glow of my flashlight.

The Metro games have always been creepy and atmospheric, but the open areas of Exodus set it up for more varied, surprising scenarios such as this.

Moments before, I was stalking through the remains of a summer camp during the day. It was hostile territory, and its residents were the type to shoot on sight. If you choose to creep through the area and listen in on their conversations, though, you begin to get a grasp on exactly why their trigger fingers are so itchy. 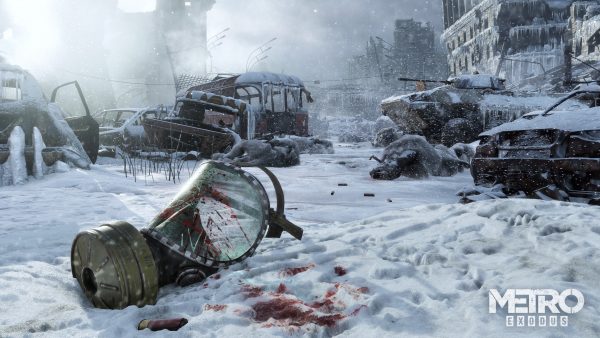 “This area we’re calling Taiga because it’s named after the forest it takes place in,” executive producer Jon Bloch tells me of the demo. “The idea is that this used to be like a summer camp. When the world blew up, they were there. Their parents never showed to pick them up so they stayed and grew up there - they grew up as kids isolated from the rest of the world.”

The community is just one of many you’ll meet on your travels - some hostile, some not - and they each have their own culture and backstory to discover. This particular group idolises their old camp teacher and sees them as a reverent figure, their survival lessons during camp forming the basis of their beliefs.

This group has a childlike quality, and you almost feel bad when you inevitably resort to gunning them down - especially if you accidentally shoot the ones who surrender. Oops.

In one of the outhouses on the outskirts of their compound, a raider is strung up with an arrow through his genitals. On his chest is a note that simply says “rapist”. It’s grim, but this world paints a clear picture with its environmental storytelling and genre-leading audio design. 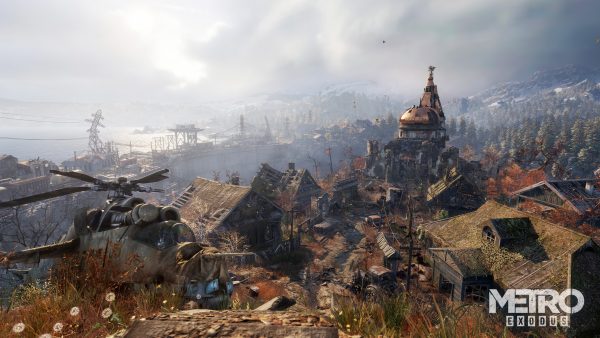 I can’t emphasise enough how brilliant and all-encompassing the sound design is. From the crack and echo of a hunting rifle being fired to the chirping of birds and the rustling of leaves, this world, though desolate and broken, feels alive.

Audio has always been an important part of the series (it’s what makes the radioactive storm of Last Light so impressive), but Exodus is elevated by new tech. It is the same method used in Ninja Theory’s Hellblade: binaural audio.

One of the sound designers went hiking through Ukraine with these ear-tipped microphones, recording the ambience of the real world. This method records sound spatially so you can hear exactly where each noise comes from and really judge the distance of those stampeding deer. It goes without saying that this is a game best experienced with headphones.

Of course, none of this would matter if the game itself didn’t feel right, but early signs are great. Headshots are satisfyingly grisly, combat is unforgiving, and every mechanic pulls you into the world, from the wiping down of your gas mask to rummaging through your backpack for supplies. It might be more open, but it’s unmistakably Metro. 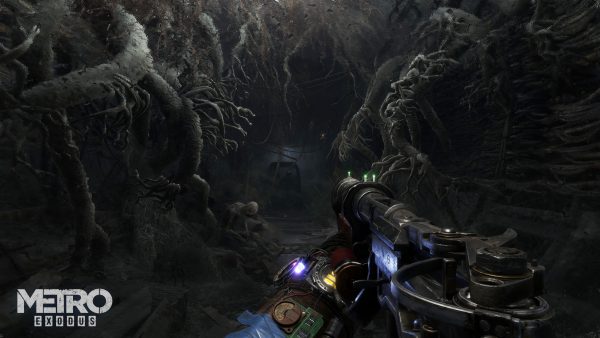 “We didn’t want to get rid of any mechanics, particularly mechanics that are definitely Metro,” Bloch explains. “We don’t like to use UI if we can avoid it, but even when we do, we still try to physicalise things around it. When you pull out your backpack, the things you see on the screen are what’s in your backpack.

“In the previous games, your gasmask would crack, open up a hole, and you would have to discard it. In this one you can actually repair it when you get to a workbench, or you can slap a piece of duct tape on it and patch it up right there.”

This short demo takes place during autumn and the game starts in the winter, so expect to see a wide variety of locations and situations when it finally releases. “Every situation, environment, and faction is unique,” Bloch says. “We wanted each area to be a new and fresh experience.”

Metro Exodus releases for PC, Xbox One, and PS4 on February 22.