Sony's ongoing indie push has been spurred on by the enthusiasm of one particular person, Shahid Ahmad. Johnny Cullen talks to the man who's championed some of the best indie titles on PlayStation.

It's quite amazing how Shahid Ahmad became something of a minor internet celebrity overnight. The head of Sony Computer Entertainment Europe's strategic content management team - and also developer of Chimera 2 in his spare time - is one of the most hard-driven, passionate people to be seen in the industry. He's a one-man army on Twitter, tweeting about life within and outside PlayStation. An open book, if you will.

But more than anything, he's enthusiastic in his passion to bring the best games made by independent talent from Europe to PlayStation platforms, from Thomas Was Alone's Mike Bithell to Vlambeer and thensome. He's that passionate about his work, he sometimes doesn't end up leaving SCEE's Soho HQ until near ten or 11pm at night, but that's not an issue for him considering. In his words, he has "the best job in video games today."

"I work for great management, with a great team. I’m regularly high-fiving Lorenzo [Grimaldi, production manager] and Spencer [Low, producer], easily twice a week," Ahmad says. "We work our socks off. Facebook? Forget it. We’re jumping from machine to machine, phone to Skype, Twitter to meeting, visit to build test, review to presentation, strategy planning to one-on-ones, email to email to email to email to ... there is rarely an average day. We shoot for excellent and are barely satisfied with “above average”.

Ahmad's rise to fame has been amazing to behold, but it's not a massive surprise. He's now become a mouthpiece for all things PlayStation worldwide on Twitter, regularly interacting with PlayStation fans on all things related. The way he communicates with the fan base hasn't changed dramatically, but he still admits it's all down to having "real dialogue" with the fans he's talking to. 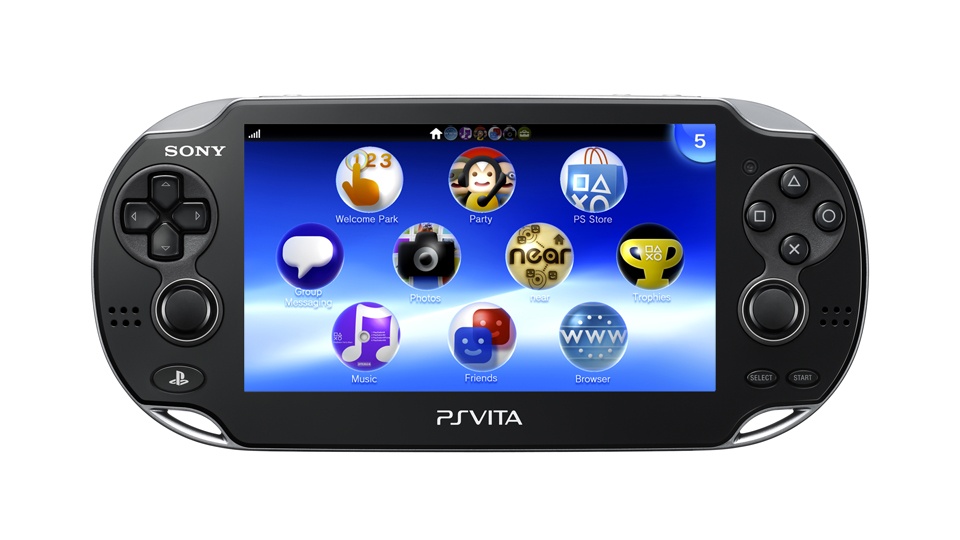 Ahmad now shares his face-fronting status of PlayStation with the likes of SCE World Wide Studios boss Shuhei Yoshida, US WWS boss Scott Rhode, SCEA execs Adam Boyes, Shane Bettenhausen and Nick Suttner. With his newfound fame, Ahmad has been become a kind of news figure, teasing numerous nuggets of news that end up on NeoGAF within minutes of becoming public knowledge. He's aware of running the GAF gauntlet, so to speak, but is in fact pretty full of love for the forum.

"The double-edged sword is not something I worry about," he mused. "All actions have a consequence. So long as we are true to our values, the right actions for us should follow. There is no point in getting too caught up in how those actions will be interpreted or you’d be paralysed."

He continued, "Things are going to end up on GAF and they won’t always be the things you thought they’d pick up on. You know, GAF is pretty incredible. Yes, they can give you a hard time and sometimes you feel that some of that is undeserved because the full picture isn’t available, but to think there are people out there who really care about this stuff is pretty amazing, pretty humbling. Also, they once changed a thread title because I asked nicely. That’s just class. I’ve never known that to happen.

"So the way to handle the scrutiny and attention is to be genuine, passionate, focussed and to remain true to our values."

Ahmad's main focus in his role as head of SCEE's strategic content is bringing the best independent games to PlayStation Vita. For a device that launched a year-and-a-half ago as the next "Swiss Army knife of handheld gaming", its now gaining more of a cult status for attracting some amazing indie games.

The likes of Thomas Was Alone, Retro City Rampage and Hotline Miami are just a few examples of strong indie content on the format, along with the likes of Flower, The Walking Dead and Hohokum among other games on the way. Despite setting out to be a AAA device, Vita's evolution as a more of an indie handheld "seemed obvious," according to Ahmad.

"Playing PC or Mac indie games is very much a lean-forward experience that creates an air of intimacy," he says. "Vita is also intimate, but with headphones and that stunning screen and perfect array of real controls, it seemed even more suited to that type of indie game. 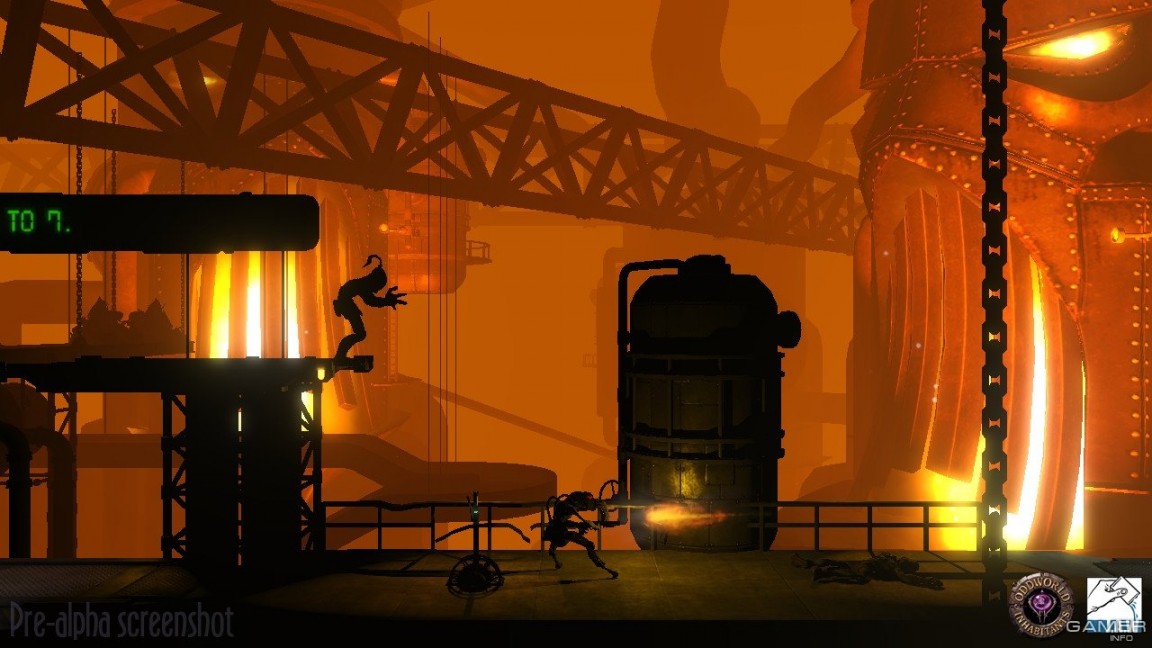 "We just knew that it could come alive with some of those brilliant games and we wanted indie developers to realise that the Vita could be a natural home for the kind of experience they wanted to create, so we set about inviting them. "

More so, the indie revolution that has been building and building over the past few years can help - Ahmad believes - "lead" Vita on to "bigger and better things."

Ahmad noted, "What were good, creative games called before we used the label 'indie'? The only difference now is that there is digital distribution. You can get all kinds of game in this space, from really simple 2D games to pretty big 3D games. We’re not talking about indie on the one hand, and AAA on the other - it’s not either/or, but a continuum of form. A game is a game and I’m sure we’ll see a growing catalogue of excellent games spanning many genres and encompassing all kinds of scope on the Vita."

”I think there will be a far greater number of indie games on the PS4 than there were on the PS3. The PS4 is easier to program and much more powerful. For many indie devs used to a PC, the PS4 will seem like a supercharged version of what they’re used to. I can’t wait to see what they make of the PS4, and what they make for it.”

But while Vita is his 'baby', so to speak, the groundwork is being laid on bringing the best indie games to PlayStation 4, including the absolutely beautiful-looking Hohokum. Outside of SCE, self-published titles like Oddworld: New 'N' Tasty, Don't Starve and Octodad - already a cult-classic on PC - are either exclusive or coming first to PlayStation 4 for their console debut. Though the focus for the strategic content management team for the next while will actually be for Vita, Ahmad is "massively excited" by the possibilities for indie PS4 titles.

"I’ve never been more excited about the launch of a piece of hardware," he stated. "It’s so spectacular, so well thought out, so powerful, that I want to make games for it myself. The next best thing to making games for it is to work with people far better than me who can and will make great games for it."

He went on,"I think there will be a far greater number of indie games on the PS4 than there were on the PS3. The PS4 is easier to program and much more powerful. For many indie devs used to a PC, the PS4 will seem like a supercharged version of what they’re used to. I can’t wait to see what they make of the PS4, and what they make for it."

When I made note of the indie revolution earlier, it was a revolution that was unthinkable - on consoles at least - when PlayStation 3 launched across Europe in March 2007. But six years on from the system's release on the continent, the independent games development movement is no longer a footnote to the AAA titans but rather a main pillar for the industry and could even go as far as deciding who could win the impending console generation.

After all, look at the success of Journey and The Walking Dead last year, to name two, and you have an idea that indies are now starting to take centre stage. But there's still room for the two - AAA and indies - to coexist.

"We’re certainly a lot further along as an industry than we were in 2007 down the road towards digital distribution," says Ahmad. "There will continue to be room for all kinds of games.

"What makes the industry really ready is that we are adopting digital distribution and digital service at the core of everything we do. It’s not just about delivering bits to players. Now we see players create and share, and new bits are coming back to the creators.

"So the next generation is going to have this new connected world feature more prominently. But I think we will continue to see traditional AAA games and disc-based games continue for a while yet.