Bethesda has addressed the controversy around repair kits in Fallout 76 - arguing that the paid-for items offer convenience rather than the upper hand.

Repair kits were added to Fallout 76’s store in April, and allow players to instantly restore a piece of deteriorating gear - even to a level above their usual maximum condition.

Some players have argued that, in a potentially PvP game, they constitutes pay-to-win microtransactions. But project lead Jeff Gardiner disagrees. 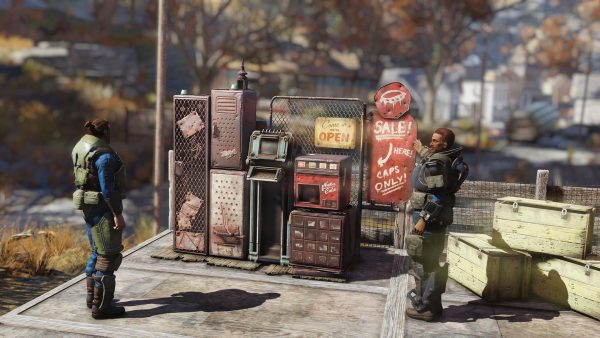 “We believed the repair kits were a convenience item for people who didn’t want to grind for adhesive and other things,” he told PC Gamer, "and it was just a way for them to basically shortcut game systems, definitely not pay-to-win. I will argue [with] anybody that [repair kits] makes you win at the game. You’re not really competing with one another, except for in PvP mode.”

I can certainly understand Gardiner’s point - this is a game played overwhelmingly alongside other players, rather than against them. But that ratio does shift in Fallout 76’s survival mode.