American writer Marc Prensky first coined the term 'Digital Natives' in an article released in 2001 called 'Digital Natives, Digital Immigrants'. You should read it, it's fascinating.

The term is used to describe a generation of academics who have grown up so immersed in modern technology that they don't need to be taught how to use it. Their practical understand comes naturally via their environment, much like children learn how to speak by hearing their parents talk.

Back when I was in high school they held classes to teach us how to use the internet, the best way to effectively use search engines, and how to send an email. I'm deadly serious. These things were new, a total mystery.

Over the course of a few years, our understanding of the internet grew, and our lives became more convenient and much faster as a result. It's hard to go back there, to think about life before the internet, and it's weird to think that my generation was the last to be born in the days before its existence.

One of the tools we given to help our understanding of the digital world was a touch typing program called Mavis Beacon Teaches Typing. Released in 1987 by The Software Toolworks, it was a simple yet fun way to make learning fun, and while at high school I became utterly addicted to it. 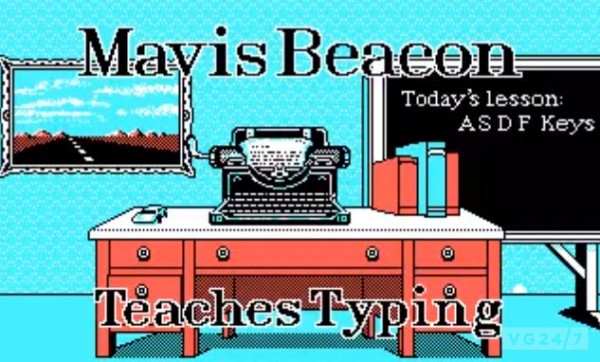 The Mavis Beacon series is regularly updated today with more sophisticated games, but during my school days it was fairly basic. My favourite exercise saw you controlling a sports car as it blazed a trail down a desert highway. You had to keep the vehicle's speed up by typing along with a scrolling line of text.

If you stumbled, the car would slow down and you'd start to fall behind the ever-ticking clock. The never-ending race dug its hooks into me and refused to let go. Over time typing at high speed became hypnotic, almost in the way Guitar Hero players enter a trance-like state of symbiosis when they perform Dragonforce's 'Through the Fire and Flames' on expert.

Although Mavis Beacon might sound incredibly dull, it was actually a wonderful thing back then. There we were, the first wave of academics being taught how to use the information super highway effectively and to become proficient typists. It was an exciting time, and many of us owe our word-per-minute ratio to the game's allure.

Here's some footage of the first
Mavis Beacon release.
Thanks VideoGameResearchLab.

I decided to write this article after I tried Drop, a simple typing game from Minecraft creator Notch. The weird thing is, I type for a living and if you read VG247 regularly you'll know just how many articles we pump out in a day. We have to type fast or we fall behind the news, but Drop is a true lesson in pain.

Take a minute or two to give Drop a try here. It's insanely fast, but just like Mavis Beacon or Guitar Hero you really do enter an almost trance-like state as the letters curl around the screen and assault your eyes. It's a stressful, psychedelic game based around a mundane act we do everyday at our jobs, or when using our phones to text a friend.

Yet it's horribly addictive, and I think it's a real feat to take something that is now so natural and turn into something so enjoyable and challenging. Typing is - for many of us - a similarly essential part of everyday living, just like our ability to take a breath or walk, but I imagine that if Microsoft or Sony released a game about either they wouldn't be half as enjoyable.

Which brings me neatly to The Typing of the Dead, which I'm sure many of you already know. Developed by Smilebit and released across Japanese arcades in 1999 and for Sega Dreamcast in 2001, the game is essentially a mash-up of Mavis Beacon typing games and The House of the Dead 2. The concept is bonkers, but no less enjoyable.

In fact, it has become a curio title among collector circles, and at the time of writing is commanding anywhere between $10-$100 on eBay, depending on quality and if the Dreamcast keyboard is bundled or not. In it, you must type words on the screen to shoot approaching zombies and abominations before they get close enough to attack. 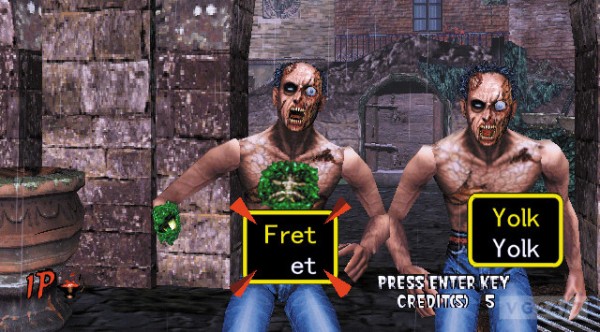 Couple the stress of typing words and phrases at speed, with the sight of advancing zombie bastards and you once again have a touch typing game that burrows under your skin and refuses to eject. It's silly, challenging and downright bizarre, but once again it's education disguised as play, which isn't an easy thing to achieve.

The last game I wanted to touch on is a strange typing game that taps into today's generation of 'texters'. Just like my generation had grown up in the days before the internet, we also lived in a world without mobile phones, which is also slightly mind-boggling to recall.

But now today's Digital Natives know how to use mobile phones naturally, and many of them own one at a very young age. This would have been unthinkable back when I was a child. What's strange is that I can type at lightning speed thanks to my early exposure to the Mavis Beacon series, but when it comes to texting I'm a clumsy oaf.

The Typing of the Dead is odd
but both daft and a lot of fun.
Thanks thebbps.

When I play Screwattack's iOS game Texting of the Bread I start to feel my age, and I'm only 29. You play as a girl scout who fires a milk cannon at an invading army of cookie monsters and gingerbread men.

You fire by texting words at speed on your phone or tablet. I'm terrible at it, like, really awful, but I suspect people younger than me are much better. Either way that same old thing happen when I play, where my eyes become glued to the screen, I rarely blink and my hands dance rapidly over my iPad's touch screen.

So even though I don't feel like a Digital Native when I play the game, It's still a great way of making something ordinary feel fresh and most importantly, fun. All of the games listed above share similar gameplay mechanics, but I feel there's scope for some new ways of incorporating touch typing skills into game today. That's not for me decide of course.

I'll leave you with a strange image of Texting of the Bread below, and please do share any memories you have of touch typing games you've played before, or of your life before the internet became a vital part of it in the comment box. 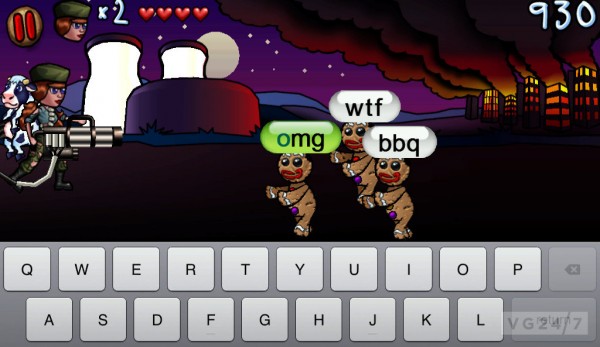