Obsidian Entertainment is one of the absolute masters of the role playing game, and it knows its way around a gut-wrenching story choice.

It's no surprise that founding staff who worked on the likes of Baldur's Gate, Icewind Dale, Planescape: Torment and the original Fallout series ended up creating a development house that'd keep the most traditional types of Western RPG alive.

As well as stints on some big external properties like Star Wars: Knights of the Old Republic 2, Fallout: New Vegas and South Park: The Stick of Truth, Obsidian had break-out kickstarter success with Pillars of Eternity. That's led to something of a revival of the isometric computer RPG, with the studio currently working on sequels to Pillars and putting out a port of the already successful first game on PC.

Ask players what Obsidian is good at and most fans will answer the same way: it's all about those choices. Fallout: New Vegas was widely praised for having writing superior to Bethesda's two entries in the series, and without a doubt what makes Obsidian's commercial struggle but cult classic Alpha Protocol stand out compared to its Bioware-crafted peers is how the game handles choice and consequence and the high-pressure espionage situations it places you in.

"It can't just be do you shoot grandma or do you help her across the street. Now, fifteen, twenty years ago we were doing a lot more of that, but I think as time has gone on we're understanding that better."

But what makes for a good video game choice according to those masters of the craft? Obsidian co-founder and CEO Feargus Urquhart knows a thing or two about crafting a strong moment of difficult player choice - so we put the question to him.

"It can be often too easy to make it about good and evil, right? So player choice needs to be legitimate and it needs to be about the player and not the designer," Urquhart told me during a lengthy phone interview about Obsidian's work in general. "I think that's the biggest important thing. We're at our best when we're thinking about - okay, where is the player in the game? What do we feel that they're thinking, what are they enjoying, and what are the type of players that they're trying to be?

"When we do that and give players choice based upon that... of course we can't say you can be any type of player. You can't be a serial killer and you can't be a nun! We still have to start with some sort of ground rules as far as what choices we're giving the player to do... but it's important to make those choices really make sense contextually within the quest and within the area of the game - it can't just be do you shoot grandma or do you help her across the street. Now, fifteen, twenty years ago we were doing a lot more of that, but I think as time has gone on we're understanding that better."

It was this sort of nuance that really made games like Fallout: New Vegas and Alpha Protocol sing in spite of bugs or gameplay systems that just failed to come together, and unburdened by worries about facial animation this is an area where the 2D isometric Obsidian games have really doubled down, with subtlety to choices that actually hasn't been seen all too often in gaming at all. While choices might be a studio strength, Urquhart says balance and restraint in player choices is an equal part of the process.

"Hard choices are good, but they're tiring," added Urquhart. "I think this is the other thing - so if you give players a hard choice that's hard for anybody unless you're a complete nun or a complete psychopath... those are great to have but they have to be used sparingly. This is because the player comes out of it kind of emotionally drained and if you do that too much... it's like playing Doom 3! It just ends up like, oh my god, stop, let me breathe. I think that's an important part of it, and I think that's what we focus on. 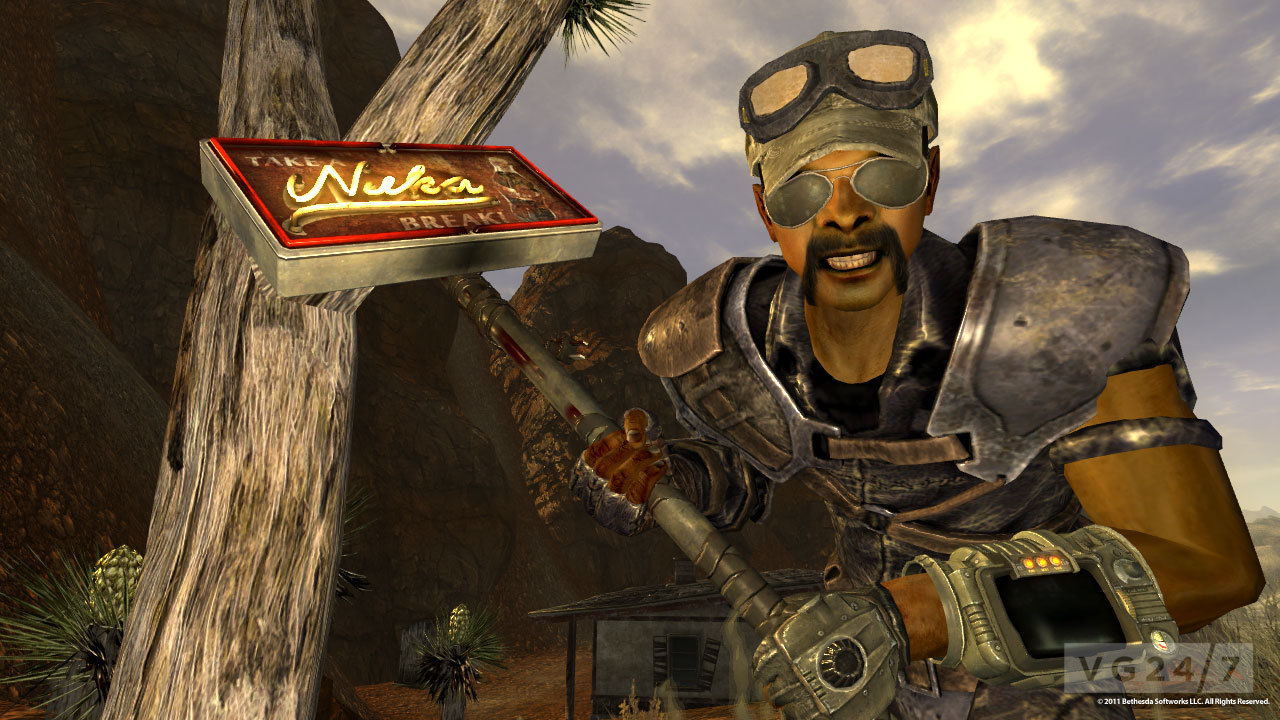 Once a player has made a choice for it to have meaning the game itself must react, and this too is something Obsidian has proved skillful at. Where Mass Effect was more simple and clear-cut with its pulpy good-or-evil, paragon-and-renegade player agency, Obsidian's Alpha Protocol was often more subtle, reacting to your actions in the world as well as how you spoke to people in ways that other games didn't. A focus on how consequence echoes through the game is an enormous part of why Alpha Protocol, which in many ways was unremarkable, became a fan-favourite on Steam.

"The other thing we used to do and I think what we try to do better and better now is... consequence has a negative connotation. There's this idea of... so, well, a consequence must be bad. No. What we mean is a reaction to what you did based upon how you did it. The player should always be 'rewarded' - in quotation marks - it's not just that if you help this person you get 10 gold because you're a good person but if you slit their throat you get all 1000 gold pieces on them," Urquhart says.

"We need to embrace the fact that ultimately we're telling a story, and it's fiction, and we're trying to tell things that have themes, and those themes will require choices... and some of those choices in modern life you would never do."

"It's not that - it's more what we really, properly started doing in Alpha Protocol. So there's an arms dealer, right - if you're nice to him and you work with him then it means these kind of things will unfold across the rest of the game. Punch him in the face and slam his face into the bar and then another type of consequences and reactivity will happen. It's not black or white, though. In a lot of ways it can all be rewards - it's just different types of rewards, with the key reward being that what you get is tuned to how you as a player chose to go through that.

"That goes back to that immersion - it makes you feel like you're in that game. If you slam his head in and he's like 'Alright dude!' and then he reacts to that throughout the rest of the game and now he's scared of you, the rewards in the game down the road, right through the game, are based on him being scared of you. I think that's how we've tried to make choice as relevant and as impactful as possible.

"It's tough. There is this modern... in our world today, not to make this about politics or anything like that, but there's this idea of making everything so broad and so inclusive and all this and all that. That's awesome, but I think that sometimes if we try to do that in a game it can risk flattening everything. In some ways we need to embrace the fact that ultimately we're telling a story, and it's fiction, and we're trying to tell things that have themes, and we're exploring those themes and those themes will require choices... and some of those choices in modern life you would never do. Some you'd go to jail for doing!

"That's the difference between games and real life - it's not meant to mimic real life, it's meant for us to put players in these worlds and have them experience things that will be broader than real life."