Castlevania: Lords of Shadow 2 sees MercurySteam refusing to rest on its laurels as it attempts to respond to criticisms of the first game and expand on its core concepts, as you run amok as Dracula himself. 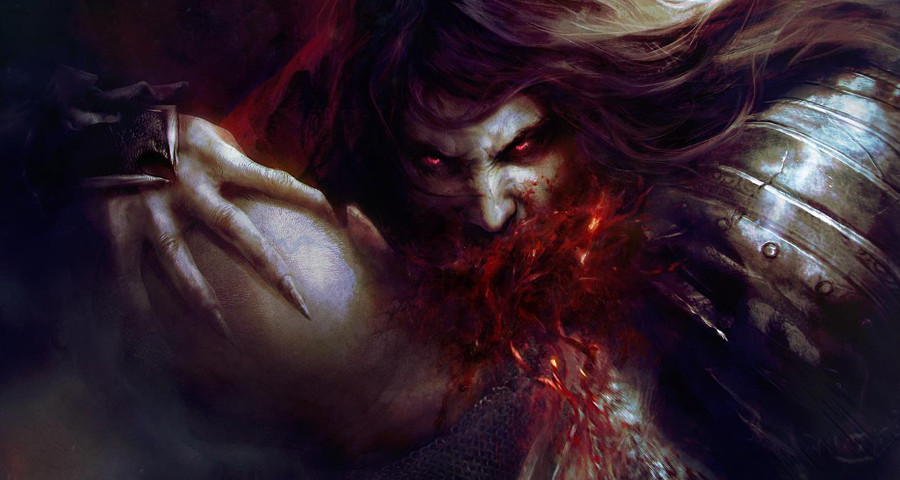 Castlevania: Lords of Shadow 2 comes 28 years after the series’ inception in 1986. It will be MercurySteam’s second and final Castlevania title.

The game launches on PC, PS3 and 360 next month and will come bearing this vampiric visage.

You’ll be playing as bitey-man Dracula, the creation of whom is discussed in this Lords of Shadow 2 dev diary.

For those curious as to how the combat system works, this 8-minute game play video from Gamescom 2013 provides clues in the form of moving pictures.

The original Castlevania: Lords of Shadow was something of a paradox when it launched in 2010. Here was a game that not only showed that the series could exist - and even thrive - outside of its traditional 2D plane, but that also proved its creators needn’t slavishly follow two decades of design convention in order to produce a quality Castlevania experience.

But it was also a Castlevania game that lacked the depth of exploration that has long been associated with the franchise. With some thoughtful puzzle elements and frenetic combat system it was initially considered to be such a radical departure for the series that Konami itself wasn’t convinced it should carry the Castlevania moniker until a certain Hideo Kojima gave it his blessing.

To further muddy the waters, it went on to become the best-selling Castlevania game to date (thanks in no small part to its multiformat release), which prompted two previously unplanned, rushed and ultimately misjudged splurges of DLC. All in all, while the purists continue to regard Symphony of the Night as the series’ design apex, it’s evident that Lords of Shadow had done enough for the franchise to earn itself a sequel.

The challenge for developer MercurySteam, then, is how to strike the balance between old and new. Speaking to Konami producer Dave Cox at an extended preview session for Lords of Shadow 2, he tells me that Konami’s research suggests that a lot of people that played its predecessor were lapsed Castlevania fans drawn to the title by its darker tone, one that came about from a deliberate effort to distance Lords of Shadow from “the Saturday morning anime that [the franchise] had become.”

“We knew that we had to retain enough of the core elements of the old series for fans to appreciate the game for what it was,” says Cox. “Now, with number two there are certainly more elements from the old series but I think it will become obvious that we're also doing a lot of new things. We're not afraid to take risks.”

Cox claims that, if anything, Lords of Shadow 2 is an even bigger departure for the series than its predecessor was. “We've tried to keep the core things that we think are important to a Castlevania game, so atmosphere, music, enemies, characters and some mythology that the fans can follow but at the same time we've never wanted to make a game that a player will come in and feel alienated," he says.

“We want players to be able to step into it and enjoy it for it what it is but to also have something there for fans to recognise.” 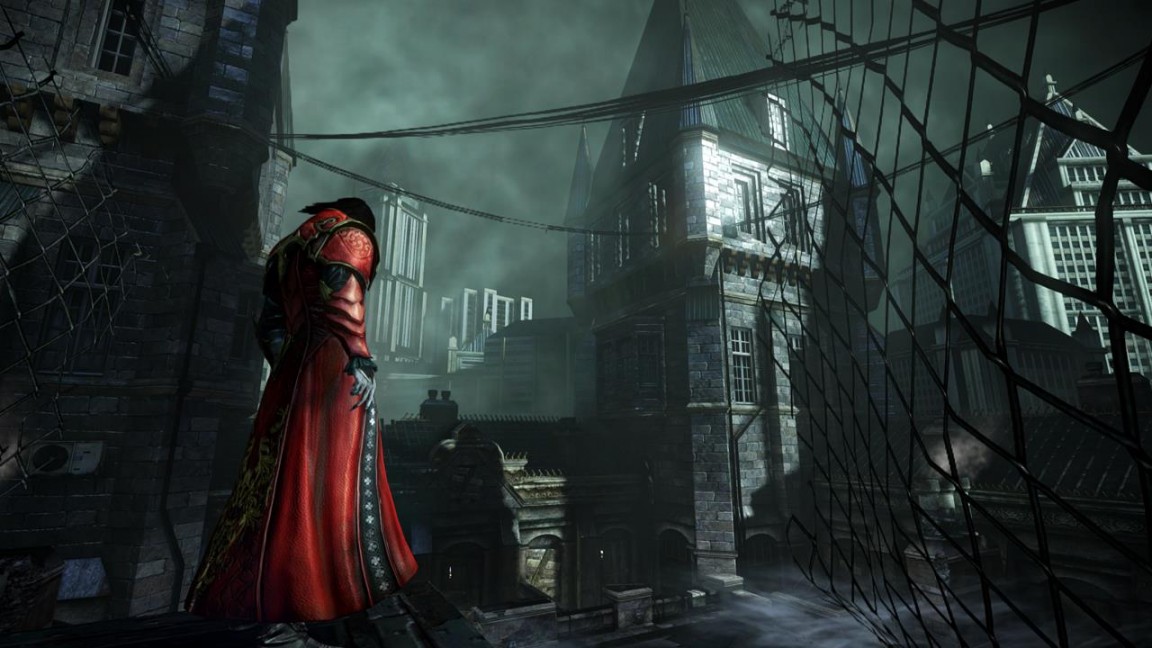 From the several hours of Lords of Shadow 2 that I play after speaking with Cox, it’s apparent that this familiarity comes in the form of both tiny details and broader concepts. Nods to Symphony of the Night will raise a wry smile from die-hard fans, while an expanded focus on exploration will please those that felt hemmed-in by the linear nature of the developer’s Castlevania debut.

This latter point is one of Lords of Shadow 2’s most noticeable improvements and, along with the expanded scope that takes in a modern-day city, lends the game an open-world feel - albeit one that is superficially limited until Dracula (the once virtuous Gabriel Belmont) has regained some of the vampiric powers fallen dormant after a several-hundred year slumber.

The powers that I earn during the game’s opening hours are geared towards solving some light physical-puzzle solving, which Cox suggests is intended to address criticisms of periods of poor pacing in the original. The ability to possess both rats and humans allows me to access otherwise out-of-reach areas, either by scurrying through vents or fooling security cameras. There’s also the option to call down a colony of bats to distract the hulking brutes that stalk the corridors of a power facility that Dracula infiltrates early-on in the modern-day setting.

A modern day Castlevania may sound like anathema to fans of the series’ medieval aesthetic, but MercurySteam has worked hard to tie the city to Dracula’s castle in as natural a way as possible. The castle itself still exists in the modern day and has been built around after Dracula’s existence faded into myth. It has become part of a wider environment, the city’s skyline is punctuated by spires and bell towers, and its architecture incorporates ancient catacombs rife with gothic accoutrements.

The action flits back and forth between the real world and a plane in which Dracula’s castle is still resplendent, which appears to be conjured from both its physical architecture and the dark lord’s memories. There’s a feeling that the castle itself is alive in some way and cannot exist without Dracula there to preside over it, it pulls at him even as Satan’s insidious corruption has set many of its denizens against their former master.

The end result is a huge play area that can be explored laterally and vertically (special abilities permitting) and the two environments can be switched between at certain anchor points that exist in both locations. It’s a bold undertaking and Cox is forthcoming about the challenges it has presented to the team and where it has drawn its influences from.

“It's been really bloody hard,” he says, frankly. “Our biggest fear was that we'd make a city like New York and that would take you out of the feel of the game. 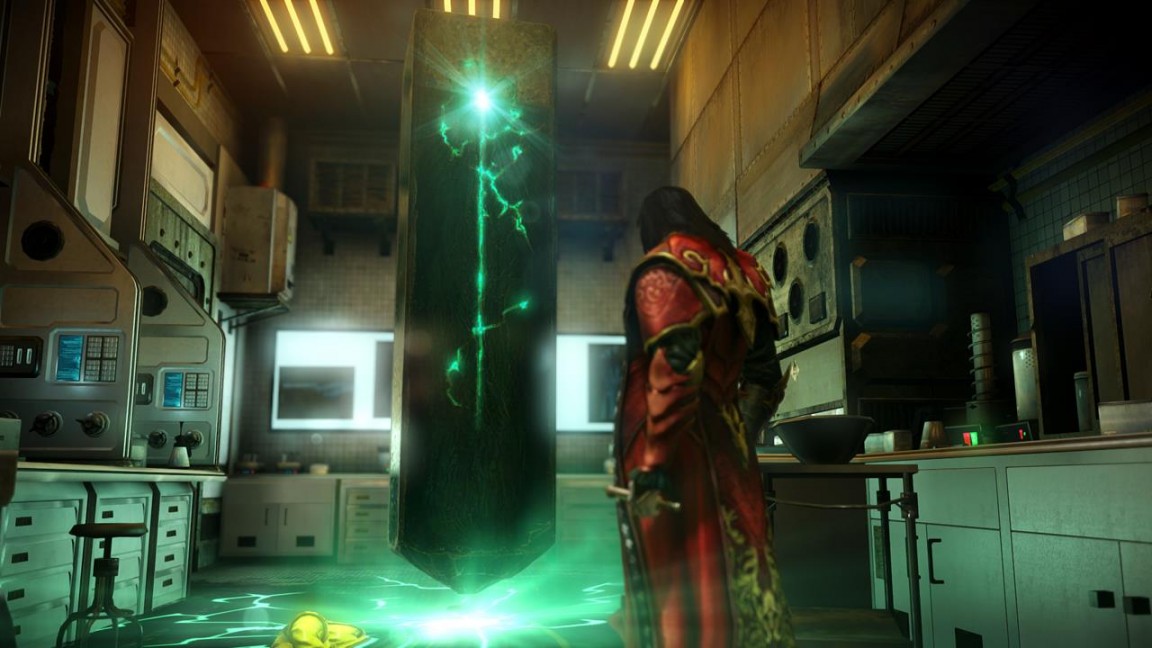 “It was after a trip to Budapest that we really started to appreciate that a lot of European cities have castles and areas where you’ll have these modern office blocks next to a very old building or you’ll see a cobblestone street with gargoyles and statues in the middle of a city. That was kind of the inspiration, those modern European cities with the juxtaposition of the old and the new.”

This mix of old and new extends to the combat system too, the mechanics of which have been previously outlined elsewhere on the site. Suffice to say that with both the Mastery and Focus systems there’s now more incentive to play smart rather than spam hard, although the latter still works for many low-level enemies. Overall, combat feels more fluid and reminds me of the free-flowing nature of a Devil May Cry combined with the upgradeable tricks of the inFamous series.

There’s certainly a lot here to be excited about but in the opening hours I found pretty much everything to do with the story to be a bit of a chore. From the sheer number and length of the cut-scenes to the irritating tendency for the game to take control of the free camera to highlight some point of interest or other, there were just too many interruptions and some try-hard moments included to emphasise that Dracula is really not a nice guy. However, Castlevania fans have long weathered the series’ heavy-handed exposition and overwrought histrionics with good grace (and are rewarded here with a knowing nod early on in the game), so they are unlikely to be too put off by them here.

MercurySteam has already declared that this will be its last Castlevania game and with Lords of Shadow 2 the developer looks set to honour many of the series’ long-standing traditions but to also expand upon its own original ideas and so leave a lasting legacy to whomever Konami next hands the torch.

Castlevania: Lords of Shadow 2 will be released on PC, PS3 and 360 on February 25 in the US and February 28 in Europe.