It's been nearly four years since we had any real reason to talk about the sequel, officially titled The Magical Realms of Tír na nÓg: Escape from Necron 7 – Revenge of Cuchulainn: The Official Game of the Movie – Chapter 2 of the Hoopz Barkley SaGa. All the way back in 2013 the game raised $120,355 through a Kickstarter campaign, with an estimated release date of December that same year.

Cut to June 2019 - well past that date - and it sounds like the project is in real trouble, if not cancelled outright. 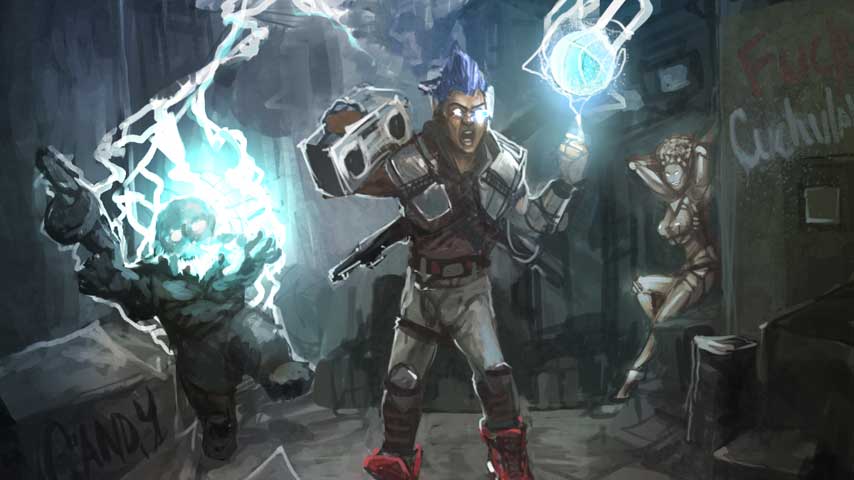 The news comes from a series of posts on the Something Awful forums, which have been handily screenshotted by Twitter user Josh Bossie.

As the post explains, development has been messy, and most of the team involved at the beginning is gone now - from the outside, it looks dead.

Soon after, the official Twitter account for developer TalesofGames spoke up, after a year of inactivity, to explain that the game isn't technically dead - but aside from that, the posts are accurate.

Greetings from established ToG villian, bhroom. Besides Barkley 2 dev being 100% dead, everything else you may have seen about the Great ToG Schism is pretty accurate. I owe everyone a long write up of the B2 SaGa. In the meantime, how should I address qs?

Game is not dead... ummm here. This is some git commits from last few days so I still work on it. Now I'm not saying that its going WELL. But I wouldn't call it dead. pic.twitter.com/u7hewAI7p8

Whether or not we ever actually see a finished version of Barkley 2 is yet to be seen, but it's not looking good. Hopefully the backers - especially those who pledged hundreds, or in two cases over a thousand dollars - have been compensated in some way.