Developed by F.E.A.R. developer Monolith, the title will be a 4v4 multiplayer affair, where players will become an "imposter" on either Team Bats (Batman) or Team Jokers (The Joker).

"Gotham City Impostors blows apart expectations for superhero games with an exaggerated take on first person shooters, set in a part of the DC Universe players have never seen before," said Warner's SVP of production and development, Samantha Ryan.

"Monolith is creating a game that turns Gotham City upside down and we think fans are going to have a blast with this creative twist on multiplayer heroism and anti-heroism as they play up the classic rivalry between Batman and The Joker."

You'll be able to customise your loadouts, your character and your costume through various gametypes and maps.

Kotaku's just gone live with a hands-on of the game.

A downloadable Batman title has been speculated as far back as February, with Warner registering domains for Gotham City Imposters at about the same time

No date yet. It's coming to PSN, Xbox Live and PC. Thanks, Joystiq. 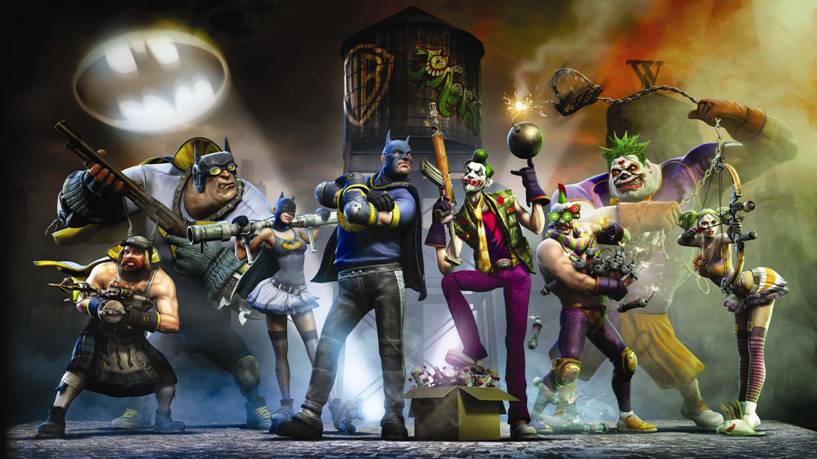