Apex Legends wants to disrupt. It wants to make you stop.

Titanfall games have always been about flow - smooth, circular sprints around tight maps. Wall-running while firing from the hip, lining up double jumps through second storey windows as you cock a shotgun. Respawn’s battle royale spin-off has a different pace.

There’s still some of that kineticism: You can slide down hills like you’re riding a toboggan; you can speed down ziplines; one hero has a grappling hook; you can mantle up through second floor openings; and there are rideable balloons that shoot you into the stratosphere as if you just ejected from a Titan.

It might be missing the stomping robots and the ability to circumnavigate the map without your feet touching the floor, but it still has that signature Titanfall feel, from the punchiness of the guns to the tight controls. 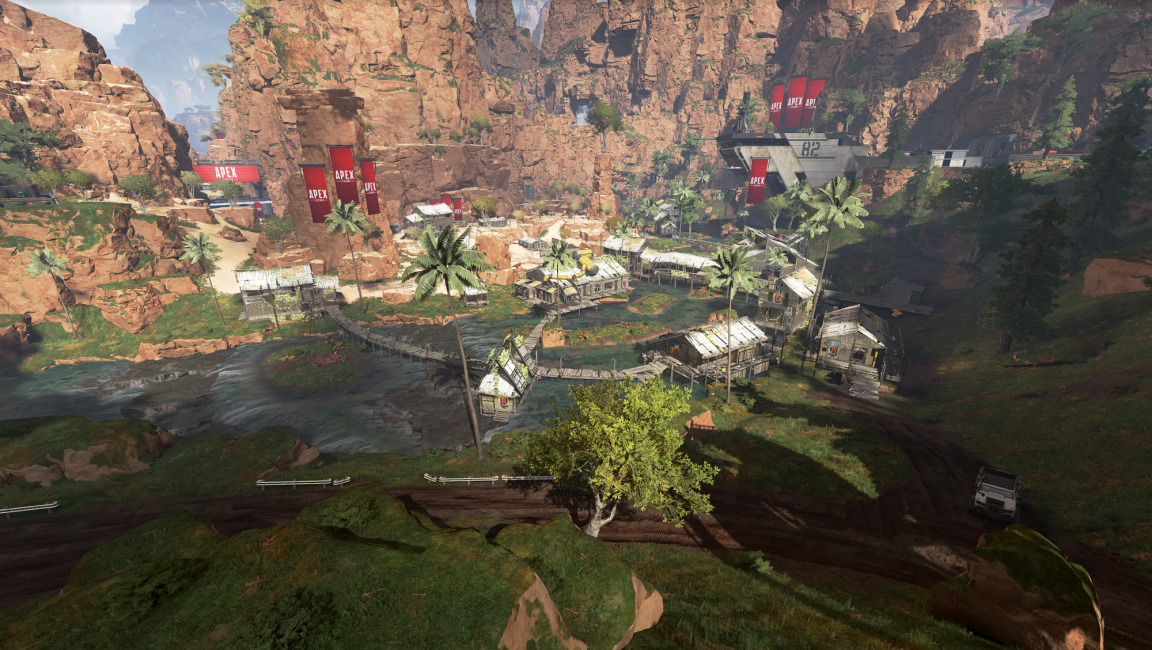 “[We were like], let's try it with Titanfall: let's try wallrunning, let's try Titans,” design director Mackey McCandlish explains. “We had a tonne of fun. It felt in some ways like the upper level of possible Titanfall skill - a masterclass of Titanfall. You had to be supremely good at your wallrunning and map sensibility to excel in that environment, that one-life version of Titanfall. It was so fast-paced you'd be exhausted; you'd die fast.

“Battle royale has an inherent fairness that makes it work. It's like Texas hold 'em. You all get two cards - you don't get to come in with ten cards at the final table and roll everything. Titans and wallrunning threatened that competitive fairness in different ways. We want to make a game that you can play for thousands of hours and discover depth and mastery that you can really sink your teeth into. Part of the fun of that is you're reacting all the time and you're not as much anticipating a match and getting the drop.

“What we realised was: This was a young genre, there's a chance to change up the genre, to disrupt the existing games. So we looked at the conventions of the genre and we challenged them from first principles. Is this a load-bearing wall or can we change this?” 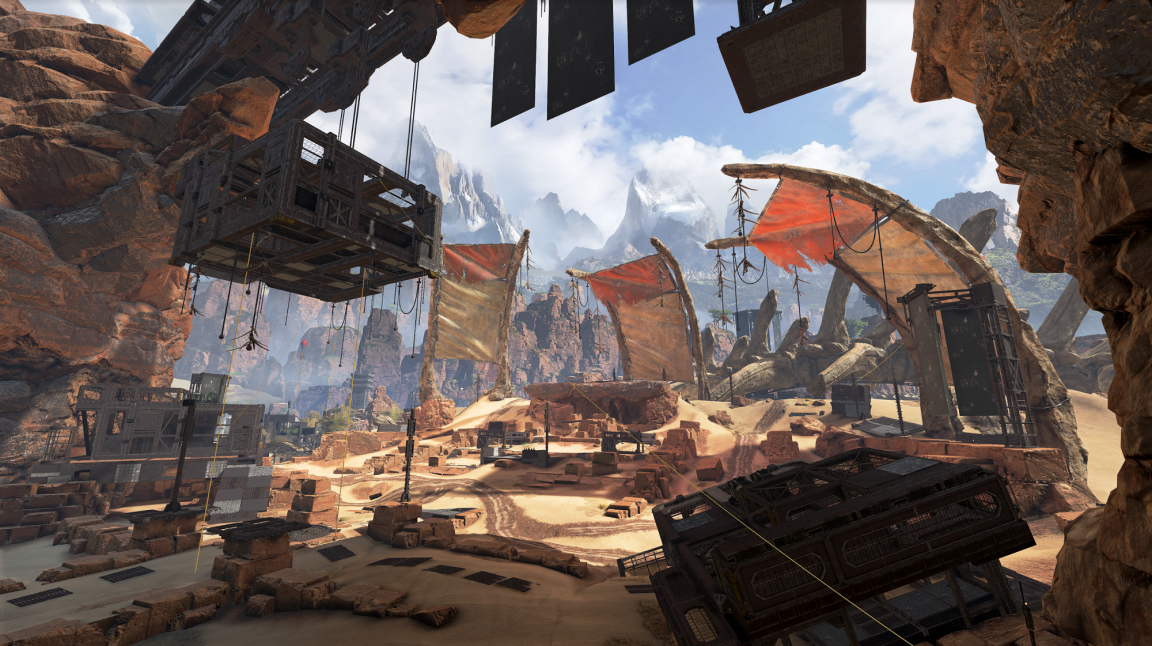 This simple question resulted in some of the things that make Apex Legends stand out. First off, it doesn’t have a staging ground. PUBG kicked off this tradition by plonking players into a hellscape of racial slurs, squealing children, and gunshots as the next match loads in. Fortnite followed it up by letting players have a dance-off before embarking on the Battle Bus. Here, you’re just thrown straight into a game. It’s much better.

Next up, there are no duos or solo modes - it’s three-person squads and the heroes are balanced in such a way that this feels optimal. It’s a battle royale with teamwork at its very core. Speaking of which, even the initial drop into the large map that supports up to 60 players has its own twist - one player in your squad is marked as the Jumpmaster, and you drop alongside them, all three of you falling in unison. You can break away at any time, but it removes the need for voice comms to synchronise your landing.

In fact, voice comms are entirely optional here. A context sensitive shoutout button allows you to effectively communicate without voice chat. Hit the button while looking at a building and your character will say something along the lines of “Let’s explore over here”. It puts a marker on yours and your allies’ HUDs, while also placing a blip on the map. If they look at the marker and press a button, they can bark an acknowledgement. This same function can also be used to call out general locations of enemies, to say a place looks like it’s been raided, to say you’re defending a position, or to mark specific items for your friends. They can respond to all of this, calling dibs on an assault rifle attachment, for example.

The idea is to do to battle royale what Titanfall did for shooters, and that means retaining the entertaining components while adding some new crinkles. Part of the appeal of battle royale is that it delivers a different cadence to traditional shooters. You might go five minutes without seeing another player, and that tension heightens the excitement of the shootouts that punctuate the quiet.

Even the map design caters to this new mindset. In Titanfall, almost all the windows are open. Titanfall is about circling the map like a Nascar racer, hopping through buildings as you go. Here, many windows are blocked. 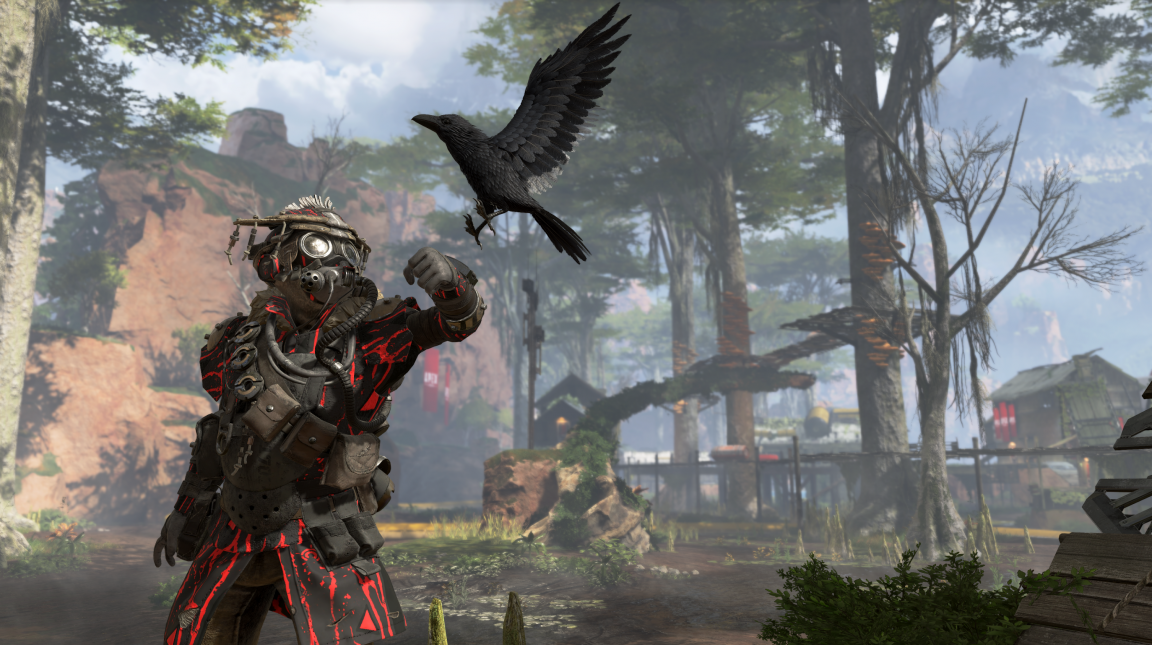 Respawn has put a lot of thought into limiting entry points into interiors so cowardly players can hunker down. But there are also counters to this style of play. One of the characters you can choose, called Bloodhound, can track players and has an ability that briefly lights up enemies through walls. Then there’s Mirage, who can send a holographic decoy into one doorway as another teammate breaches another entrance. You’re never left without at least one tool for any situation, and those Overwatch-style characters really lend themselves to this genre for that reason.

“It's harder in Titanfall to play with your teammates and to coordinate with them,” McCandlish says. “It's a game that's played more like: 'play alone, together', hit from different angles. We were looking for social opportunities. That's manifested in this game's three-man squads, pinging a smart comms system that helps squads coordinate, and respawn chambers keep squads playing. In the same way that we didn't consider any of the conventions of battle royale to be sacred, we didn't consider any one part of the Titanfall universe to be sacred. We are using the parts that work to achieve our goals.”

Those respawn chambers are yet another game-changer. If one of your allies gets downed, they can be revived like in other team-based battle royale modes. If they get finished while downed, you have a limited time to get to their corpse and scan their data. Respawn chambers are peppered throughout the map - take that data to one of them and your ally can drop back into battle, though they’ll have no gear and the ship’s arrival could draw a rival squad to your location.

On the surface, it appears that Apex Legends has no ideas of its own. The characters are clearly inspired by Overwatch - though they at least have mostly different abilities - the armour and helmet system is straight out of PUBG, the battle pass is taken from Fortnite, and the guns are all from Respawn’s previous game. It appears to be a cynical cash-grab, but it’s hard to call it that when you’ve spent any amount of time playing it. All those little innovations add up to a lot, and it helps that this is the best-feeling battle royale shooter around, too. Respawn says it wants to disrupt the industry and this highly polished, triple-A take on battle royale might just have what it takes to stop you in your tracks.