Although Halo Infinite doesn’t necessarily have a full-fledged open world, you’ll be able to backtrack and explore previous areas after initially playing through them.


The news comes from a recent report published by Destructoid. According to said report, associate creative director Paul Crocker said that although you move through new areas as part of the game’s main story, previously visited areas can be reentered after you initially progress past them.

“The simple answer is that it takes place in a huge world that is open and expansive,” Crocker said. “We have a storyline that pulls you through it, which is effectively unlocking certain areas. But, as you progress through it, you have the ability to backtrack and explore to your heart’s content. There is a lot to find out in the world.” 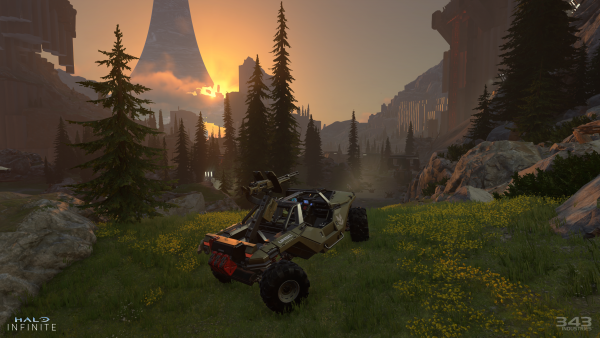 Halo Infinite head of design Jerry Hook elaborated on Crocker’s sentiment, adding details about how this structure feeds into upgrading your equipment.

“Chief, as he explores the ring, he’s gonna find more equipment,” Hook said. “He’s always gonna find ways to upgrade that equipment. And, it’s not all about power, but it’s about options for the player. We want to ensure that players are able to make the choices to be successful in the way that they want to play the game.”

Stitching the two quotes together implies that the primary purpose of backtracking is to explore and obtain upgrades for your guns and equipment.

It’s probably worth revisiting earlier areas after you’ve leveled up a bit, in that you’ll probably miss some equipment the first time around – in turn, getting your hands on it after the fact will make you far more capable when it comes to dealing with later, more difficult areas.

This new information also makes sense when you consider the map we saw during the Halo Infinite gameplay trailer, which included a variety of different mission objectives.

In related news, Halo Infinite could include a battle royale mode.