A fading memory of town is all that remains of Centralia, Pennsylvania. Its earth is hot to the touch as smoke billows past the surface and into the air, blotting out the sun. Gnarled streets and empty lots are strewn in graffiti, commemorating the bitter absence of all life. This desolation, laden with sinkholes and trash, is the result of a coal vein set ablaze more than half a century ago. Beautiful neighborhoods are now a trampled playground for gawkers and would-be ghost hunters.

Pennsylvania, famously, had a thriving coal mining industry throughout the late 1800s and early 1900s as it was a cradle for some of the richest coal deposits in the world. Anthracite, the purest form of coal, was abundant in the northwest end of the state–coined the “coal region” by locals. Centralia was one of many mining boomtowns in the area. A small, friendly community, where folks knew each other on a first-name basis and locking the front door was merely a formality. 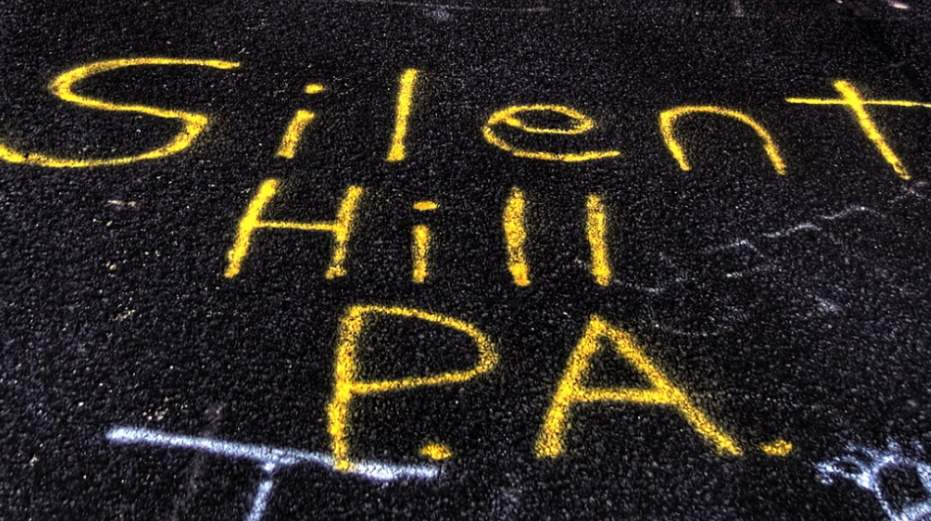 Then, in May 1962, an innocuous public service struck a match that eventually led to Centralia’s ruin. The city council was planning to cull the local landfill by way of a controlled burn to temper putrid stinks from spilling into the surrounding area. They wanted it done before Memorial Day ceremonies, as Odd Fellows Cemetery was only a hop and a skip away from the landfill. On the council’s behest, a volunteer firefighting company set the area aflame.

“When most of the paper on the surface of the landfill was gone, the firemen poured water on it until they could no longer see flames,” wrote David DeKok in Fire Underground. “They left, believing the fire was out.” However, a sliver of it endured, smoldering through heaps of garbage and into the old mine tunnels. There, minuscule sparks ignited a raging, coal-fueled furnace below Centralia.

The ensuing years would prove harrowing for Centralians. No matter how much money the township threw at the underground fire, every effort to extinguish it was reduced to ash. Homes were rife with carbon monoxide, resulting in respiratory infections like chronic bronchitis. In 1979, the underground gasoline tanks at Coddington’s gas station superheated to an alarming 122 degrees Fahrenheit (50*C). Later in 1981, the ground below twelve-year-old Todd Domboski suddenly caved in, nearly ending his life had a family member not been there to pull him out of the sinkhole. The dangers were mounting, forcing Congress to allocate $42 million for the relocation of residents. With most of its houses bulldozed, zip code eliminated, and the entire population removed (save for a few devout holdouts), Centralia was no more. The fire itself, though, burns to this day. 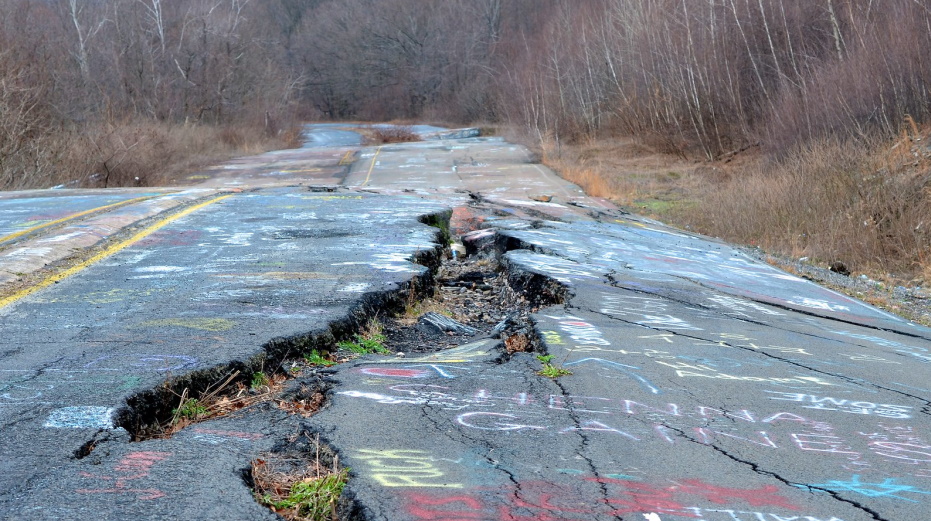 “Can you tell me the best way to get to Silent Hill?” pleads Rose Da Silva (Radha Mitchell) to a gas station attendant in the film’s opening. The answer gives her pause. Roads to Silent Hill don’t exist anymore after an underground coal mine fire turned the town into an abandoned husk. Her determination to investigate doesn’t falter, though.

Ashes land on Rose’s cheek, and sinister fog permeates every nook and cranny of the deserted town. Then, an air-raid siren sounds, signaling the coming darkness. Empty streets and dilapidated homes melt away, as Silent Hill’s rust-caked, industrialized otherworld takes center stage. A man in coal mining attire is mounted in a crucifixion pose.

It turns out that Silent Hill has a history of locals getting all old-testament. Fanatical witch-burning puritans took their fury out on a girl named Alessa (Jodelle Ferland) 30 years ago, but the ritual went awry, igniting the coal seam below the town. Residents had to evacuate overnight lest they get caught in the inferno. Alessa, aided by demonic powers, cursed Silent Hill into oblivion. 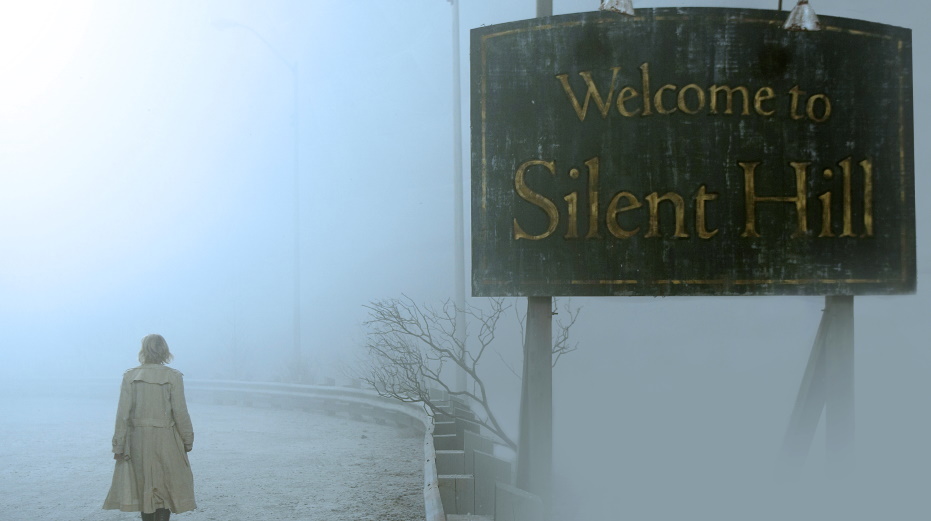 The film only vaguely adapts the first Silent Hill game. Rose, for example, was an original character created for the film, as was the entire witch-burning subplot involving Alessa. In the original Silent Hill game (1999), Alessa is a victim of her abusive mother, Dahlia Gillespie, who, through occult incantations, impregnates her daughter with a demon god. In the film, Dahlia (Deborah Kara Unger) grieves over the torture of Alessa at the hands of the church. Dahlia goes from being the antagonist of the game to a sympathetic figure in the film. “Outside of referencing certain people, locations, creatures, and camera angles – the film is entirely different from the source material story-wise,” says Whitney Chavis, owner of the Silent Hill Historical Society fansite. “I was pretty disappointed that the movie ended up being an extremely loose adaptation.”

Akira Yamaoka, the composer for the series, also served as executive producer for the film. Both he and Konami were gung ho for Avary’s script, especially the inspiration from Centralia. “It all made for a good thematic background,” states Avary on Twitter. “I worked closely with Akira Yamaoka, who enthusiastically approved my Centralia background story for the movie.” While a dump fire isn’t as nightmare-inducing as witch burnings gone wrong, Centralia’s storied history manifests itself throughout the film. The tale of a community devastated by arrogance is a powerful backdrop for a horror film.

Silent Hill the movie released on April 21, 2006, to substantial box office numbers. In the US and Canada, it debuted at number one, earning $100.6 million worldwide during its theatrical run. I vividly remember loving the theater experience, audience members aghast when Pyramid Head ripped the flesh from his victims’ bones as if they were string cheese. It’s not a good movie, but my teen-self was elated that a broader audience got a glimpse of a series that meant so much to me. 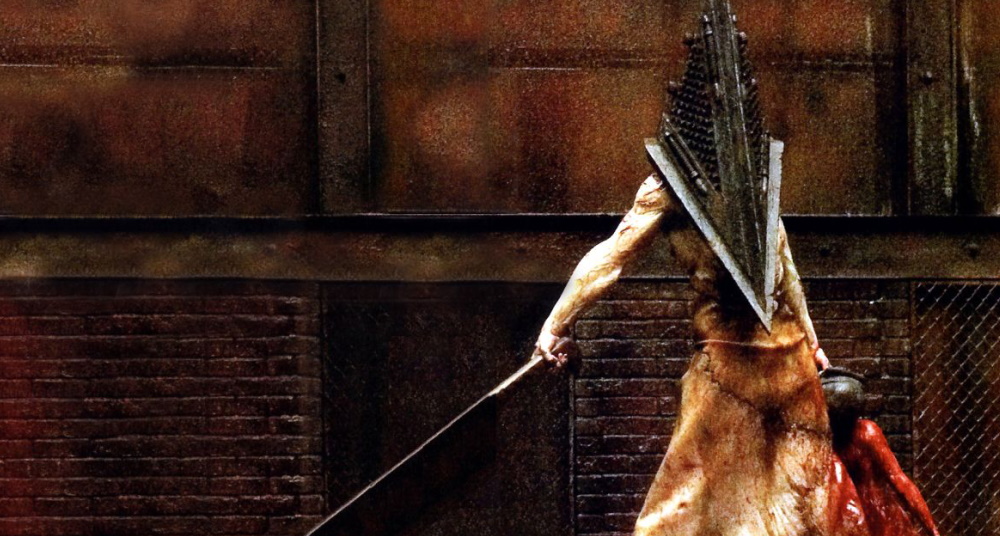 I wasn’t the only one who had fun with it. In the years since the film came out, Centralia has become a popular tourist destination for fans. “The number of people who come to Centralia because of Silent Hill is astonishing,” writes DeKok in Fire Underground. YouTube overflows with videos of tourists chronicling their escapades in Centralia, often with Akira Yamaoka’s music playing in the background. It’s as if they expect Silent Hill’s otherworld to rip open, and Pyramid Head to pose for pictures. In reality, they’re more likely to fall into a sinkhole, as Todd Domboski did. The Commonwealth of Pennsylvania has warnings posted outside city limits, but access isn’t forbidden since a few people (incredibly) still live there. However, the danger is genuine. Anthracite is so valuable because it has the highest energy density of any coal, which is why 50 years later, the fire below Centralia still burns. For many, the siren song of the real Silent Hill is too strong to resist. Many of these fans believe Centralia was the basis for the entire franchise rather than the film alone.

“I believe that people thinking the film is a direct adaptation of the first game has played a big factor in the confusion,” explains Chavis. “Especially since the film has helped introduce a lot more people to the game series over the years.” She goes on to say there have been countless listicles and videos perpetuating the misinformation that Silent Hill, the first game in the franchise, was inspired by Centralia.

“Just to clarify, there was no town that inspired the design of [Silent Hill] in the game,” states Masahiro Ito, art director for the first three games on Twitter. “To be honest, I really get tired of this.” It’s hard to say where the misconceptions began, but it’s been a talking point in the fandom for years. 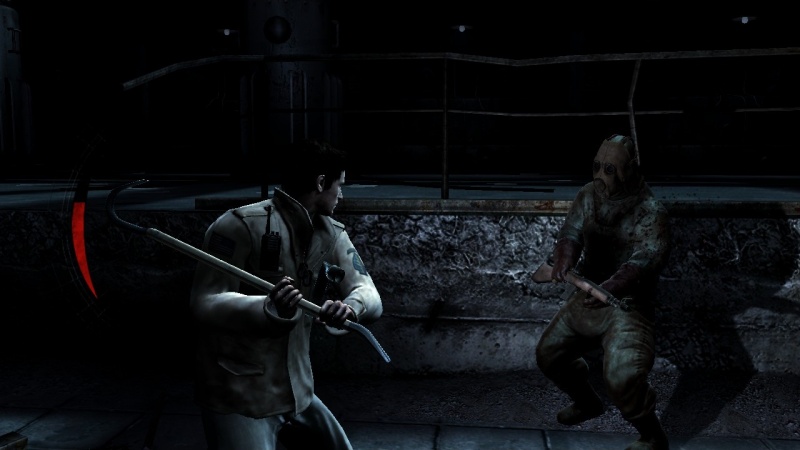 Ironically, the confusion has skulked its way into the games, too. Silent Hill: Homecoming (2008), developed by Double Helix Games, lifted loads of iconography from the film. Ash rains from the sky and smokey cracks envelope the streets of the titular ghost town, obviously alluding to an underground coal mine fire. However, there was never a fire like this in the game’s canon. Silent Hill (1999) had falling snowflakes, which were retrofitted into ashes for the film, but that’s it; just a smidge different.

“As much as I dislike claims of Centralia inspiring the town of Silent Hill, I’m still glad the film exists,” explains Chavis. “It exposed this beautiful series to so many more eyes.”

I’ve often wondered if Silent Hill and Centralia will ever shake each other off, but that’s unlikely. The two are forever locked together in the eternal quagmire, and lines will only continue to blur as time goes on. However, that might not be a bad thing. As a question mark still hangs over Silent Hill’s future, Centralia is there to keep the memory alive.