The Sherlock Holmes franchise and other titles developed by Frogwares have been removed from console storefronts by the studio’s former publisher, Focus Home Interactive.

Frogwares issued a statement today following the removal of its games from Microsoft and Sony storefronts.

According to the studio titles Sherlock Holmes: Crimes and Punishments, The Testament of Sherlock Holmes, Sherlock Holmes vs Jack The Ripper and Magrunner: Dark Pulse will no longer be available for purchase on consoles.

Frogwares said the reason behind the removal is that Focus Home Interactive “refuses to transfer the title IDs” to the IPs which the studio owns. The company, according to the studio, is refusing to do this despite the expiration of the publishing and distribution agreement.

An official statement from Frogwares said its former publisher has a policy in place in which it will not transfer the content ID or title ID to developers which have removed games from its catalog.

The studio claims this policy was not mentioned in any of the contracts it signed with Focus Home Interactive. 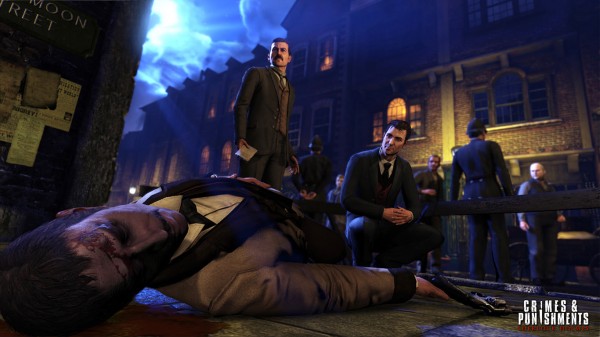 For now, until the developer can set up its own store profiles, the only game which remains for sale is Sherlock Holmes Crimes & Punishment. It too though will be removed from sale on all platforms by September 29.

“As the creators and IP owners of all those games, we have no control and no say in this,” reads the official statement. “We are in the process of setting up new store profiles, and we are contacting console stores and hope to try and rectify the situation.

“However, we are unable to confirm if this can be done and already know that it will be impossible for certain games on [Xbox 360 and PS3] and very costly for others as we will have to update the SDK and that takes months.”

Frogwares provided a full list of games which have been pulled from sale. It’s below.

The studio noted that on Steam, The Testament of Sherlock Holmes, Sherlock Holmes vs Jack The Ripper and Magrunner: Dark Pulse are self-published and remain available for purchase.

A statement from Focus Home Interactive was not available as of press time.