If the death of the PlayStation Vita was heartbreaking for you, the Switch Lite is here to save the day.

Vita fans are a very specific, passionate bunch. I made a deprecating joke about the Vita’s death on Twitter once and found my mentions flooded with people furious I hadn’t paid the machine due deference, each hashtagged #VitaIsland. Those fans were, for a time, an abandoned island nation with a penchant for taking things too seriously. They’re not any more. Abandoned, I mean. 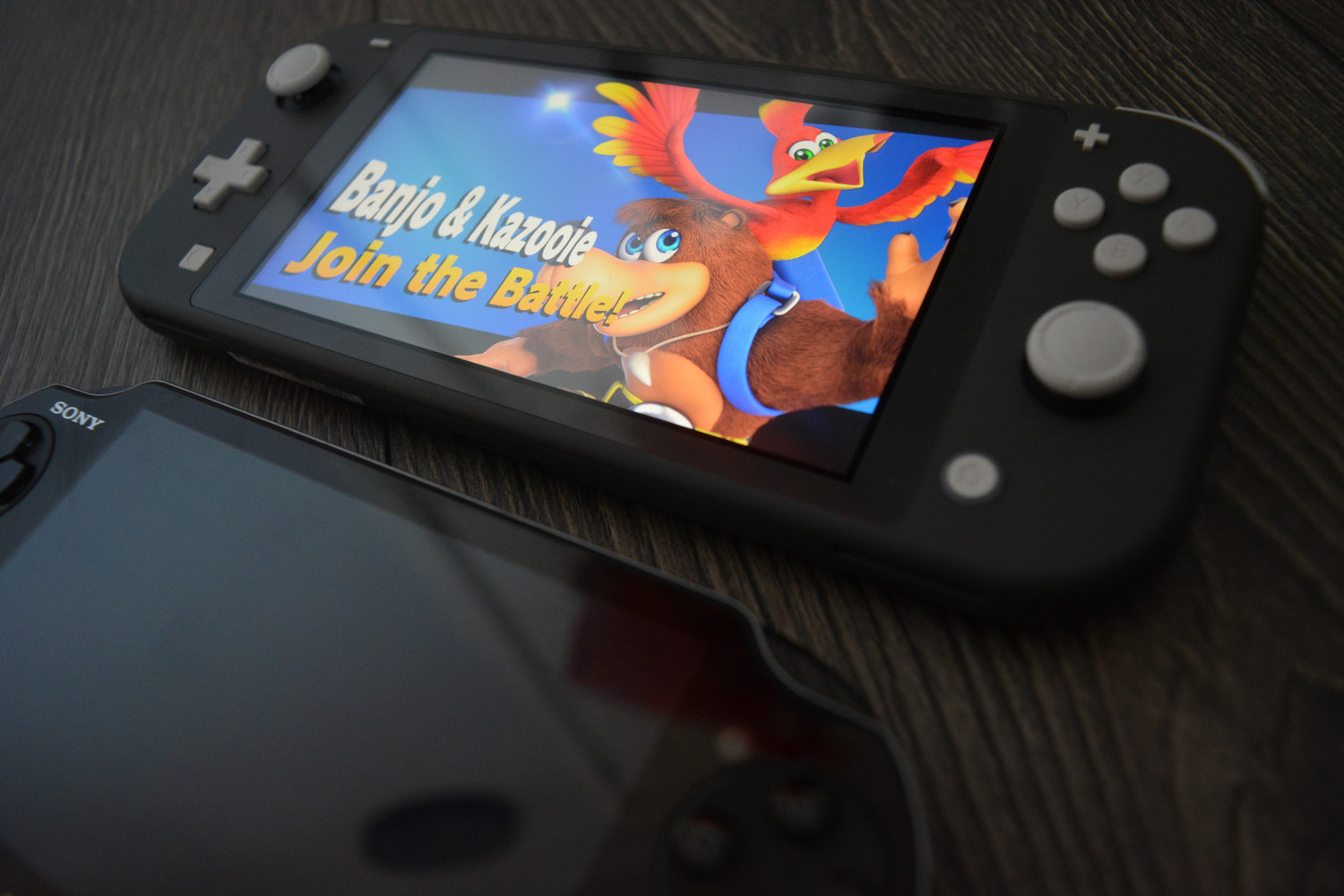 To be clear, before you jump to the comments in fury at the headline, I liked the Vita. I loved it, in fact. A powerful, compact, sturdy little machine, with a great library of games. What’s not to love? Vita’s problem was, of course, a lack of software. Pretty quickly the big Western efforts began to dry up, and what was left was a slew of mid-sized Japanese games that were quality but also – to put it politely – an acquired taste.

Anyway, this is where the Switch Lite comes in. It’s basically like a Vita. It has the high-end games. You can play a round of Overwatch on the toilet, or smash a demon’s head in on Doom at 50,000 feet. It also has the indie games – the Nintendo eShop is so flooded with indie gold that it’s actually a little bit impractical as a storefront. It also has all that niche Japanese stuff that became the Vita’s lifeblood in later years.

Looking at and holding the machine, which at time of publishing we’ve had less than a day to test, it’s also fairly similar to the Vita. It’s a comparable size and weight, and feels similar in the hands. The fact it just takes microSD cards and not some stupid proprietary storage solution means you can stock up a huge amount of games without getting a new mortgage. The screen is nice, and in system horsepower terms games are generally helped by the handheld-only presentation. Some Switch games look a pig blown up onto a 60-inch display, but in handheld mode many look gorgeous, imperfections well hidden away.

As a purely handheld device it’s a neatly made little thing. There’s none of that fear around the natural flex you get on the Joy-Cons at the side of a handheld mode vanilla Switch, where you’re acutely aware the controllers are held on by metal guiding rails and plastic clips – the sort of stuff that could be snapped and broken with ease. As an all-in-one unit, it appears to have the sort of build quality that the Nintendo 2DS had, a sturdy machine that because of that fact was far more suitable for kids.

The shift in size hasn’t hurt either – it’s comfortable to hold, though the slightly more cramped controls might work better for some games than others. I think I’d rather play Link’s Awakening on this than Smash Bros, but that makes sense – this is a machine whose players will likely focus more firmly on single-player experiences. Holding this system in my hands immediately makes me want to start a new play-through of Final Fantasy 12, Ace Attorney Trilogy and the like, and it also makes me pine for the Persona series to come to Switch – but I’ll likely still play stuff like Breath of the Wild, Splatoon and Astral Chain in the dock. Thanks to a proper D-Pad, the Lite also becomes the defacto best place to play things like Sonic Mania and Mario Maker.

What’s also exciting is that Nintendo is clearly interested in making both styles of game for the Switch. For Mario we have the 3D adventures of Odyssey, best suited to TV, and a few different 2D-focused offerings that are better handheld. For Zelda, we have sprawling open worlds for best play at home with Breath of the Wild and its upcoming sequel, and a more travel-friendly bite-sized game in Link’s Awakening. Third party and independent developers are offering the same sorts of choices: I know Football Manager Handheld and Into the Breach are going to become Switch Lite staples for me. Switch is fulfilling that promise of a merging of the console and handheld bloodlines: it is the best of both worlds. There is the Game Boy and DS lineage here, but also Nintendo’s console pedigree and a new, best-ever focus for Nintendo on bringing third party and indie developers on board. There’s that Vita feel I talked about – but there’s so much else positive about this addition besides.

These are just first impressions, and I plan to give the Switch Lite a more thorough run over the coming days and weeks and will report back on how I find it, testing things like battery life and in-game performance more thoroughly to check if there are any major discrepancies between this and the regular Switch. But at first meeting, this is as you’d expect a well-made piece of hardware from Nintendo to be – a sharp little device that’s comfortable to play.

Most exciting, however, is that Switch library in this smaller, more eminently portable form factor. I’m not sure I’d want one of these as my only Switch (and I’m still holding out hope for a ‘Switch Pro’), as I’d miss the dock, but there are plenty of players who rarely or never dock. There are plenty of kids who want a handheld. I’d still recommend it to people like me as a second machine for traveling, and even more to those who care not for the dock as their sole portal into the world of the Switch. It provides high quality games in an excellent portable form factor, and so the spirit of the Game Boy and DS lives on – but it also offers console-quality games on the go; and in that, it succeeds the Vita. Through this addition the Switch ecosystem has, as I said, the best of almost all worlds, though a high-end ‘pro’ machine is still desirable. The only question now is which way you play this library – of which the Lite is a great, compelling option.