Have you seen that algorithm software doing the rounds? It looks at a photo you upload and runs it through a database, comparing your photo to others to create a profile of you. Apparently I’m a rheumatologist.

This got me thinking – once I was done feeding the algorithm pictures of Randy Pitchford (anomaly, unusual person) and Hideo Kojima (young buck, young man) – what does the AI think of our favourite video game characters?

Since we already mentioned Kojima, let’s kick it off with Kojima Productions’ mascot, the Ludens. It’s clearly a man-skeleton in a space suit. Let’s see what the algorithm thinks: 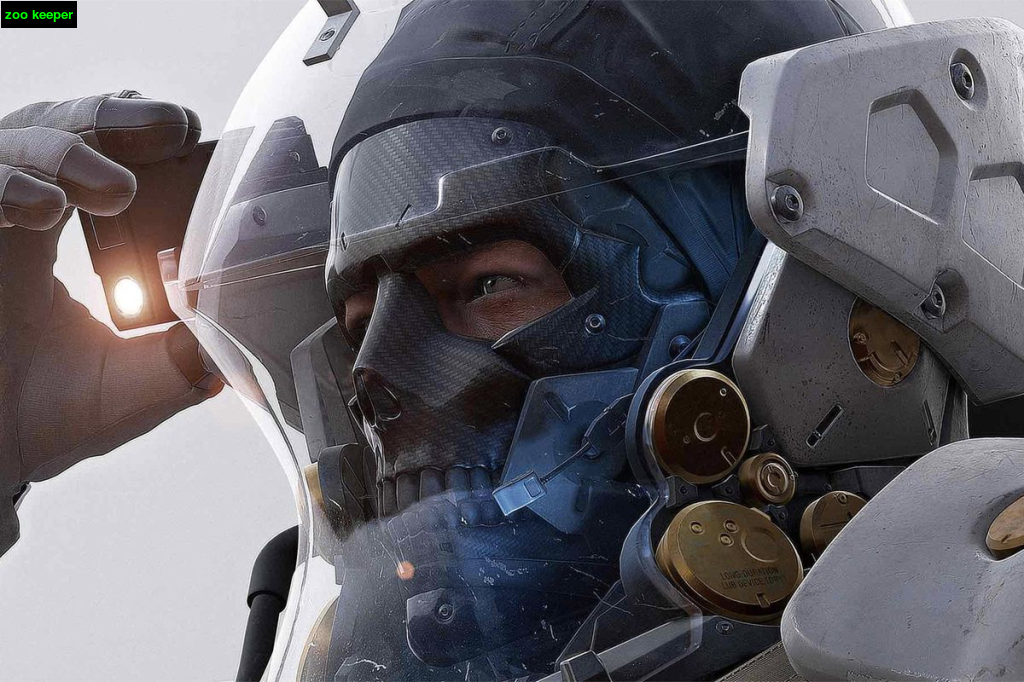 Now I know the algorithm has entries for astronaut, but apparently this looks more like a zoo keeper. Very good. Now, what about Big Boss? 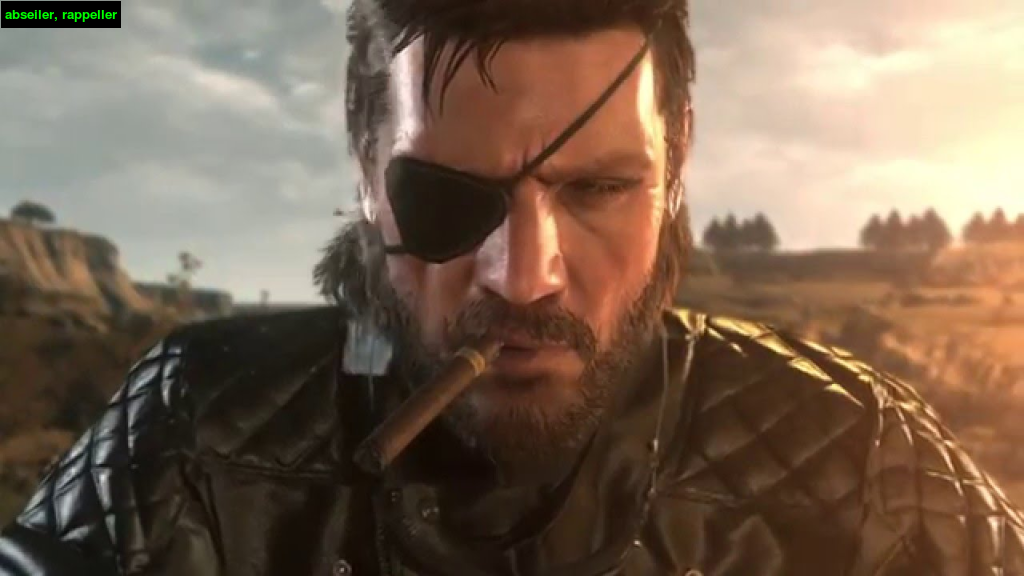 To be fair, Big Boss is known to do a bit of climbing. I think I’ll let the AI have this one. Well done, AI.

Let’s see how it does with a character who really does live to climb, though: 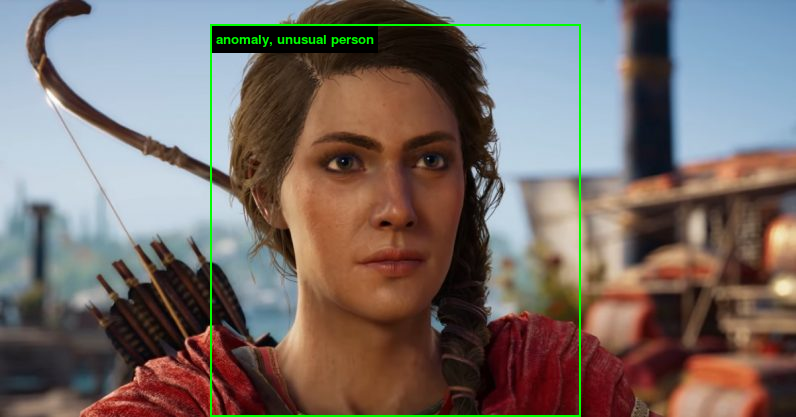 Poor Kassandra has been lumped in with Pitchford. I suppose that’s what she gets for shagging someone’s dad and killing their mum.

Okay, let’s see how it does with an actual weirdo now – Deadly Premonition’s Francis York Morgan. 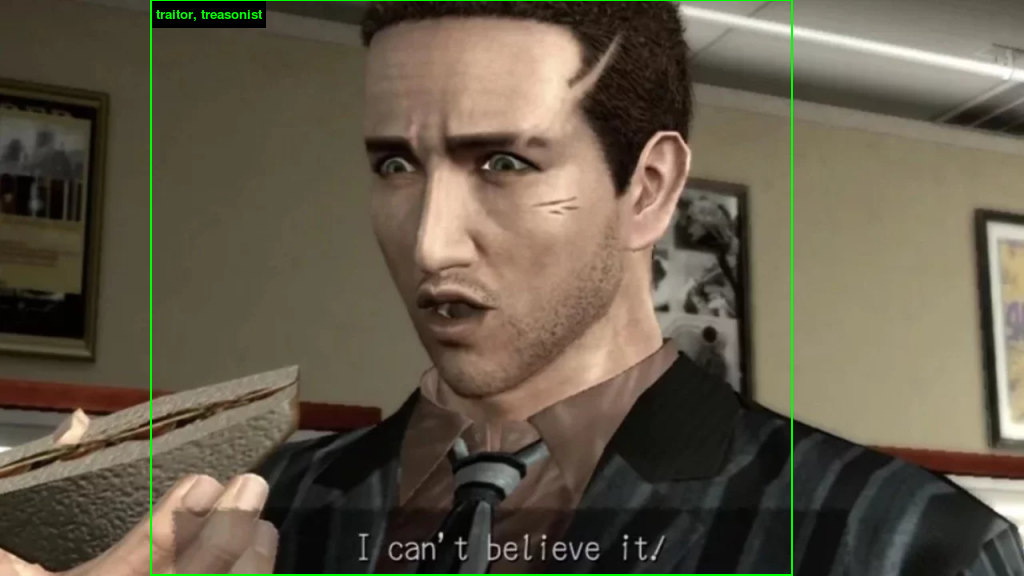 Jesus. This guy is an actual cop and the algorithm thinks he’s a wrong-un. I think we’re still quite a distance from AI profiling, thankfully.

Next, the only logical step – a real wrong-un. Let’s see what it thinks of GTA 5’s Trevor.

Yep, there’s no mistaking it. GTA 5’s Trevor is a bad dude. A true wrongdoer. An offensive offender.

So how does it feel about Rockstar’s more morally murky characters? Red Dead Redemption 2’s Arthur Morgan is a bad man with a good heart. Does an algorithm sense this internal conflict? 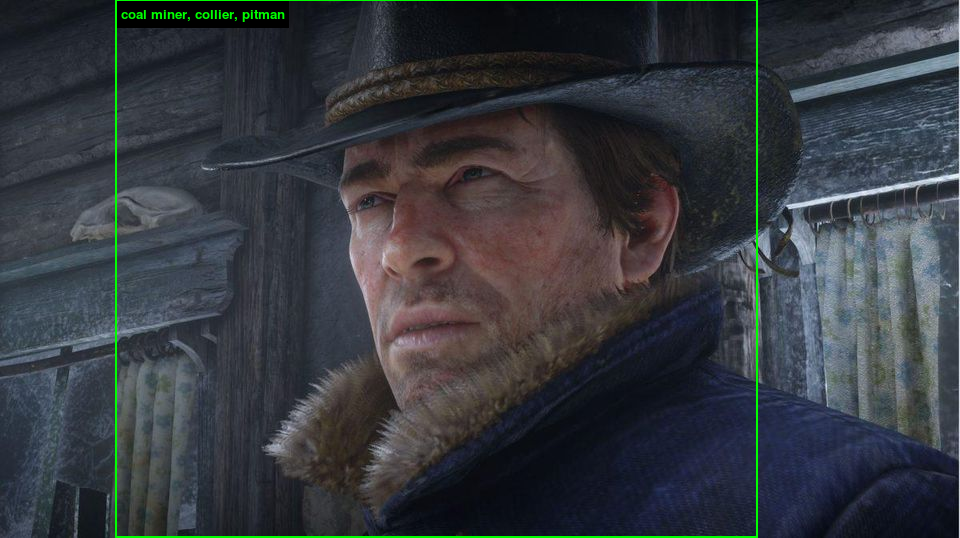 This one is actually really clever. I was half expecting cowboy, but instead we got coal miner. If you travel to the mining town of Annesburg in Red Dead Redemption 2, Arthur ends up covered in soot. His mucky face has been picked up by the algorithm.

There’s only one logical place to go from here: 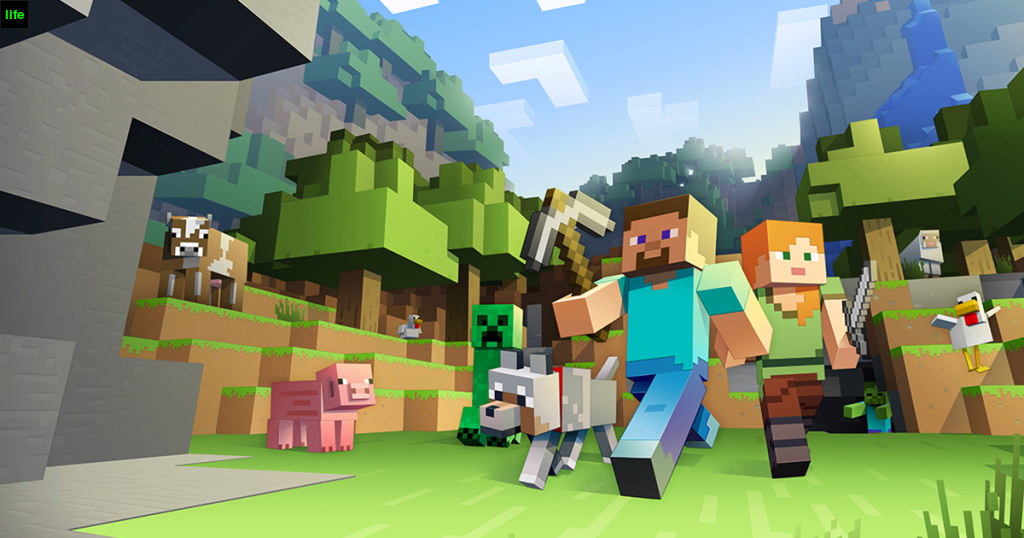 While it didn’t pick up on Steve’s face, it saw a collection of beings and labelled it ‘life’. To be fair, Minecraft is life to some people.

What’s the opposite of life? Death, obviously. Idiot. And what game likes to kill you more than any other game? It’s every video game journalist’s favourite point of comparison – our very own Harry Potter – Dark Souls. 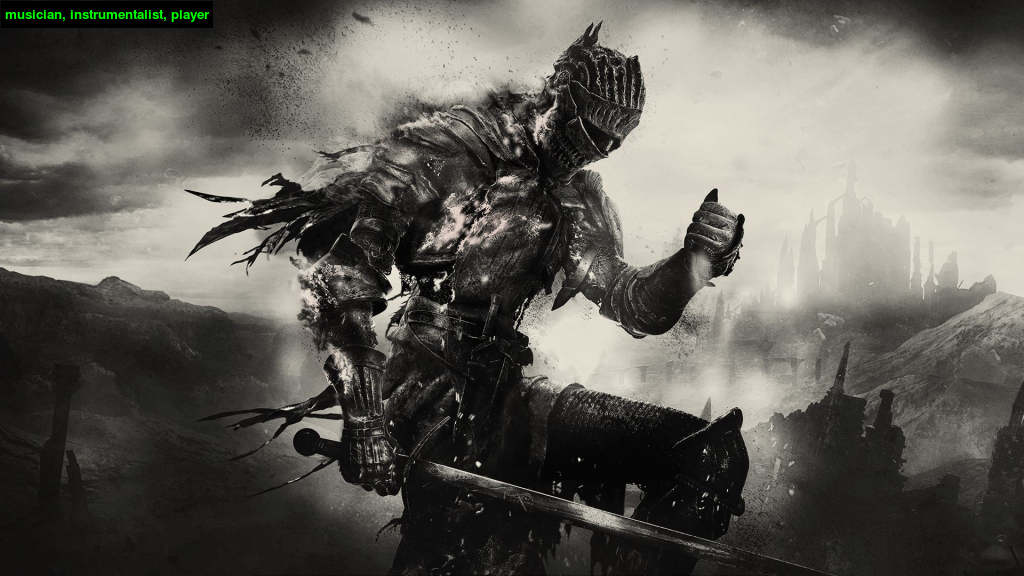 I mean, Dark Souls is pretty metal. Let’s be honest. What happens when you blend metal with sadness? Emo. It’s time to go full emo. Here’s what it thinks of Final Fantasy 15’s Prince Noctis: 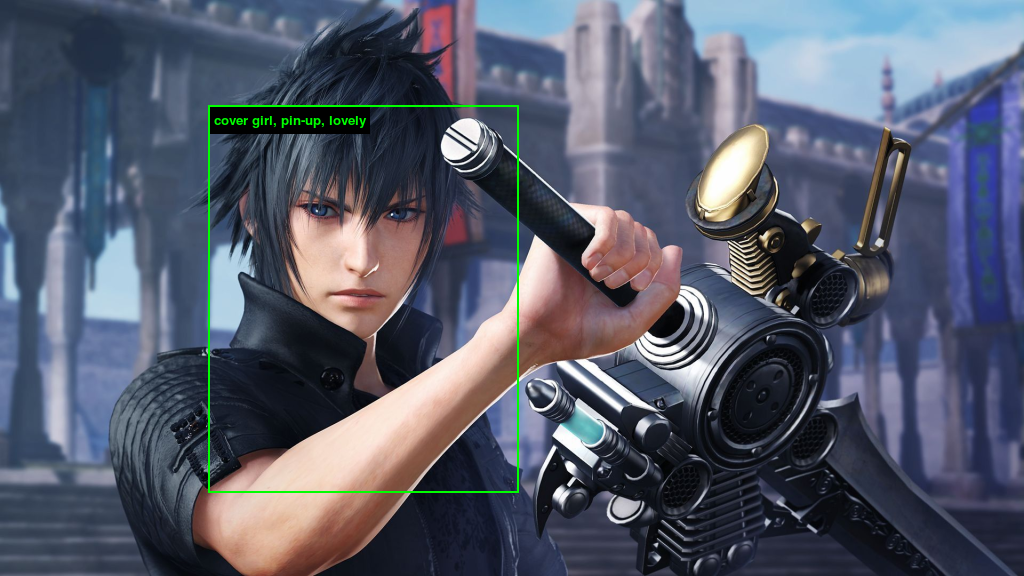 I am dead. Deceased. I just turned to dust like I got hit with a Thanos snap. It’s perfect. It’s incredible. It’s so fitting for Final Fantasy’s specific breed of androgyny.

From androgyny to androids, I wonder what an AI will make of an AI. 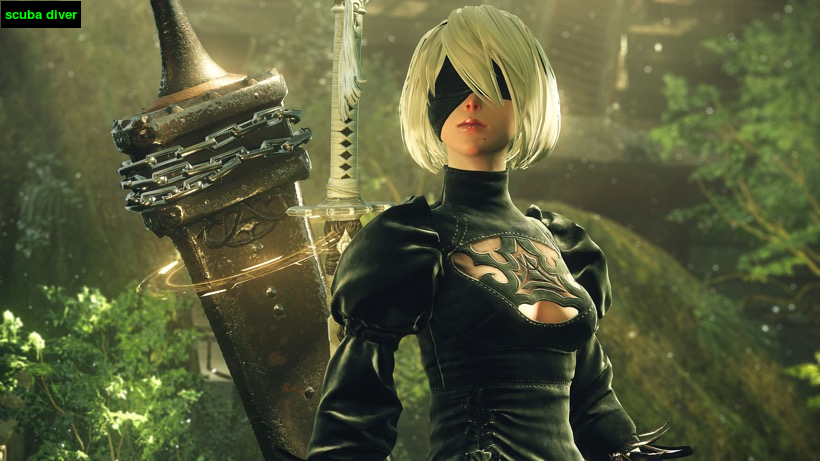 That’s not a diver. This is a diver. 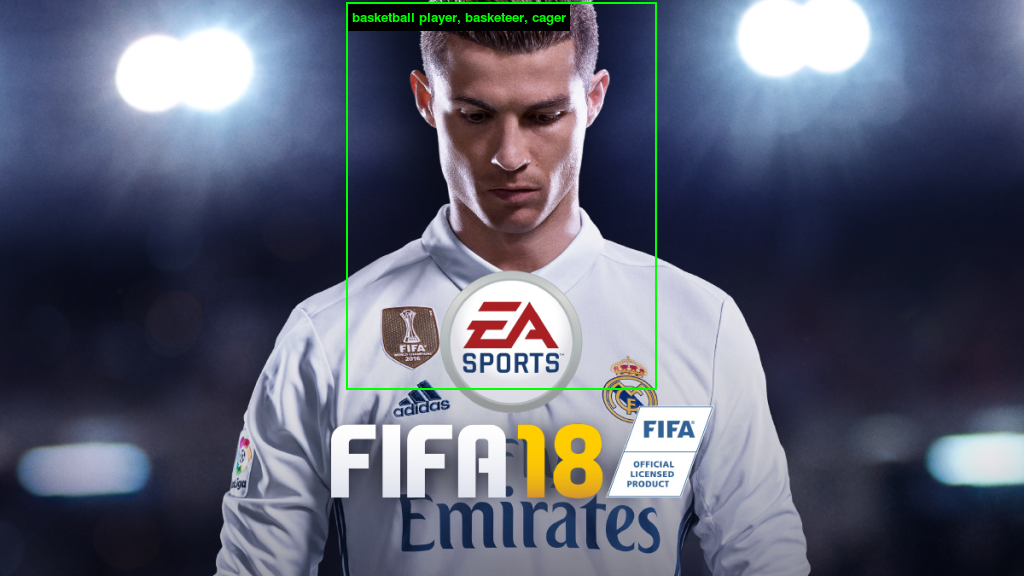 Oof. Very close. It’s in the same professional field, at least. But what does it think of a true professional? 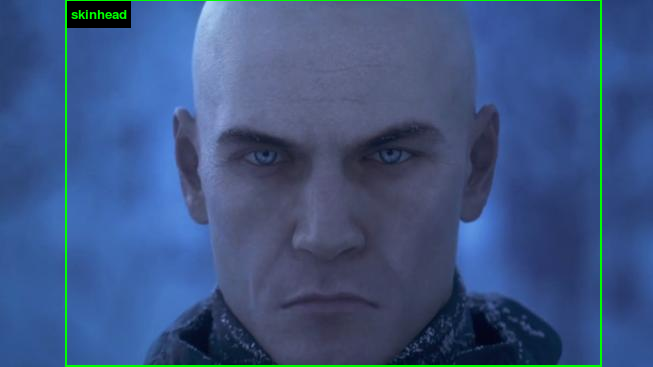 You can’t see it here, but the algorithm actually defines what it means and it’s not just talking about Agent 47’s bald head. “Skinhead: a young person who belongs to a British or American group that shave their heads and gather at rock concerts or engage in white supremacist demonstrations.” Just wow. 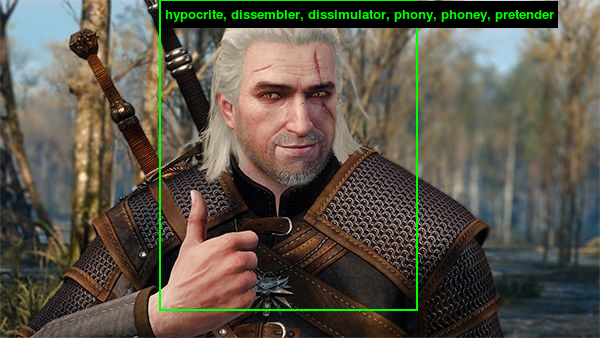 The algorithm really isn’t holding back here, seemingly commenting on Geralt’s inability to stick to his morals due to meddling players messing with his life. Here’s the definition: “Hypocrite, dissembler, dissimulator, phony, phoney, pretender: a person who professes beliefs and opinions that he or she does not hold in order to conceal his or her real feelings or motives”. Ouch.