Here’s a look a the Deluxe and 1st Class Editions for Final Fantasy 7 Remake.

Square Enix has made Final Fantasy 7 Remake available for pre-order, and has shown off two of the editions available outside of the standard version.

If you pre-order any edition of the game you’ll net the Chocobo Chick Summon Materia DLC. Pre-order any digital edition from the PlayStation Store and you’ll also net a Cloud and Sephiroth Dynamic Theme

There are three special versions available for pre-order: the Digital and physical Deluxe Editions and the 1st Class Edition which features Cloud on his motorbike.

It is available in limited quantities from the Square Enix Store, so pre-order now if you want it. 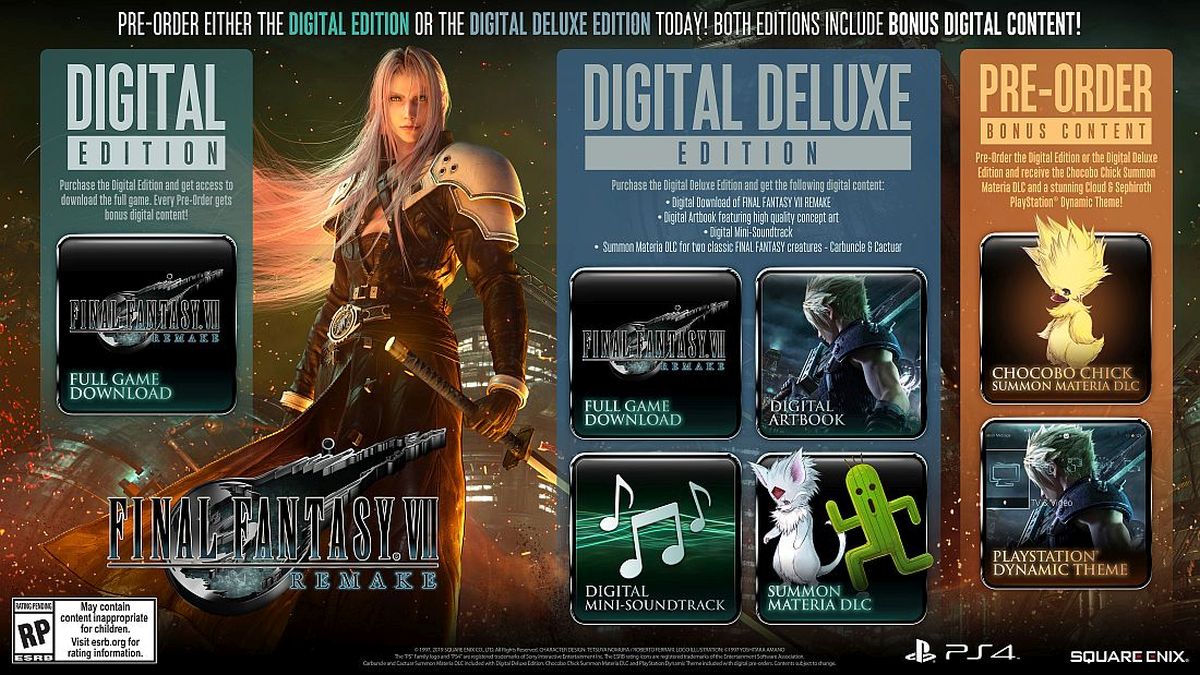 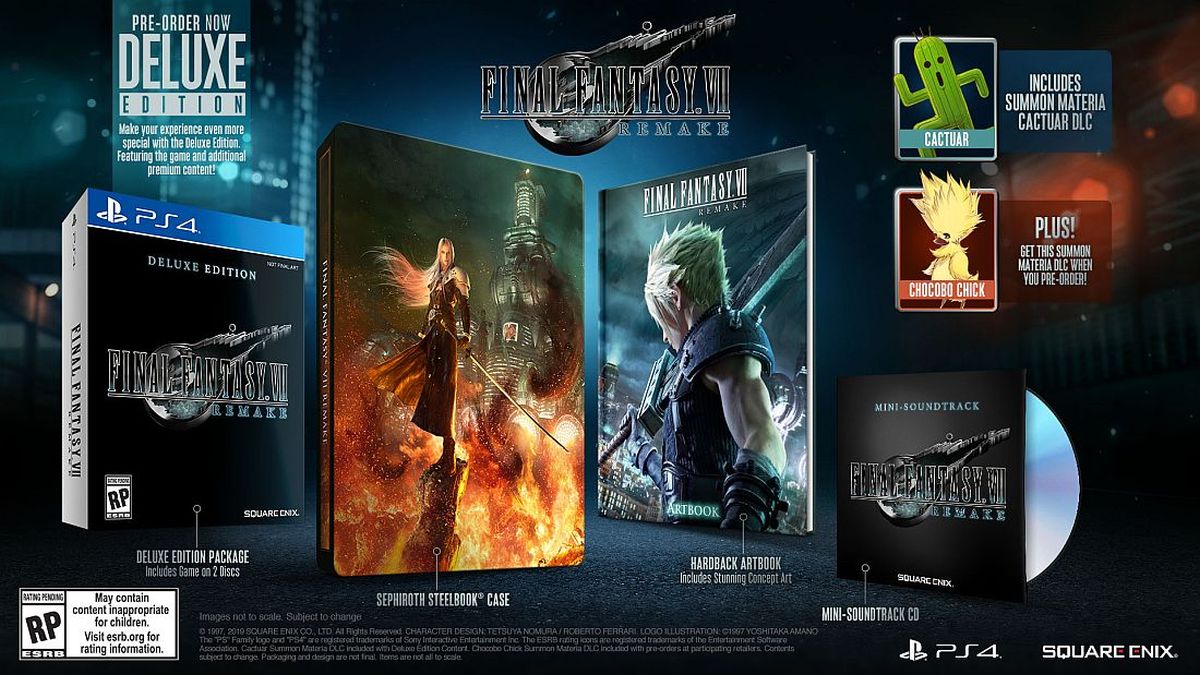 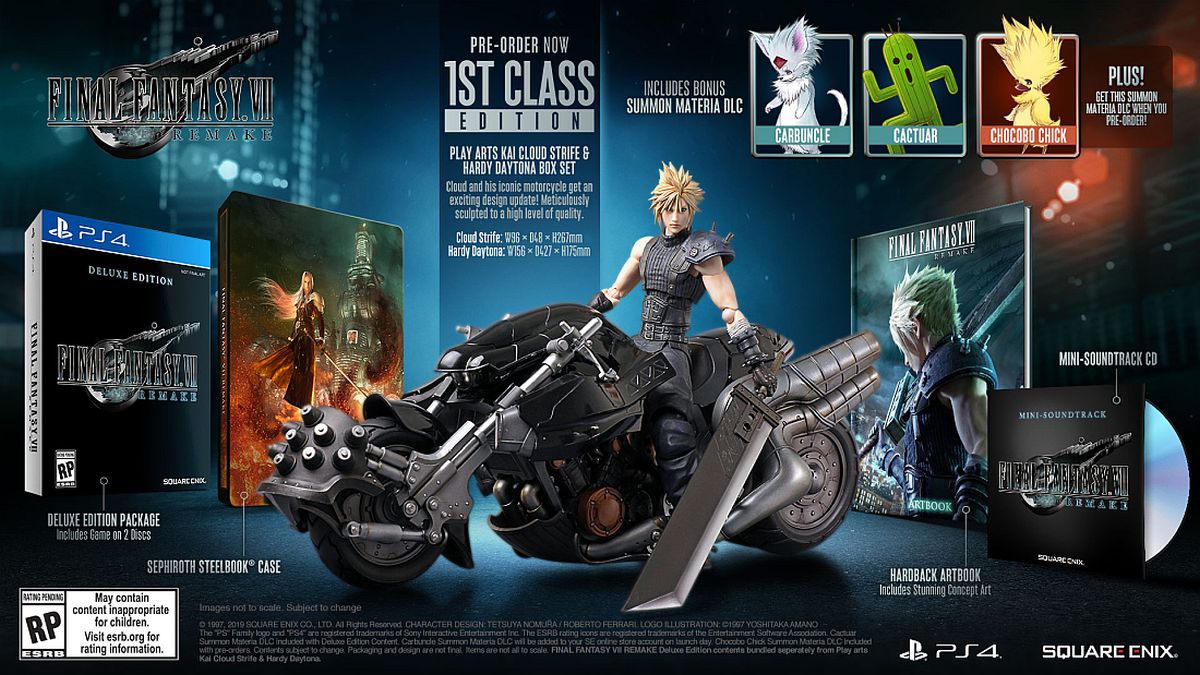