Did you like Ghost Recon Wildlands? If you did, good news – Ghost Recon Breakpoint is definitely more of that, with ambitions to be bigger, better, and with new features like tucking your trousers into your boots.

It’s fair to say that Wildlands has been a great success for Ubisoft. At the top of the presentation for its follow-up, Ghost Recon Breakpoint, we’re told that Wildlands has over 15 million players worldwide. That’s a lot, and it’s clear that Ubisoft is hopeful that a good chunk of those 15 million are still hungry for more. 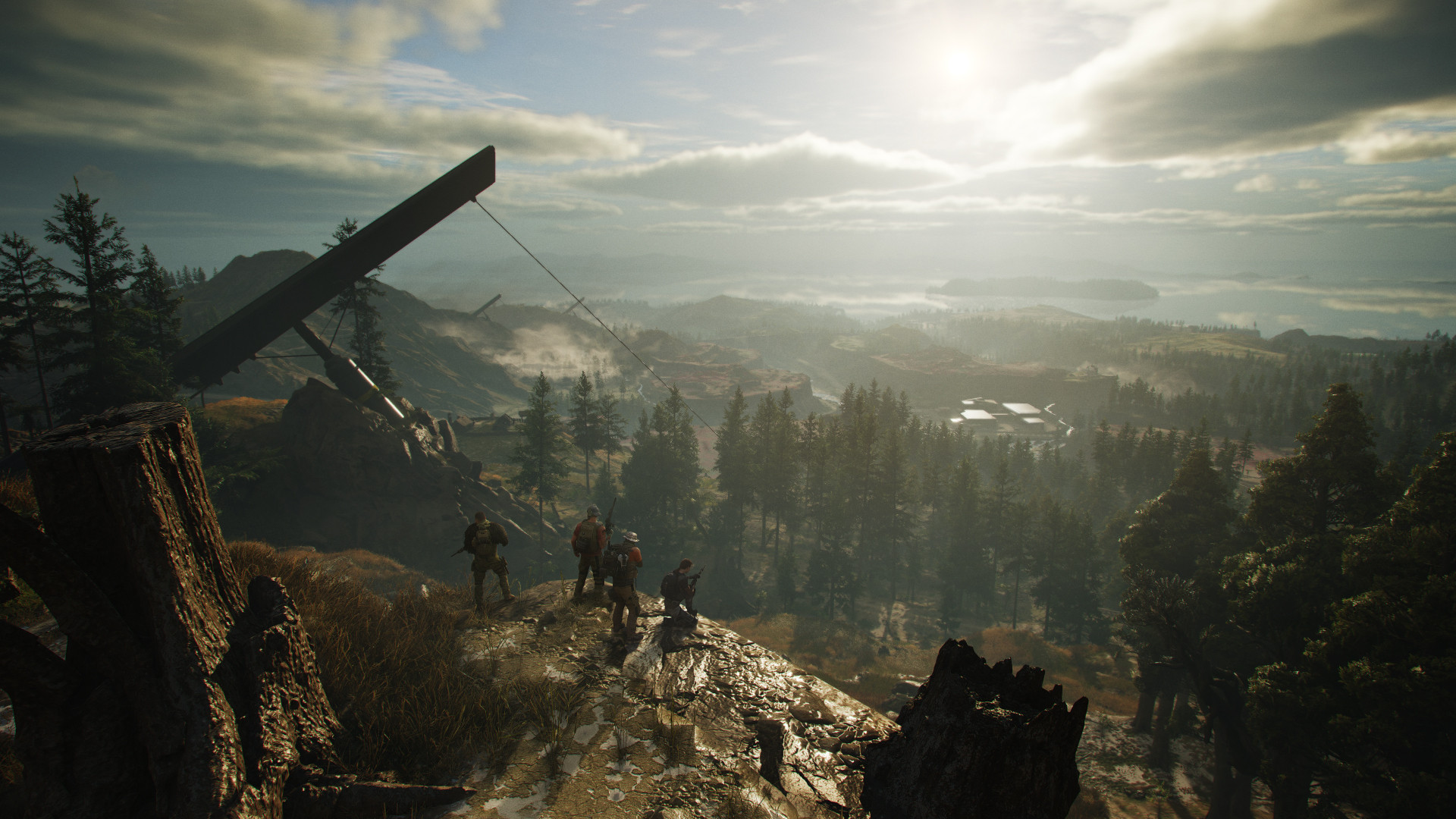 With the new, more diverse setting comes a new and more hostile mood.

If you’re in a rush, here’s the too-long-didn’t-read for Breakpoint: there’s a new sprawling open-world map and all-new features, but it’s a cool-headed evolution of Wildlands. New guns and attachments alongside the old ones you know and love. Greater enemy variety and improved AI. PvP will be present from launch, and you’ll use one character with one clear progression across all modes. Fan feedback has been heard and implemented, resulting in things like the hot new feature to tuck your trousers into your boots as part of character customization. Yes, that’s really a feature called out in the presentation. That’s one for the fans – but not every change is for the hardcore.

The most significant addition is what Ubisoft says will be a truly expanded ability to play the game solo. While everything is still angled to encourage you to squad up online – including plans for late-game raid content that’ll require a skilled group – the ability is there to play almost all content as a solo player, even performing things such as timed takedowns with help of a friendly drone.

Breakpoint’s story takes place on an island, a sort of idyllic haven turned military base in the middle of the Pacific Ocean. There’s a range of areas – snowy mountains, dense forests, even an active volcano. More dangerous than even the volcano is the huge military presence on the island, which has become the base of operations for a company producing deadly autonomous drones.

There’s a lot of geopolitical guff that’d make Clancy proud (though despite name-checking concerns about oversight of drone warfare and the UN in the opening, the developers say there’s still no political stance or message here), but the bottom line is pretty simple: a team of Ghosts are going to sort this out. With guns. On the way in, your helicopter gets trashed by drones and crash-lands – and this is where things start to take a different turn.

The concept is to turn being a ghost operative at least partially on its head. Typically the Ghost Recon team are hunters, but on this island they’re the hunted. There are enemy patrols everywhere, drones scanning the skies, resources are scarce, they’re without backup and they’re facing off against an enemy squad, the Wolves, that’s headed up by a former Ghost who knows your tactics.

Following on from Wildlands adopting the open-world trend, this then naturally picks up another popular mechanic: survival in an open world that feels like it’s out to get you. It doesn’t matter how well-trained, big, bearded or bad-ass you are – this island wants your blood.

New systems are built on top of this concept. You can not only bed down in the mud, but smear it over yourself for extra camouflage. The player character has the usual action game bullet sponge properties but can also suffer more serious injuries. These will often impede your abilities: a bullet in the shoulder might take away your ability to aim down sights, or a shot to the leg could significantly slow you down.

A way to deal with injuries like this is to take a breather, and that’s where actually camping out in the environment comes in. You can bivouac down as real embedded special forces do for some time at camp for you and your squad to recuperate. Camping can also have other benefits and even give you buffs. Because you can be more easily injured in significant ways, stealth is more important, so that area is improved by additions like the ability to drag enemy bodies into hiding to avoid putting an entire enemy squad on alert. 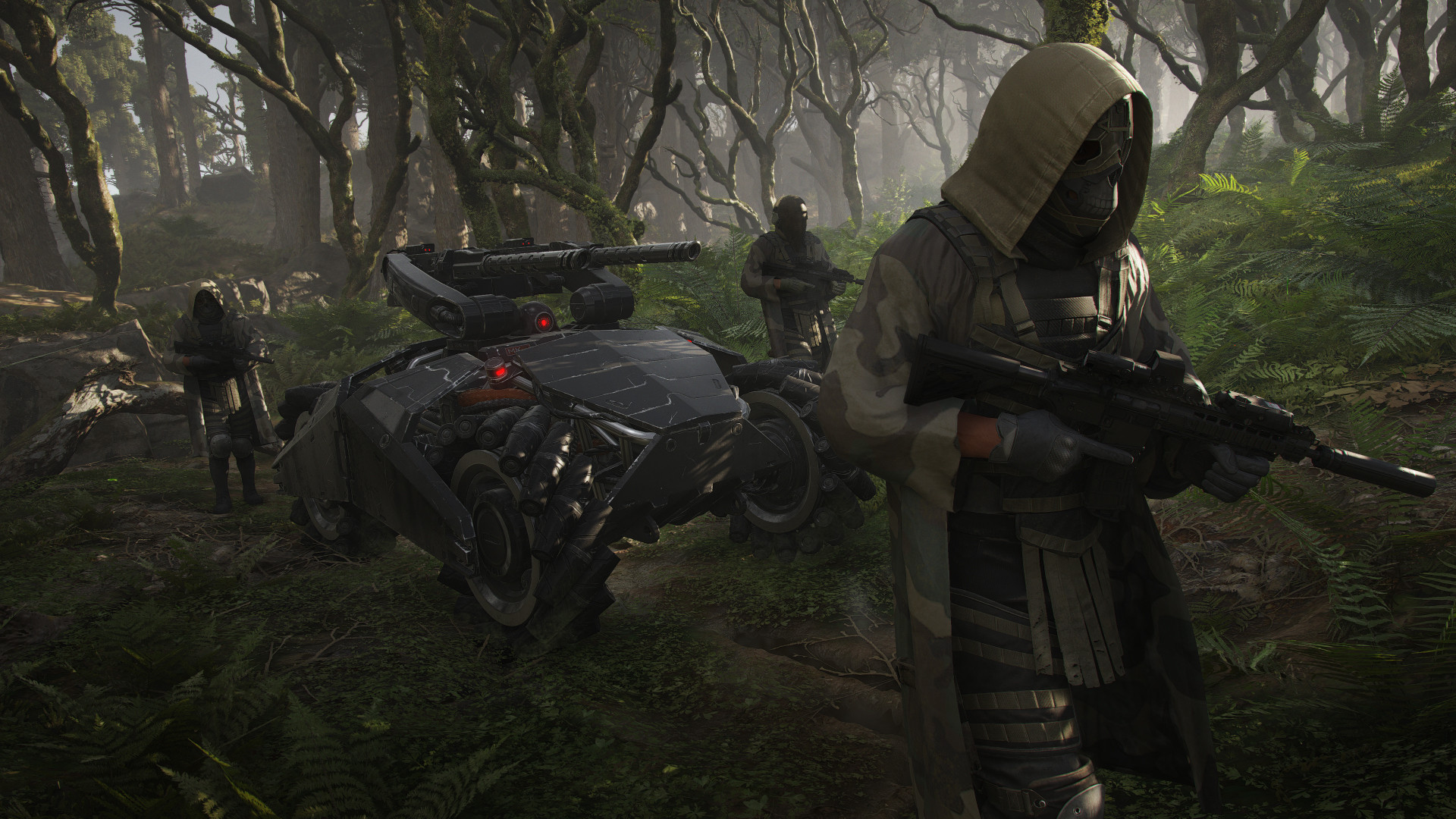 The Wolves are said to be the most competent Ghost Recon enemies to date.

Much energy has also clearly been spent on customization. There’s more of it now, and you can flick between Breakpoint’s four launch classes on the fly by using that previously-mentioned bivouac camp feature. There’s even choice-based branching within the story, which Ubisoft says has hundreds of cutscenes.

All of this looks and feels a lot like the typical Ubisoft game: it’s ambitious and sprawling, the work of thousands of developers. It’s gorgeous looking, slick moving, and surely is going to absolutely have oodles of stuff to do. It also feels a little run-of-the-mill and at the worst homogeneous. All the tropes are here, from over-the-top stealth take-down animations involving multiple neck shankings that I’m pretty sure aren’t standard special forces moves, right through to ‘heavy’ class enemies clad in so much armor that they look silly, as if going to battle in a greyscale, bulletproof fat suit.

Ubisoft is the master of the ambitious, huge and simply competent game, and that certainly is this: evolution and not revolution. It’s not broken and so it hasn’t been fixed, which is fine. Listed out on paper or as part of a slickly edited presentation, the list of changes and features is impressive. One can easily and clearly see how Breakpoint can take the baton from Wildlands and run as another successful live service game for at least another couple of years. At the same time, I can’t help but wish this game were able to give me the same feeling of awe as when I first saw Ghost Recon Advanced Warfighter back in 2006, or indeed when the series felt equal parts strategy and action where now it feels more like a blistering action game with a casual strategy layer.

All of this is said without going hands-on, however – and a presentation and a short chat with developers are of course nothing in comparison to actually experiencing the game for yourself. Ghost Recon Breakpoint looks like a solid expansion beyond the offering of its predecessor – and I hope when I play it, I get some of that Advanced Warfighter feeling again. Time will tell.