Google was never going to reveal its entire hand for Stadia at GDC this week, but its slick keynote was enough to show off a future that many seem keen to jump into.

So there was no talk of cost, not even for the controller, nor any real mention of games, whether exclusive or not.

But this is the Games Developers Conference and Google just needed an hour to present, evangelise and pump up excitement amongst the development community. Here’s our tech solution to your problems, it said, use it and free up your creativity. As a statement of intent it seemed to hit the mark.

There was some enjoyable silicon valley absurdity to the reveal; talk of magic, a YouTube content creator hamming it up, the freedom to deliver games to billions with the touch of a button and interact with them at the same time. AI, maths, backgammon with ancient civilisations. I felt like I was in The Circle. 4K, 8K. Fuck everything, we’re doing 32K. 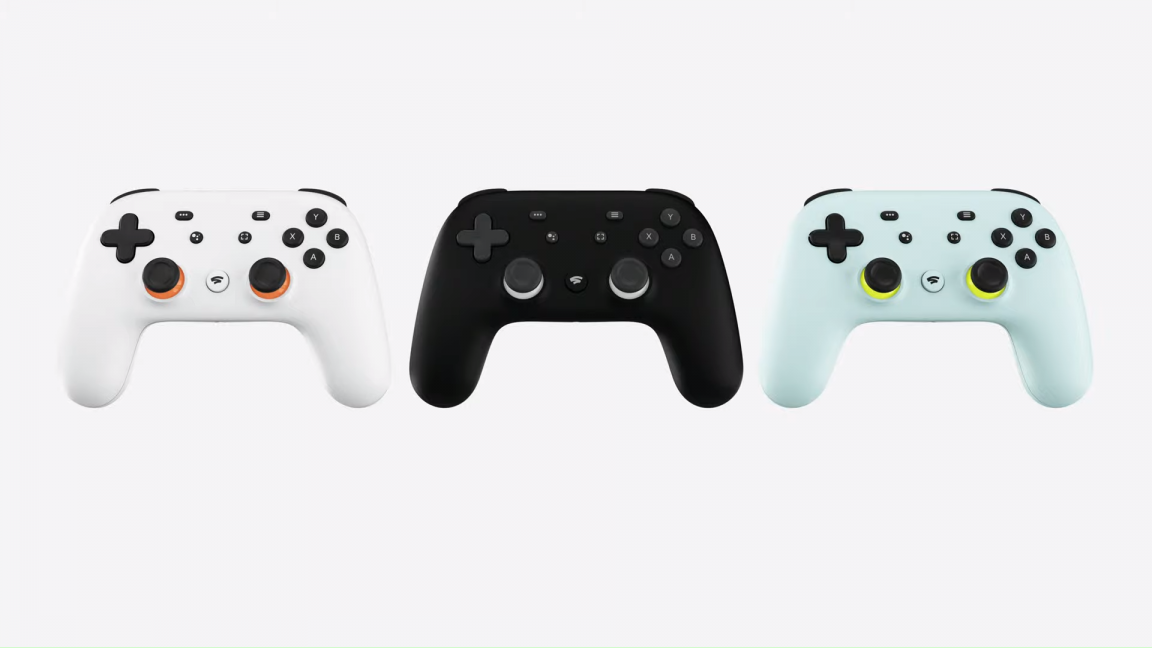 And there were some cool feature demos that were genuinely impressive. The most obvious was simply playing a game like Assassin’s Creed Odyssey and switching from one device to another – laptop, mobile, tablet, shitty PC, TV, with no discernible difference. As a graphical treat we got to see Style Transfer, flipping between art styles in a visual trip. Google assistant built into the controller looks to make using guides less intrusive. State Share seemed like it could take social experiences in a compelling direction, with players drilling down on the minutiae of a game – really nerdy stuff. Multiplayer that scales to support that one guy on the team with the shittiest of connections? That’s me. I’m that one guy. And Jade Raymond heading up Google’s first-party game development is a killer hire. I even applauded a slide about terraflops at one point, which made me question who I really am as a person.

But I don’t know if I’m going to be living in that future that can play Stadia, or whether the geniuses at Google are realistic about the world outside of their techno bubble. Sure, Stadia is meant to solve all the technical problems of poor internet connections but that’s going to be something we’re only ever going to know for sure once we try it in our own homes for the first time. And how are we paying for this? As a fundamentally lazy human, Spotify and Neflix deliver me whatever music and movies I need from a worldwide catalogue. Is Stadia going to feature that kind of subscription service? I’d like that if I can pick from the widest digital games library. I’m not a packrat, I don’t need $150 special editions.

So yes, despite the gloss of the presentation there are still all these questions about Stadia. But I’m glad it’s not another box under the TV, supported by a bunch of games for $60. Those days are really starting to feel numbered with the encroaching next gen and even if they’re not, Sony and Nintendo have that covered. I’m not saying consoles are dead and I’m not saying Stadia is the future of all video game entertainment. But I’m fairly sure I don’t need another games console on top of the ones we already have. What I do want is for a company – and hey, at this point it happens to be Google, but at E3 it might be Microsoft – to try something new, something different, something wildly ambitious. To absolutely storm into video games and shake things up. Or to bumble around and fail in front of everyone. Try and succeed, or try and fail, that’s an exciting thing for whatever the next generation of video games turn out to be.