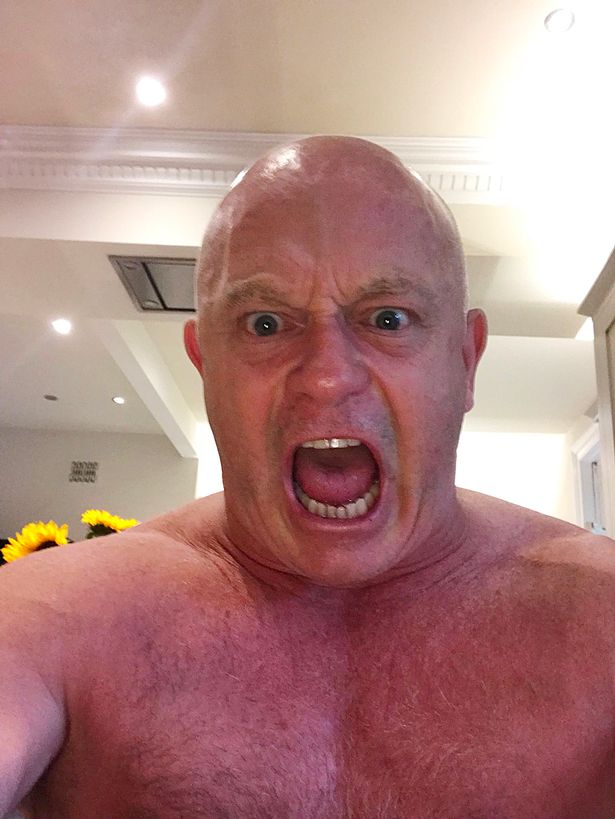 Pictured recently, fully engorged, we see TV hard man Ross James Kemp – the pink prime rib of Great Britain and Northern Ireland – tumescent with talent, bursting with brio and ready to have a pop at anyone who deigns to enter even the vestibule of his theatre of war.

Whether he’s “on gangs” or “ending the East”, is Ross Kemp ready to have a pop, or ready to pop? That is merely one issue among many which I shall fail to interrogate during the course of this article.

“It’s crap like this,” you go on to say, taking a pinch of snuff, “that makes games ‘journalism’ such a joke.”

Ignoring you, I proceed to a discussion of Ubisoft’s recent promotional campaign in which Lord Rossiter Kempatrick (Master of the Manor, Cock of the Walk, TV Hardman) ostensibly recites the fictionalised exploits of a team of agents in the virtual battleworld of massively-multipurpose-shoot-’em-all The Division Number 2: The Second Edition – This Time it’s DC.

Excited to be a part of Tom Clancy’s @UkThedivision 2! I’ve narrated the best community stories from the unpredictable and intense Dark Zones within #TheDivision2. Try it for yourself this weekend…@Ubisoft_UK pic.twitter.com/2l42jIP9gA

We begin, like all stories do, with a flaming ring.

TALES FROM THE DARK ZONE, a helpful extradiegetic title informs us, before we glide through a gaussian blur to the next shot.

TALES FROM THE DARK ZONE, a helpful diegetic title embossed into a book for effect informs us, before we cut to a shot of TV hard man Ross Kemples seated behind a large, strategic-looking desk, rubble strewn before him like he’s just punched a statue in an argument over the last pack of gammon in Tesco.

“One of my squad had just got his first legendary piece of gear,” he intones, in the voice that has so often heralded the arrival of the terrifying “nine doofs“: EastEnders legendary synth-tom fill that has resonated around the country’s living rooms for decades, particularly since 1994 when it was added to the opening theme music, thus book-ending the show, as opposed to previously when it merely introduced the closing theme, such was its popularity after its composition in 1980 by composer Simon May, and I’ve genuinely lost track of how the clauses have progressed in this sentence – I really wanted to look up which synth the drums were from and I’m going to do that now… Some people say they’re from a LinnDrum, but others claim they’re from a Simmons. Thanks.

The tale (from the Dark Zone) continues: the player and his party are then ambushed by a squad of rogues, which sounds quite a lot like a Shakespearean insult.

“We held off as long as we could but inevitably, fell to meet our makers.”

You don’t “fall” to meet your maker do you? You fall… or you meet your maker? It’s a bit like saying “I died to death”. This bothers me, as does the punctuation, though I am not one to talk;!

“Just before I passed out, I saw a helicopter in the distance taking off, package intact,” says the storied actor, in what is surely the defining cultural moment of our generation, or indeed any generation.

Also, hold up – what the fuck is this: 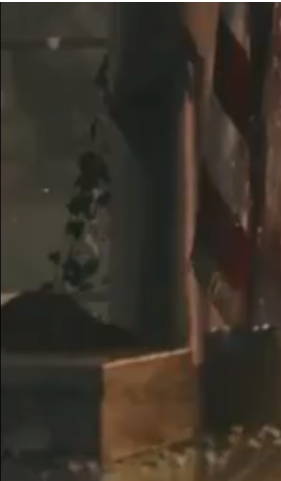 Is it just like a pile of dirt on a box with a twig stuck in it? Is the foliage actually in the background, and part of this overall vine situation?

Like what… is it the ashes of a fallen warrior? Why does he have it on the desk? 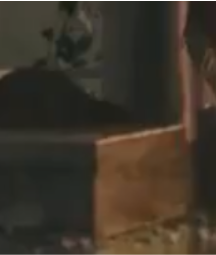 It would be easy enough to dismiss Ross Kemp reading fanfiction from The Division 2 while wearing a flak jacket for no reason, clipped into a convenient one minute social clip as a content marketing play intended to drum up organic reach for the UK audience, one of Ubisoft’s core European territories. However, delectable lector, we’re too smart for that aren’t we?

No, what is happening here is more than that. By associating Kemp, the hardest boiled man, investigative journalist, East End ultrascamp, with the Division 2 – a product where you do some shoots and then go into cover – a semiotic collision has been generated from which we all require extraction.

It’s not merely Kemp the man, hard – it’s Kemp the sign. Kemp the symbol. Kemp the Momo Challenge of our masculinity. Kemp the rough diamond geezer. Batman in a bald cap.

The original Division is a good game that was criticised for its narrative posture, one which depicted a government resolving widespread civil disorder by declaring martial law, branding civilians as “looters” and then having you shoot everyone in the face like a big fascist.

The Division 2 has responded to this in its marketing by making sure that you know the big fascists are the bad guys, and not you, the Very Good and Nice Player. Also, intriguingly, by simultaneously insisting that it is apolitical – a cunning piece of PR jujitsu from studios making games with overtly political content – we can all forget about capitalism while murdering some prick for a new beanie hat.

Ross Kemp’s face is here to tell us that, though we may plunge through the flaming ring into the Dark Zone; though our ashes my intermingle with the rubble of the digital battlefield, eventually, they will be swept up into the corner of his desk. Our struggles matter, our stories matter – irrespective of context, irrespective of politics – and our package will forever remain intact.