Sekiro: Shadows Die Twice is the upcoming Soulsborne title from From Software, set in ancient Japan.

Since it was announced at E3 in 2018, fans of previous From Software titles such as Bloodborne have been chomping at the bit to get their hands on Sekiro: Shadows Die Twice.

It isn’t out till March and more details are just starting to emerge, so let’s take a look at everything we know about Sekiro: Shadows Die Twice.

Sekiro: Shadows Die Twice will release on March 22 for PC, PS4, and Xbox One.

Sekiro is quite different from its Soulsborne counterparts. Our protagonist, the One-Armed Wolf, will be a voiced character for the first time. There won’t be wheels of dialogue and long monologues, but enough to complement the fragmented storytelling favoured by From Software.

Sekiro is set in the Sengoku or “Warring States” period in Japanese history, which spanned the late 16th and early 17th centuries. The Wolf is a shinobi and is tasked with rescuing the kidnapped Young lord whom he was sworn to protect, alongside an array of other activities.

The rest of the story? Well, you’ll just need to pay close attention to what’s going on around you to fill in the gaps.

Sekiro will be roughly the same size as Bloodborne and Dark Souls 3 and will take a similar amount of time to complete. As we’ve come to expect from From Software games, you’ll have a hub area called the Dilapidated Temple.

Here, you’ll find a character who upgrades your skills, one who upgrades your Healing Gourd to increase the number of uses, and an area where you can practice your combat skills on The Immortal Soldier, to help players get to grips with Sekiro’s unique combat.

The Dilapidated Temple will be accessible early in the story and you’ll be able to reach it through Sekiro’s version of bonfires, Sculptor’s Idols, or by using some limited items.

Sekiro’s director, Hidetaka Miyazaki, has said it’s among the studio’s most open, with plenty of different paths to take and will give players “a great deal of choice and freedom about which order and way you choose to explore.”

In one quest, you’ll be visiting a flashback to Hirata Estates, in order to understand better The Wolf’s relationship with another main character. Flashbacks were last used in Dark Souls 2, so it’ll be interesting to see how they will be further implemented in Sekiro.

As ever, players are encouraged to discover every location and interact with everything they can to learn more about Sekiro’s lore and secrets. Sekiro is certainly a welcome change from the often dark and worrisome art style of previous games, inviting players to explore beautiful countryside and villages.

There’s also no multiplayer aspect to Sekiro, though there will be a pause button. 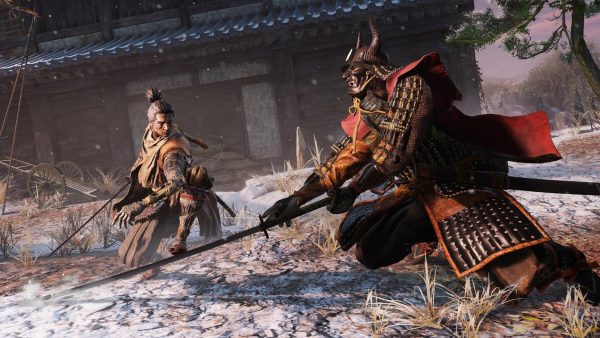 Unlike its predecessors, there won’t be any abilities or class systems in Sekiro, and you won’t find any new armour or weapons as you play. You won’t even collect souls from enemies or sit at a bonfire to save your progress.

It would be easier to think of Sekiro as an action-adventure game that wants you to focus more on exploration over stats. Instead, you’ll be able to find power-ups and equipment for your mechanical hand tucked away in the environment, like an axe that destroys shields or a torch arm that deals fire damage.

There’s also the new traversal mechanic where you can deploy a grappling hook to reach new vantage points when exploring and in combat, so you can use the full battle arena instead of hacking a Boss’ ankles for ten minutes.

The lack of classes in Sekiro means that you’ll need to rely on the tools around you to beat a boss and having this straightforward approach, rather than balancing bosses for, say, magic users, will lead to a rewarding combat system for players. 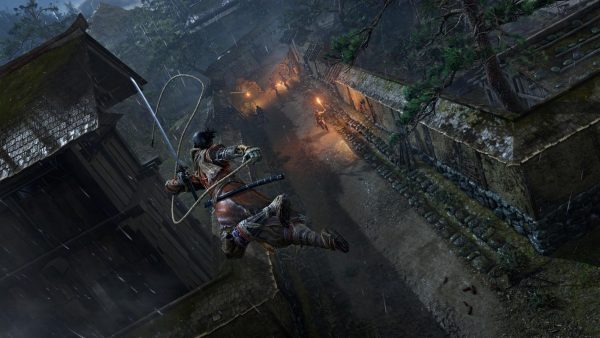 The Sekiro preview revealed yet another interesting detail about boss fights. The Lady Butterfly boss referenced in the preview takes minimal damage from traditional attacks, with the real damage being caused by breaking the boss’ posture, which means adopting a more aggressive playstyle.

Parrying will be a big feature in Sekiro, as opposed to the hit-and-run approach favoured in previous games. You’ll be duelling with enemies, rather than working as quickly as possible to kill them, in the hope of making the combat even more satisfying when you do beat a challenging enemy.