Red Dead Redemption 2 subverts video game rules with one of the best characters of all time was first published on November 22, 2018.

Red Dead Redemption is a story of atonement, but John Marston never wanted to pay for his sins – he’s forced by government agents. Marston lived a bad life: he killed, he robbed, and he was often out for himself. In his head, he deserved to leave it all behind and live a normal life with his wife and son. 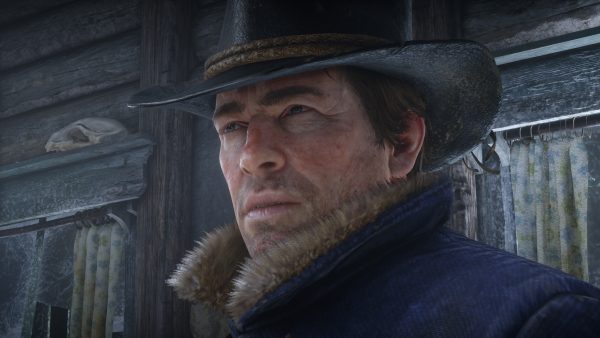 Most open-world games start us off with a character at their weakest. Rather than growing them through the story, we see characters grow in strength through systems: upgrade trees offer better abilities, allowing us to take on increasingly tougher enemies. Red Dead Redemption 2 turns all of that on its head.

You start the game as Arthur Morgan, gang leader Dutch Van der Linde’s right hand man. You are the guy everyone goes to with their problems. If someone needs violence inflicted upon them, Morgan is the gang’s fists. He’s not the smartest person in the group – nor does he claim to be – but he makes a good blunt instrument and he is practically wise.

Morgan’s stamina and health improve as you play (you can max out your stamina and health reserves early on), but the first handful of chapters have you playing as a man at his physical peak. He’s also at his most brutal. Morgan has a fierce loyalty to his leader and mentor, Van der Linde, and he is not afraid of inflicting pain on others to see his group thrive. 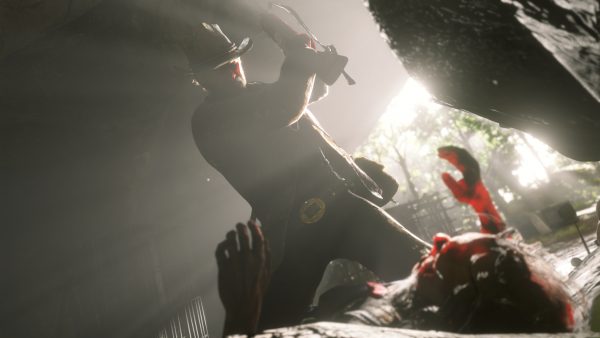 As the game draws to a close, Morgan softens. An early scene sees Morgan collecting a debt from a sick man. You don’t realise it at the time, but this encounter seals our antihero’s fate. He contracts tuberculosis, a disease spread through the air when someone ingests the blood or spit of an infected person – in Morgan’s case, it’s a man who he just beat to a pulp over a measly loan.

It’s a while before the disease takes hold, but the knowledge that his fate is sealed alters Morgan’s psyche. Unlike Marston, he isn’t forced to atone – he starts thinking back on his life, mulling over what is important, considering how far blind loyalty should stretch. Those considerations sow the seeds of doubt about Van der Linde, his delusions of grandeur, and his capacity for empathy.

During the nineteenth century, tuberculosis became known as the ‘romantic disease’ because the afflicted were said to grow more sensitive as they edged towards the grave, and the slow progress of the disease allowed them to get their affairs in order. I can’t think of another video game where you are setting the world right before your demise.

You can see this character growth in Morgan’s journal. Depending on where you are in the story, the writing changes, the pen strokes feel more rushed. It’s more obviously visible in his personality, and you can see it in his gaunt, pale face, and thin frame. In one touching moment, he admits that he is scared.

Even your surroundings reflect Arthur’s journey. As the gang heads further east (towards the civilisation they hate and away from the bountiful landscapes they crave), your camp loses key people, and the surviving gang members retreat inwards. People stop trusting each other, and the environment reflects this transformation, becoming gloomier with each new settlement.

Remember how Horseshoe Overlook allows you to see right across the plains below, into the wilds? Compare that to the camp in Chapter 6, nestled next to a dank cave and soaked in the soot of the nearby mining town. Rather than upgrading your lodgings as the game goes on, the camp – if you fully upgrade it – is as good as it ever gets in Chapter 2.

Where most games are obsessed with our characters growing stronger, Red Dead Redemption 2 flips conventions on their head. It takes Morgan on a metaphysical journey of growth as his body degrades, until he finally succumbs to the disease while staring out towards the setting sun. These themes are what make Red Dead Redemption 2’s story something I’ll never forget, and it’s also what elevates Arthur Morgan into one of the all-time best protagonists in the medium.