Valve has gone live with a couple of tweaks to Steam’s Upcoming Games tab, which should now surface more personalised picks.

The Upcoming Games tab is the latest corner of the Steam store getting Valve’s attention.

Accessible on every Steam homepage, the list – which expands to a full page when clicked on – is typically the place Steam users see the biggest games coming soon to Steam. With the massive number of games releasing every day on Steam, curating that page to offer relevant results has never been more important.

Valve has now upgraded the Upcoming Releases page to be more than just a simple chronological list. Now, the page will surface games that appear frequently on Steam users’ wishlists, or have been pre-ordered a lot – which Valve takes to mean people are interested in said game.

Anticipated next projects from popular developers and publisher should now make a bigger part of the list. Likewise if you follow certain publishers or developers, their upcoming games will always show up on the list. 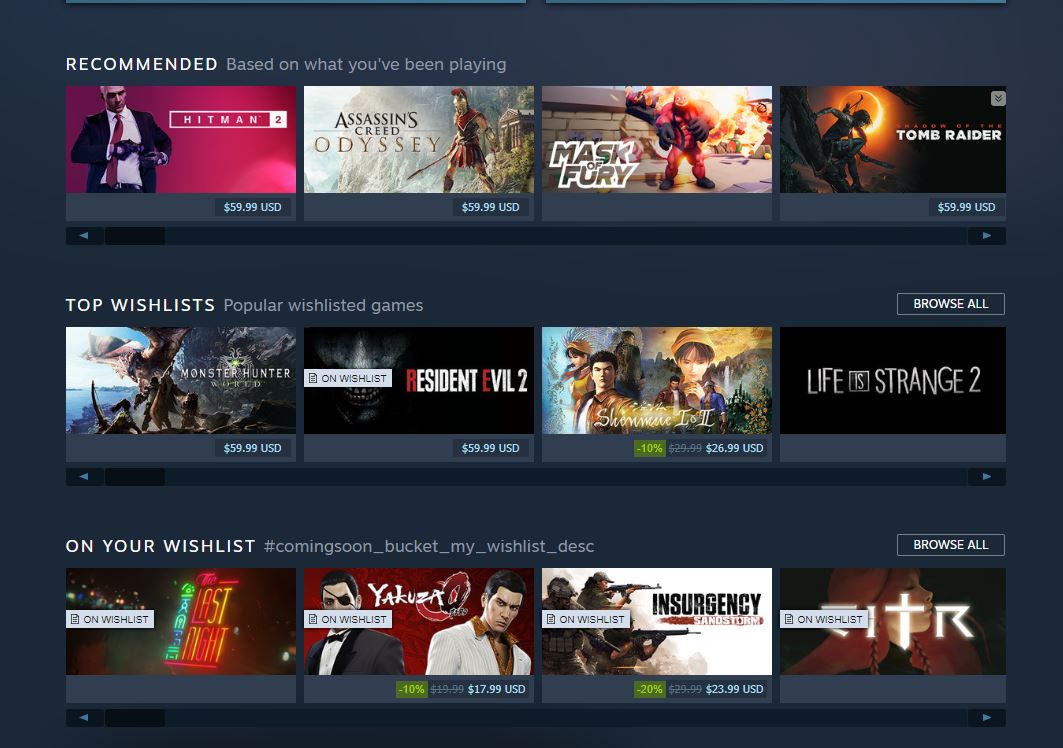 The most important change is that the list will no longer show you games you’ve indicated that you’re not interested in, or DLC for games you don’t own. If you prefer the list of upcoming games to show up without any filters, just browse the All Upcoming Games list.

A game that gets wishlisted by more and more users increases its chances of showing up the wider Upcoming Games list, but Valve said it’ll be monitoring the system to ensure people aren’t mass-wishlisting certain games to improve their “ranking.”

All of these changes can now be seen by all Steam users through the homepage.