Nintendo and eSports have always had a strange relationship. While the Smash Bros series seems perfectly geared for competitive play – especially the GameCube-era Super Smash Bros Melee – most releases since 2001 have been geared towards more casual players.

This is a dynamic game director Masahiro Sakurai is well aware of. In fact, during an interview with the Washington Post, Sakurai suggested this highlights a core philosophy within Nintendo itself.

“The philosophy behind [eSports] doesn’t go in line with Nintendo’s philosophy in that some of these players are playing for the prize money,” Sakurai said. “It comes to a point where [fans are] playing the game for the money, and I feel that kind of direction doesn’t coincide with Nintendo’s view of what games should be.” 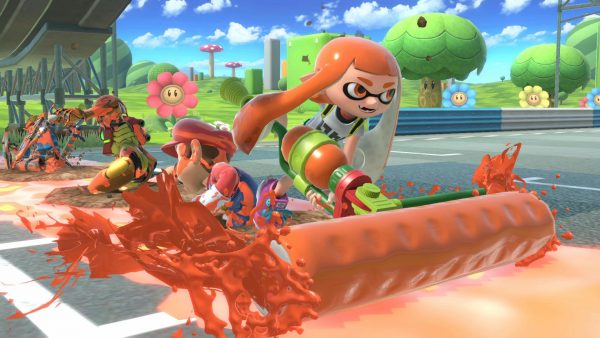 Nintendo didn’t respond to comment from the Post on its eSports relationship, although Nintendo of America head Reggie Fils-Aime has said he’d love to see Ultimate succeed in the tournament space. But Sakurai has also state that Ultimate won’t be as technical as Melee.

“I think a lot of Melee players love Melee,” Sakurai continued. “But at the same time, I think a lot of players, on the other hand, gave up on Melee because it’s too technical, because they can’t keep up with it.

“And I know there were players who got tendinitis from playing, and messing with the controller so much . . . that really is hard on the player. And I feel like a game should really focus on what the target audience is.”

That being said, it sounds like Super Smash Bros. Ultimate will try to balance these interests somewhat. For example, Sakurai has said Ultimate’s overall tempo has been increased, but moves like advanced moves like wave-dashing won’t be returning.

We’ll see how these decisions pan out when Super Smash Bros. Ultimate launches on December 7, 2018. It will be a Nintendo Switch exclusive.