Fans shouldn't feel cheated that the new Super Smash Bros. title plainly builds on the assets of the previous game. The game is looking so good that it really doesn't matter.

Nintendo has built up a history of quality, smart ports of Wii and Wii U games to the Switch already. Excellent games like Splatoon, Mario Kart 8 and Hyrule Warriors have all found a new lease of life on the Switch - and the newly revealed Super Smash Bros. Ultimate is more similar to those games than Nintendo might admit.

I played the better part of an hour of Smash Ultimate yesterday at E3, and the conclusion is this: it's brilliant, but it very much builds on the work done on the also-excellent Smash game for Wii U and 3DS. It's really an enhanced version of those games. Despite what some people crying about it online might tell you, that's fine.

If Smash for Wii U is Street Fighter 2, Smash Ultimate is Super Street Fighter 2 Turbo - an enhanced, better game that refines and adds to everything from the previous game for extreme polish.

In the world of fighting games it's perhaps best compared to something like the release structure of Street Fighter: if Smash for Wii U is Street Fighter 2, Smash Ultimate is Super Street Fighter 2 Turbo - an enhanced, better game that refines and adds to everything from the previous game for extreme polish. This really isn't a problem - Super Turbo is one of the greatest games of all time, and building in this way can give a game a confidence and level of refinement that a full do-over can't offer.

The big news at E3 was that the Smash Ultimate character roster will feature every single character that has ever appeared in a Smash game. This means there's some weird overlap, like three versions of Link (Breath of the Wild, Young Link, Toon Link), but it also means the return of Solid Snake, Cloud, Ryu and other third-party characters and aslo fan-favourite reappearances like Wolf. You can see all of that above - it's a bloody glorious trailer.

All of this can only really be achieved by having the game be what it is. Some of the characters have rebooted character models (the main Zelda series trio now taking their designs from Breath of the Wild, A Link Between Worlds and Ocarina of Time respectively), while others like most of the Fire Emblem crew are visually more or less identical to the Wii U game. The art style is a little different, but that appears to be driven by texture and lighting changes, with animation and models reused. This doesn't hurt at all, though.

Nintendo rarely does straight sequels like this, but by including work from the previous games in a less-overhauled state, Smash Ultimate suddenly has 65 characters. Nintendo isn't announcing stages with the same fanfare, but fans are piecing together a list from videos and screenshots and it's basically every stage that matters from the series, too. Ultimate is right. It's living up to its name. 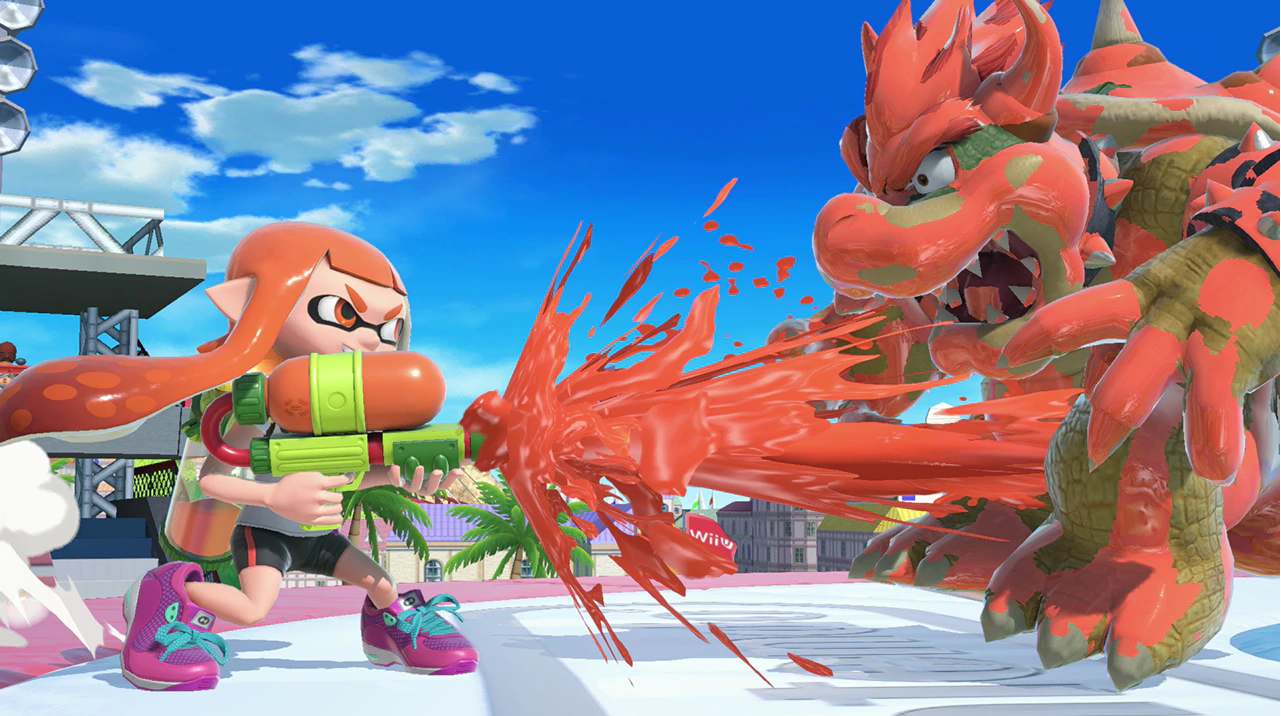 Also interesting is how Smash Ultimate seems prepared to bridge the gap between the different fan bases and communities the series has. One major piece of news is that there's a directional air dodge in Ultimate. This sounds like irrelevant minutia, but directional air dodging was the technique that opened up Melee more than any other game, leading to high-end techniques like 'wavedashing'. It's not clear if this'll make wavedashing or an equivalent new technique possible, but this is just one of a few major bones thrown to the competitive Smash communities, including the ability to turn off random stage hazards, thus eliminating the need to ban the majority of stages from tournament use.

Nintendo has been supporting Smash esports from the publisher level for a while now, but this feels like the first time Nintendo has given it a nod from the root, development level.

The smartest tweak of all in my opinion is to Final Smash super moves - they were previously wildly different depending on character choice and hugely unbalanced. They've been made more cinematic, less interactive and much quicker - so the flow of a match isn't horrifically interrupted. Pending final balance, I could see these being left on at tournament level now.

Nintendo has been supporting Smash esports from the publisher level for a while now, but this feels like the first time Nintendo has given it a nod from the root, development level. The manner in which things like the display of lives remaining and the current match leader now appear and other adjustments specific to one-on-one play certainly feel like they're for competitive Smash specifically. Whisper it, but if the fans nut up and bury their differences this could be the Smash game that unites its disparate competitive communities. 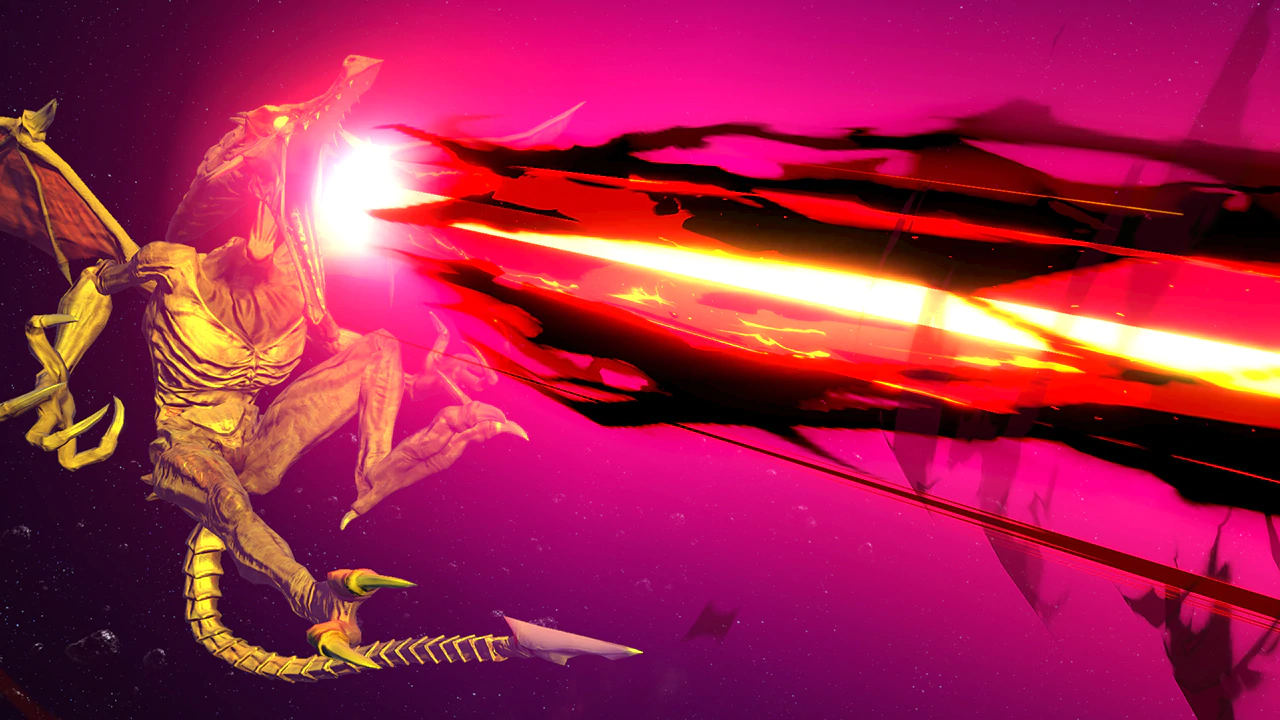 But then beyond that there's just more for the casual fans: more Pokemon (in the build I played, several Alolan form Pokemon pop up), more assist trophies, fantastic new rearrangements and remixes of classic music and new chaos-inducing items.

It looks like casual players will have absolutely loads to do - though we still don't know what the single-player offering will look like. Some other changes will benefit everyone, like slick versus screens and menus that are for my money a series best.

Then there's the all-new characters, of course. Clones are now echo characters, freeing Nintendo up to do a palette swap of Peach with slightly different move properties for Daisy, but Ridley and Splatoon's Squid Kids are all new. I played a few matches with both and they feel like worthy additions to the roster - both in terms of prestige in Nintendo's hefty stable of characters and utility for Smash.

Ridley is fairly run-of-the-mill - his gimmick is that he's a Very Big Lad, so he hits hard and has insane reach. The Squid Kids are the more interesting, with a mechanic where you deal more damage when you've covered your foes and the stage around them in ink but have to worry about reloading ink as in their own games in order to keep doing that. They seem like a more technical but potentially very potent character.

Anyway - Super Smash Bros. Ultimate feels absolutely amazing to play. Yes - if you want to get derivative, it basically is a deluxe or 'super' version of the Smash game we had on the Wii U - but is that really a problem? That was a great game, and with the competitive-friendly mechanical changes it actually feels quite different - and a little closer to Melee - right off the bat.

Whatever the origins of some of the assets in the game, the important thing is that it's good. Super Smash Bros. Ultimate is going to be the definitive fighting and party game experience on Switch. This is a foregone conclusion. I don't care if the character models are recycled - after this hands-on, I'm going to be there day one.